Writer-Director Darren Aronofsky is famous for challenging dramas like "The Black Swan" (2010) and the powerful "Requiem for a Dream" (2000). This time, with Noah, we get a stretch for the audience because of the sometimes silly and unconvincing (although never boring) moments.

More environmental than Biblical, Russell Crowe is exactly right as the obsessive, intense Noah. He's a zealot trying to save his family and trying to begin civilization over. When Crowe makes bad casting decisions, we forget what a good actor he is. Here he's the Crowe of Gladiator, an unbalanced, but often-loving zealot. The film is trying to appeal to teens with its huge stone monsters, (more Lord of the Rings than lord of the rains). It's a cinematic epic, a stimulating escape. Here's my one warning: All the animals are determined to get into the ark, so get ready to momentarily avert your eyes when someone yells, "Noah! Snakes!"

Does the new film about famed civil rights leader and labor organizer, Cesar Chavez, do him justice? It's directed by Diego Luna and attempts to connect its viewers to the struggles of farm workers. It's not great, but I'll say it's important and worth seeing.

Chavez is tenderly portrayed with strength by Michael Peña, who embodies how one determined person can change everything by embracing nonviolence while battling greed and prejudice. 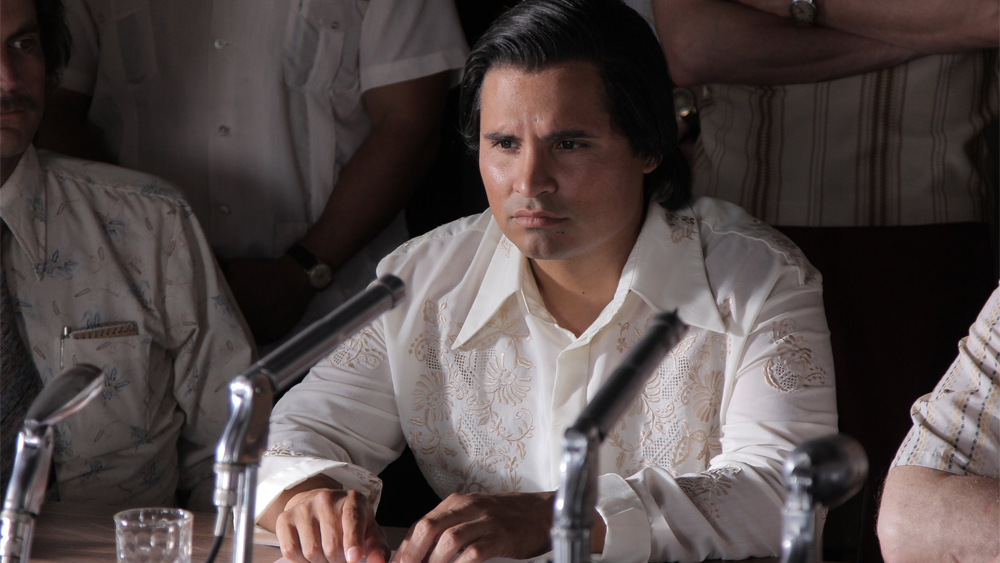 The film is a bit muted, but it asks us to pay attention—especially to the economics of the growers, personified by John Malkovich as a grape mogul. This is an important part of our history, and it's important that films give us stories about people in history who still matter today.