Those condition fanned a wildfire that grew to about 5 acres before responding crews were able to get a handle on the blaze.

A gust in the Healdsburg Hills was clocked at 96 mph and 94 mph at the nearby Pine Flat Road weather station. Blackhawk had a 69 mph gust and in the Oakland Hills 60 mph breezes were measured, according to the weather service. A high wind warning for the North Bay mountains was extended to 4 p.m.

In the Sierra, the weather service said a gust of 141 mph had been recorded.

In San Jose neighborhood along North 17th Street, a Friday afternoon gust uprooted a massive tree that crashed down on several vehicles.

"I was inside cooking," Omar Garcia told KPIX. "I heard a thump, a real loud sound. I thought it was a car crash because I heard a horn. Then I came outside and see the tree on my truck." 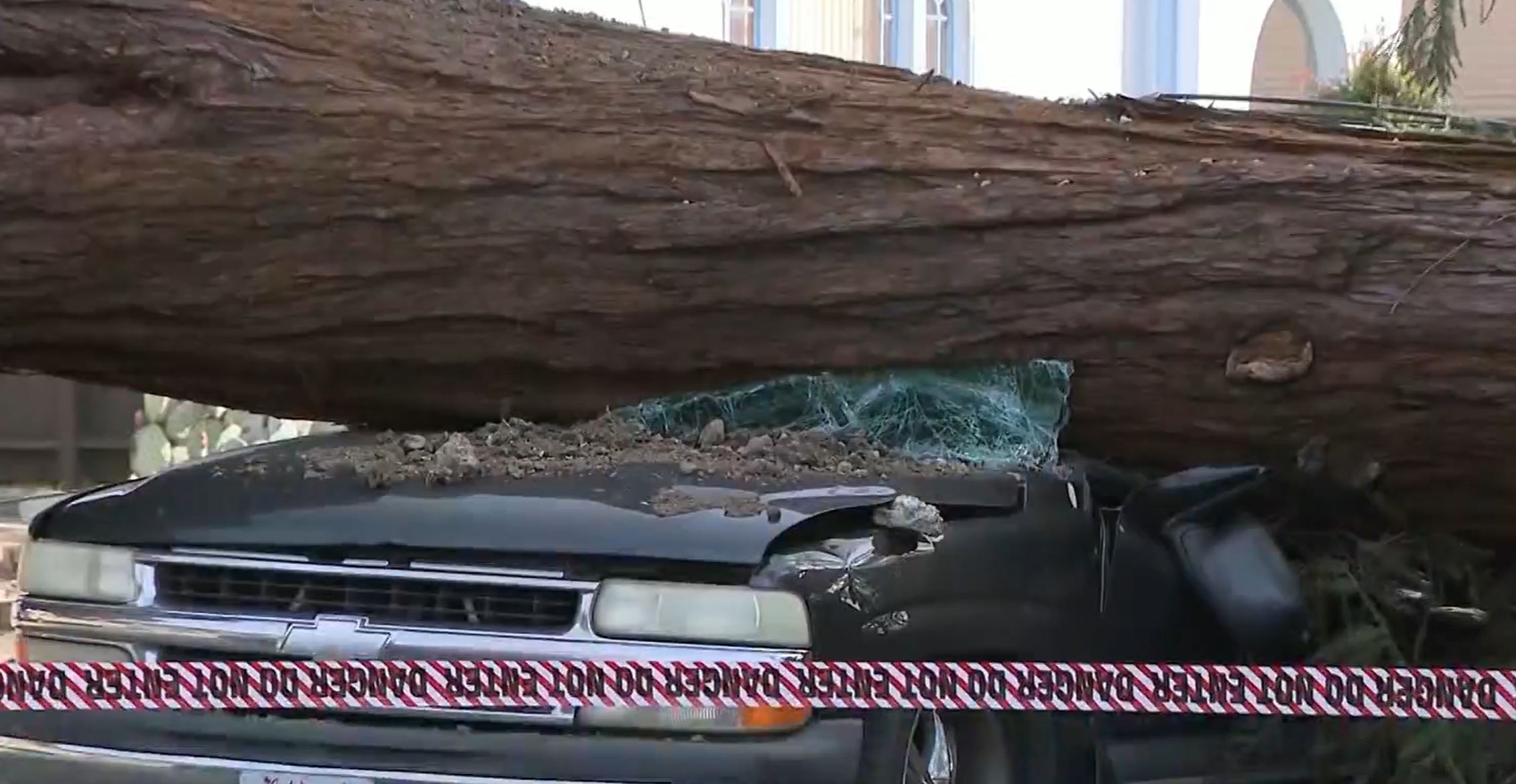 Fortunately, no injuries were reported.

Toppled trees were causing issues across the Bay Area on Saturday. In the Berkeley and Oakland hills, crews were responding to numerous reports of trees down.

Several trees were downed along Airbase Parkway in Fairfield. Police were asking residents to avoid Parkway in both directions for several hours as crews work to clear the road.

In San Mateo County, Highway 1 at Verde Rd. south of Half Moon Bay was closed for several hours Saturday morning in both directions due to downed branches and powerlines.

Cal Fire crews responded a tree toppling onto a home in Montara.

In Napa County, Silverado Trail was closed Saturday morning in both directions between Oak Knoll and Yountville Cross due to powerlines down. No ETA of when the roadway would be reopened has been given.

Pacific Gas & Electric officials reported that crews were working to restore service to more than 29,000 customers -- 27,833 of them in the East Bay.