YOSEMITE NATIONAL PARK (KCBS) -- As the stubborn Meadow fire continues to smolder in Yosemite National Park, new photos showing the harrowing helicopter rescue of some 75 hikers from atop Half Dome are emerging.

The 4700-acre fire is contained to an area behind Half Dome, but still sending smoke throughout the park, and forcing the closure of the following features among others (Check here for updates):

These trails and areas are open:

At its worst on September 7th, 2014, the fire raged up the back of Half Dome.  The National Park Service has released a few photos showing the view as the five CHP, Yosemite National Park, U.S. Forest Service, Cal Fire, and Sequoia/Kings Canyon National Park helicopters plucked 85 hikers from the granite ledge. 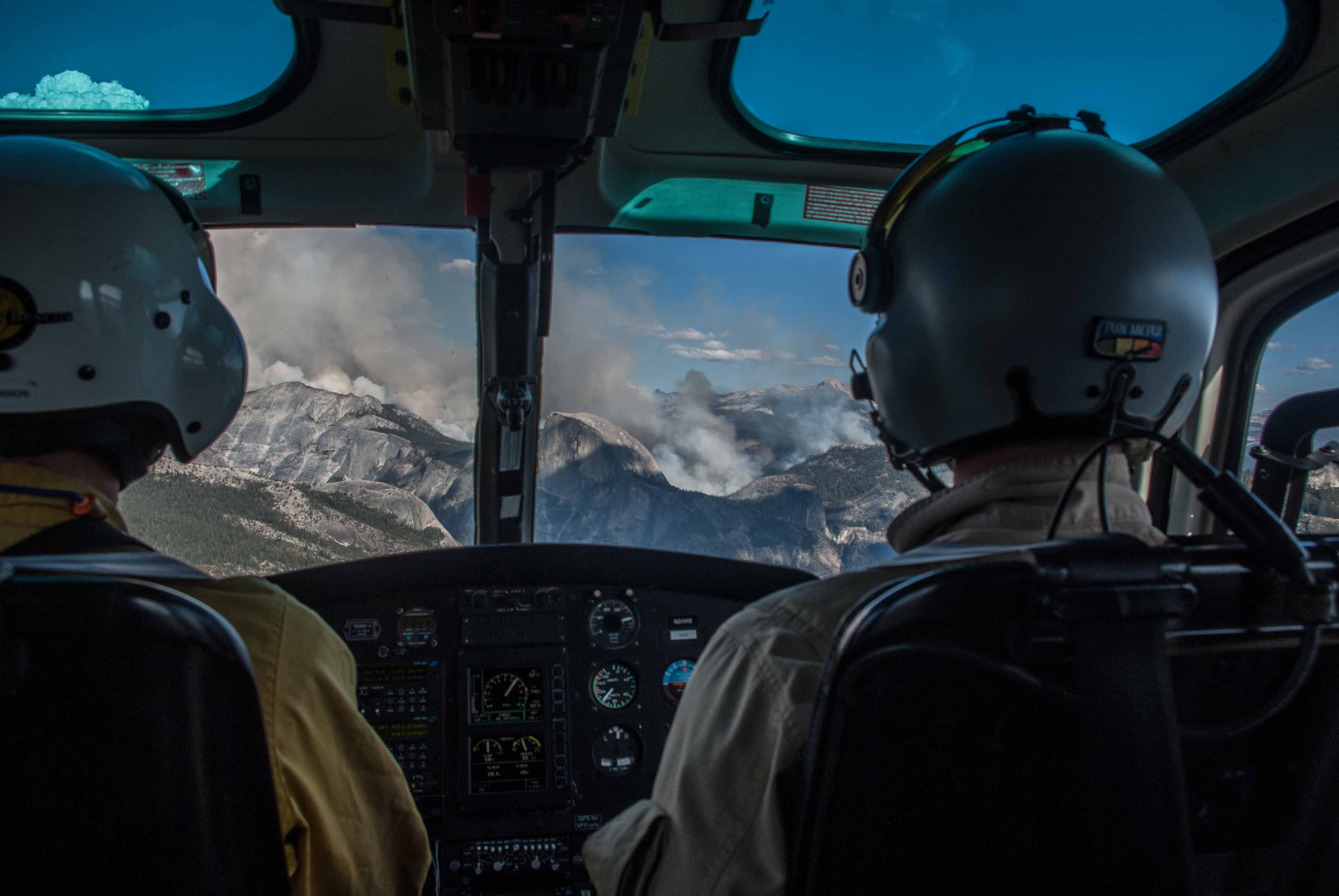