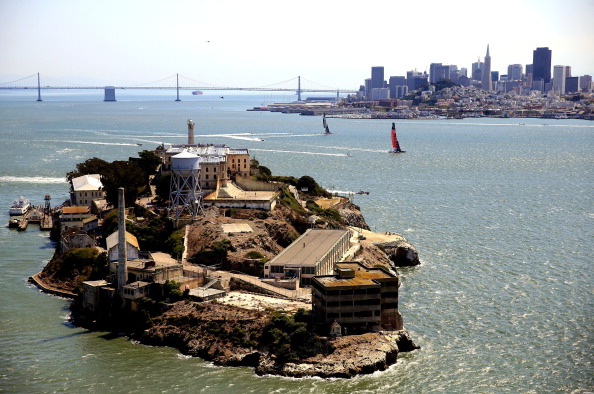 Home to the world's most photographed bridge and cable cars climbing "halfway to the stars," San Francisco truly is one of the world's greatest cities to visit. But what are some of the best places to visit in terms of dining, lodging and attractions? Even though you may only have time to visit on a weekend or over a three-day holiday, it's possible to see all of the best that San Francisco has to offer. The following information can benefit anyone visiting the City by the Bay and allows you to pick and choose which attractions you wish to see. Here is a comprehensive long weekend guide to San Francisco.

Getting to San Francisco

Because Amtrak does not serve San Francisco, travelers must take an Amtrak Thruway shuttle, with Emeryville in the East Bay, the closest station to San Francisco. The only other passenger rail service in the Bay Area is Caltrain, a commuter train operating between Gilroy in Santa Clara County to the San Francisco station, near AT&T Park.

Getting Around San Francisco

With its hills, one-way streets and numerous pedestrians, driving around San Francisco can be challenging, making public transportation a good alternative. Options include BART, Muni bus and rail service and the landmark cable cars, in addition to tour buses and bike rentals. Muni buses are the most prevalent form of transportation yet can be crowded, particularly on routes along Market Street to Chinatown and Fisherman's Wharf. Another option to Fisherman's Wharf is the Market Street Railway, also serving Union Square, Chinatown, North Beach and Coit Tower. 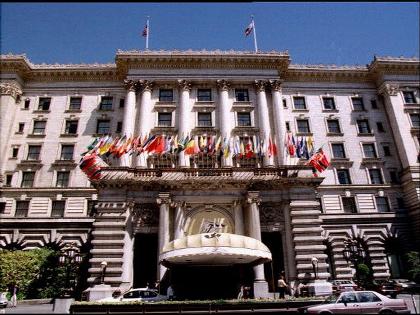 Overnight accommodations in San Francisco range from affordable hostels and European-style budget hotels to Victorian B&Bs and five-star hotels. However, average rates for hotels and parking are generally higher than many other American destinations.

With three convenient locations in the city, Hosteling International is a great choice for budget accommodations. All three locations, including Union Square and Fisherman's Wharf, offer free WiFi and breakfast. Advertised rates begin around $30 for a dorm bed to $110 for a two-person private room with shared bath. Other top-rated hostels are Green Tortoise in North Beach and USA Hostels in Union Square.

A number of motels can be found along the Lombard Street section of Highway 101, with average rates starting at $100. The Union Square neighborhood has several moderately priced, top-ranked accommodations, including Hotel Triton, Orchard Hotel and Union Street Inn. 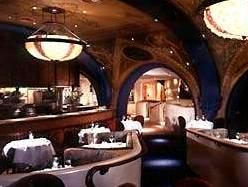 San Francisco is one of the world's top destinations for dining and typically ranked as the country's top two or three food destinations. That's partly because San Francisco has more restaurants per capita than any other American city, in addition to the diverse selection of high-end establishments.

Among the best low -cost eateries are Original Tommy's Joynt on Geary, Rosamunde Sausage Grill in the Haight and Lefty O'Douls in Union Square. It's also worth trying any of the excellent cuisine from the multiple food trucks operating in the city.

Many of the city's landmark restaurants remain affordable such as Buena Vista Café near Fisherman's Wharf, Cafe Zoetrope, Stinking Rose and Mama's in North Beach and, despite the lines of people out the door, the Swan Oyster Depot near Van Ness and Dottie's True Blue Café on Sixth Street.

The many fine dining establishments in the city help make San Francisco a top international destination for food lovers. Among the best are Atelier Crenn, Quince, Saison, Gary Danko, Campton Place and Michael Mina. Other historic restaurants are also worth a visit, such as the House of Prime Rib, Flor d'Italia, Oak Room at St. Francis Hotel, Garden Court at the Palace Hotel and the city's oldest, Tadich Grill.

Things to Do in San Francisco

For first-time visitors, certain attractions should be visited during a long weekend in San Francisco. The most obvious are the Golden Gate Bridge, Golden Gate Park, Union Square, Chinatown, Fisherman's Wharf and Alcatraz Island. Here are some suggested outings.

Union Square is a great place to start the day, especially since many travelers will be staying in hotels nearby and many eateries open early. It's also San Francisco's top shopping and theater district, in addition to one of the busiest for foot traffic.

Visitors can walk to Chinatown from Union Square but also have the option of taking a cable car or Muni bus. At Chinatown's northern border is North Beach, also known as Little Italy, with several outstanding ristorantes, coffee shops and a great view of Coit Tower. The iconic City Lights Bookstore is located in North Beach, as is Washington Square, home to one of the city's most beautiful churches – St. Peter and Paul's Church.

Parking at Coit Tower is very limited and visitors have the option of parking elsewhere and walking up Telegraph Hill, or taking Muni route 39-Coit, with service from Fisherman's Wharf. To continue on to Fisherman's Wharf, visitors can take the Powell-Hyde cable car near Chinatown.

At Fisherman's Wharf, visitors can enjoy spectacular views of the San Francisco Bay, Alcatraz Island and the Golden Gate Bridge, particularly at the pier where the USS Pampanito is docked and at the end of the popular Pier 39 entertainment complex.

A visit to Alcatraz Island is high on anyone's list of top attractions at Fisherman's Wharf, but advance tickets should be purchased online. Opening this summer is Madame Tussauds San Francisco, which will showcase amazing wax figures of well-known people such as Adele, Rihanna, President Barack Obama and Facebook CEO Mark Zuckerberg. Other Fisherman's Wharf highlights include Ghirardelli Square, bay cruises and the Aquarium of the Bay at Pier 39.

Another world famous attraction is the narrow and crooked Lombard Street, a half mile from Fisherman's Wharf. Due to its popularity, cars travel down the street all day long and visitors are advised to not disturb residents. Many visitors like to have photos taken at the base near Hyde Street but are advised to watch for traffic.

A great way to end each weekend night is a return trip to Union Square, for shopping, dining, live music or perhaps a Broadway show in the theater district or in North Beach, featuring the wildly popular "Beach Blanket Babylon," the longest-running musical revue in theater history at Club Fugazi.

The first stop on day two is Alamo Square home to the world-famous "Painted Ladies" Victorian homes in the Western Addition district and easily one of the city's most photographed locations. One mile away is the colorful Castro district, the largest gay neighborhood in the country, with several businesses and crowd-pleasing entertainment, including one of the city's last remaining movie palaces, the Castro Theater. The world famous Haight-Ashbury district, epicenter of the counter-culture movement of the 1960s, is about one mile from the Castro. Today, the Haight is filled with many outstanding dining options and eclectic shopping. Not far from the Haight is Golden Gate Park, at 1,017 acres, it is the city's largest and most popular. Top attractions in the park include the Japanese Tea Garden, de Young Museum, Conservatory of Flowers and the California Academy of Sciences, featuring the Steinhart Aquarium.

The next stop is Crissy Field, a former military airfield, about five miles north of Golden Gate Park. A popular place for cyclists, walkers, picnickers and dog owners, visitors will enjoy some of the city's most breathtaking views of the Golden Gate. Although there are fabulous views of the Golden Gate all along this two-mile stretch, the most amazing is at Fort Point, made famous by Alfred Hitchcock's 1958 thriller "Vertigo." If time permits, a few other outstanding attractions are nearby - Presidio of San Francisco (featuring the Walt Disney Family Museum), Palace of Fine Arts, Legion of Honor featuring Monet's "Water Lilies" and Rodin's "The Thinker," Land's End and the Cliff House.

Related: How To Stay Healthy While Traveling