Newsome cut straight to the chase Monday, opening his comments by noting that the job of nominating justices for California's Supreme Court is one of the most consequential duties given to governors by the state's constitution.

"Today I am honored to add another distinguished name to that long legacy of jurisprudence," Newsom said. "Judge Martin Jenkins is both a product and a protector of the California dream."

Newsom said that Jenkins was the son of a San Francisco janitor who worked at Coit Tower and a nurse. He later went on to play professional football briefly for the Seattle Seahawks before beginning a career in law, attending law school at the University of San Francisco before working as a civil rights attorney and a prosecutor in Oakland, then as a Superior Court Judge before being named to the federal bench by President Bill Clinton. 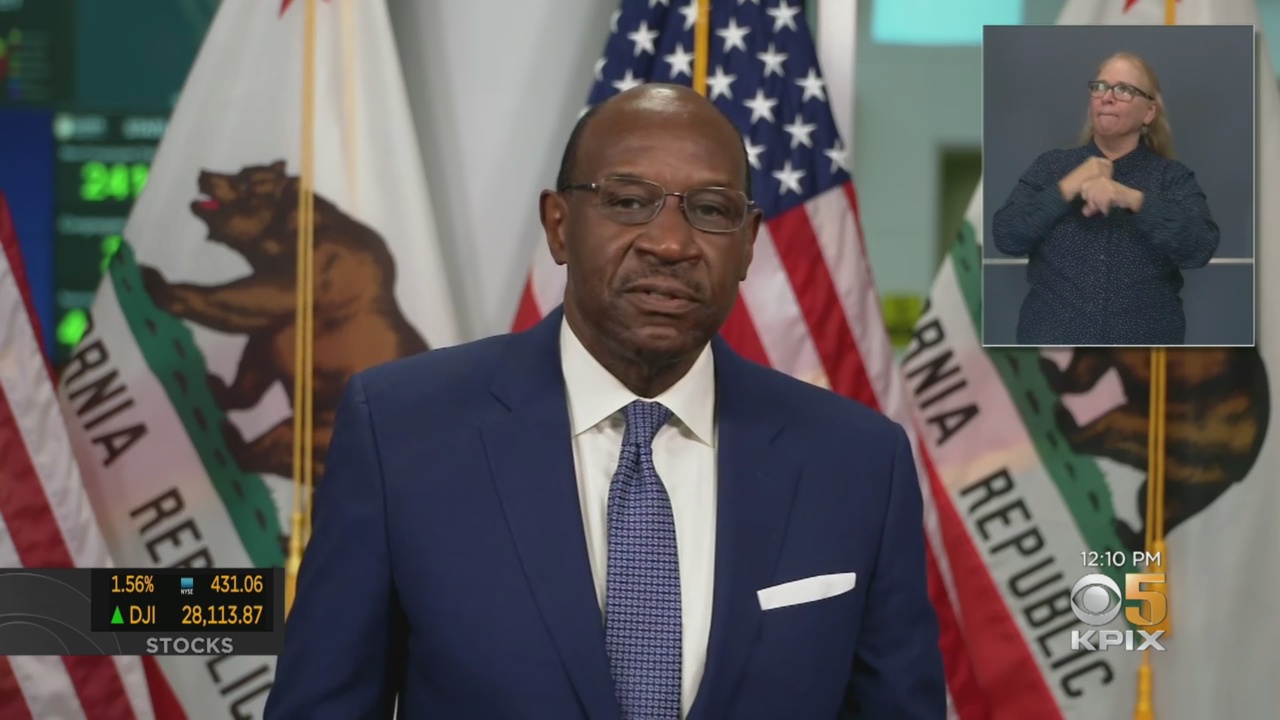 "Over a distinguished career that spans more than four decades, Judge Jenkins has worked at every level of our vaunted legal system," said Newsom. "Somehow, we were able to lure him out of a well-deserved retirement at the beginning of my administration to serve as Judicial Appointments Secretary, where he has helped me elevate some of the most diverse and able legal minds ever assembled to the California bench."

The governor noted that Jenkins was an historic pick as both the third Black State Supreme Court Justice in California's history and as the first openly gay justice nominated.

"And, trust me, as someone who understands first hand the role of the court in determining marriage equality to be a fundamental right, I can't tell you how important it is to have someone on the bench who is a living, breathing of the idea that love conquers all," the governor said.

Newsom then introduced Judge Jenkins, who spoke briefly, offering his thanks to Newsom for the nomination and opportunity.

He also addressed the historic nature of his nomination.

"I want to say something about being a first. There have been firsts and there will continue to be firsts," said Jenkins. "There is a significant responsibility that goes with being first, that I think can be best dispatched in doing the work at the highest level I possibly can."

Jenkins also took a moment to speak directly to young people of California, specifically the LGBTQ youth of the state.

"It is deep in my character, afforded me sensibilities about the world and about people who are not so willing to accept that people can love differently than they do but nevertheless love sincerely and genuinely and effectively. I want these young people to know that living a life of authenticity is the greatest gift you can give yourself."

If appointed, Jenkins will fill the vacancy created by Associate Justice Ming W. Chin, who is retiring.