SAN FRANCISCO (CBS SF) -- A beam draped with an American flag was hoisted to the top of the Chase Center, the future San Francisco home of the Golden State Warriors, on Friday marking a major milestone in the construction of the new arena. 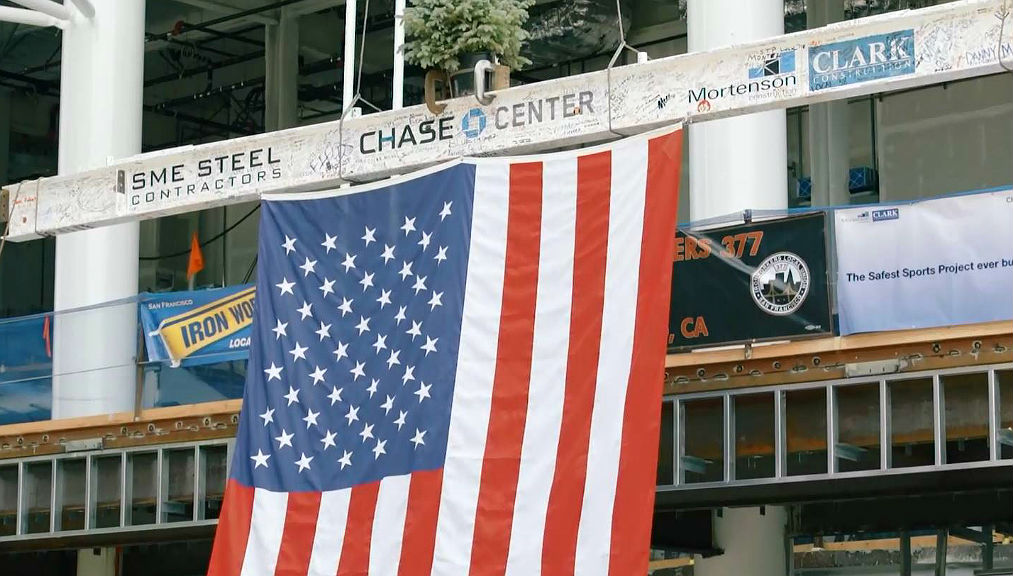 The 'topping out' -- a tradition in construction -- symbolizes the completion of steel erection at the arena with the final beam being hoisted in place at the ceremony.

The beam bore the signatures of all 1,200-plus construction workers, members of the Warriors organization and community leaders.

"The benefit of being born and raised around here is I get to drive by this site every day with my daughter," said Scott Santos, who is working construction at the Mission Bay site. "Every time I drive by here I tell her -- 'Your father was a part of that project' -- and the smile on her face just melts my heart...That's bragging rights that we all have." 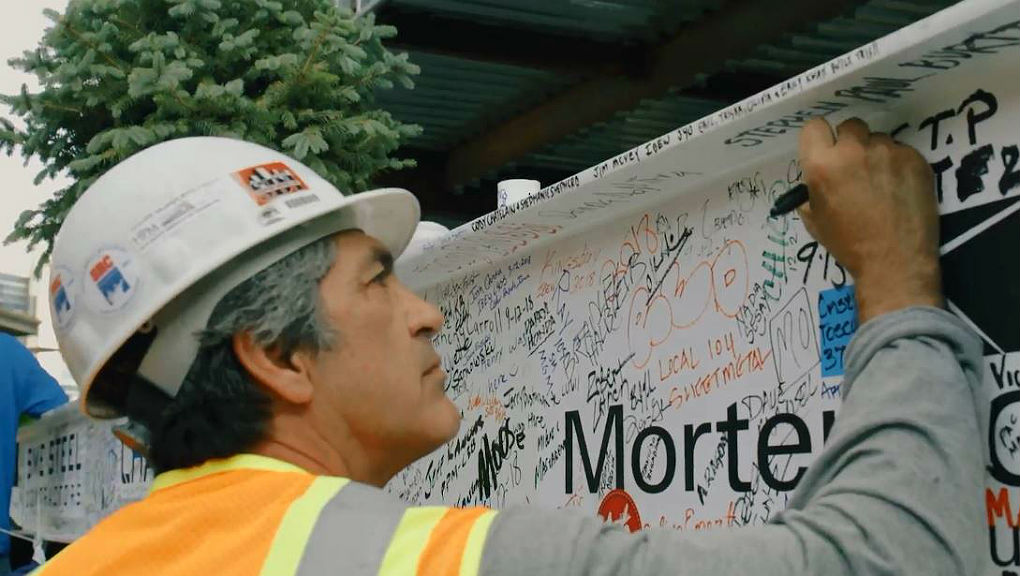 Warriors President and Chief Operating Officer Rick Welts saluted the workers for their efforts and recalled the day back on May 2012 when the team announced its plans to leave Oakland and move to San Francisco.

"It was the only groundbreaking to ever lead ESPN Sportscenter," he told the crowd. "Today is more than just lifting a beam. It's about celebrating all of you out there in those (construction) vests because this is your day."