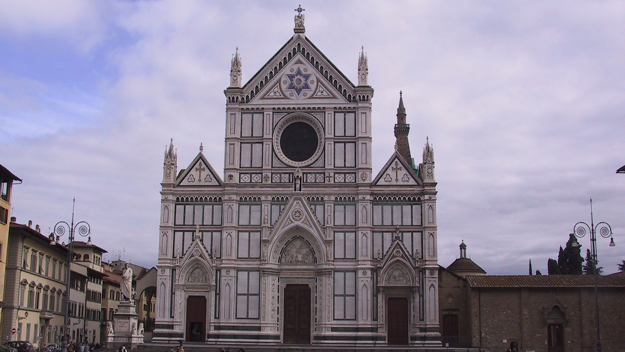 With images of rolling hills and flowing fields of olive groves and vineyards, Tuscany (Toscano) is one of the world's great culinary destinations. Based upon a centuries old method of cooking known as cucina povera (poor kitchen, peasant cooking), Tuscan cuisine is defined by using simple ingredients that result in extraordinary flavors and creative dishes. For those planning a trip, here's a food lover's guide to the best cities and restaurants in Tuscany, in addition to traditional Tuscan dishes and amazing street food.

An introduction to five of the best cities and provinces for dining in Tuscany. Each of the following represents the capital cities of each eponymously named province. For instance, Florence is the capital city of the province of Florence.

Florence is the capital of Tuscany and one of the most beautiful cities in Italy. It's also the largest city in the region and is world renowned for its fabulous collection of Renaissance art and architecture, including Michelangelo's statue of David, Florence Cathedral, Palazzo Vecchio and the Uffizi Gallery. The most celebrated restaurant in the historic city is Enoteca Pinchiorri, Tuscany's only Michelin three-star restaurant led by founder and sommelier Giorgio Pinchiorri, his wife and executive chef Annie Féolde, along with two other famed chefs, Italo Bassi and Riccardo Monco. Other exceptional restaurants to visit in the city and province of Florence are Ora D'Aria, La Bottega del Buon Caffe, Le Tre Lune in Calenzano and La Torre and Osteria di Passignano in the village of Tavarnelle Val di Pesa.

In the southernmost portion of Tuscany, Grosseto is the least known of the featured recommendations for gourmet cuisine. But those who are familiar with the city and province will say it's without question one region not to miss for inventive dining. Extraordinary restaurants can be found throughout the region, particularly the three Michelin two-star restaurants — Bracali in Massa Marittima, Caino in Montemerano and Il Pelicano in the coastal city of Porto Ercole. Other notable restaurants in a collection of over 300 in the province are All'Acquacotta in Saturnia, Silene in Seggiano and Alain Ducasse's Trattoria Toscana in Castiglione della Pescaia, led by Alain Ducasse, one of the world's most honored chefs.

Located 10 miles northwest of Pisa, Lucca is the capital city of the eponymous province. Although not widely known as a tourist destination, this region is clearly one of Tuscany's best for amazing cuisine. The finest restaurants can be found in the capital city such as Butterfly and L'Imbuto, in addition to the coastal cities of Forte dei Marmi and Viareggio. The top recommendation for fine dining in the province of Lucca is Piccolo Principe (Little Prince) at the Grand Hotel Principe Di Piemonte, a luxury resort in Viareggio. Romano is another outstanding restaurant in Viareggio with other great restaurants for foodies to experience like Bistrot, Lorenzo and La Magnolia in Forte Dei Marmi. One last reason to consider visiting Lucca is its proximity to Cinque Terre, one of Italy's most photographed destinations, known for its colorfully painted homes overlooking the Ligurian Sea.

Known around the world for its leaning tower, Pisa is just a short train ride from Florence. Situated along the River Arno, there are hundreds of restaurants throughout the capital city of Pisa, including fine dining and a wealth of pizzerias. Best choices for restaurants featuring local cuisine include Nando, Ristorante da Gino, Osteria dei Cavalieri and Quarto D'ora Italiano for arguably the best pizza in the city. However, the most acclaimed restaurant lies outside Pisa in the coastal city of Tirrenia. That distinction goes to Lunasia, a Michelin-starred restaurant located inside the Green Park Resort.

One of the most beautiful cities in all of Italy, Siena is as famous for its stunning Gothic architecture as it is for its simple yet exceptional cuisine and fine wines. Located within the Tuscan hills south of Florence, Siena is host to several outstanding restaurants, such as La Taverna di San Giuseppe and Osteria Le Sorelline. But all of the most acclaimed restaurants are in provincial communities outside the capital city, including Il Colombaio in Casole d'Elsa, La Bottega del 30 in Castelnuovo Berardenga, I Salotti in Chiusi, Castello di Fighine and Arnolfo in Colle Di Val D'Elsa. Also not to be missed are the flowing vineyards within the Chianti wine region, the source for Italy's most famous wine and the most popular red in the U.S. For guilty pleasures, visiting foodies should try famous local confections, like Ricciarelli biscuits and panforte, both very popular treats over the holidays.

Each asterisk in the following featured restaurants represents the number of stars awarded by the Michelin Guide, widely considered as the world's foremost authority for restaurant guides and ratings. A single Michelin star signifies a very good restaurant but still among a very select group, while two stars signifies excellent cooking and "worth a detour." The ultimate rating of three stars signifies excellent cooking that is worth a "special journey" and is arguably the most coveted award any restaurant around the world can receive. However, Michelin stars, which originated in France, are not awarded to restaurants in every international country or city. For example, in the U.S., Michelin stars are currently only awarded to restaurants in Chicago, San Francisco and New York. In Tuscany, there is only one restaurant that has been awarded three stars and only eight throughout Italy.

The following is a list of some of the most popular Tuscan dishes.

While Tuscany is best known for fine dining, it's also known for having some of the best and tastiest street foods.  Here is a just a sampling of some delicious foods for on-the-go.

Although the list below seems sizable, Tuscan cuisine is typically defined by the use of simple ingredients but with high quality. Below are essential foods and ingredients, with some deserving a special place of their own.

Related: How To Guide For Traveling Alone