A fourth-generation Napa Valley winemaker, Rob Mondavi, Jr.'s enthusiasm for wine began more than 30 years ago. The son of Isabel and Michael Mondavi, Rob was raised in Napa Valley and spent much of his childhood playing among the vines and barrels at Robert Mondavi Winery. Growing up, Rob worked in a variety of roles at the family winery, from vineyards to cellar to hospitality.

An entrepreneur from a young age, he started his own business hosting mountain bike tours through the Napa Valley wine country. After graduating from college, Rob worked in sales with Southern Wine & Spirits, a major distributor of fine wines. 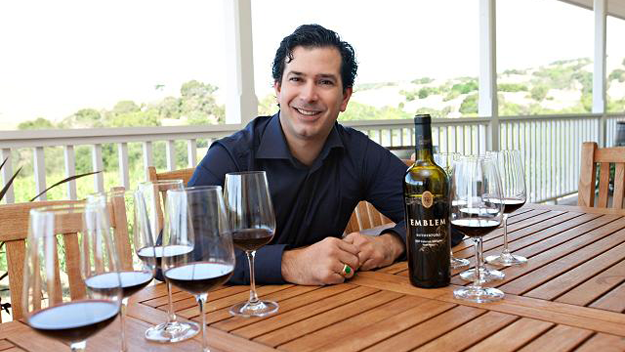 Fueled by a desire to learn more about the international business culture, he moved to Panama for a year. When he returned in 1996, he established the Napa Cigar Company, a Napa-based importer of premium cigars from the Dominican Republic, Nicaragua and the Canary Islands. Rob left his cigar business in 2000 to join the Robert Mondavi Corporation. After one year as a luxury brands sales manager, he was promoted to sales director in 2001 with responsibility for developing and managing sales of the company's imported wines from Australia, Chile and Italy in more than 20 states. After three years in sales, Rob moved home to the Napa Valley and took on the role of director of marketing at Robert Mondavi, spearheading the winery's trade marketing programs. 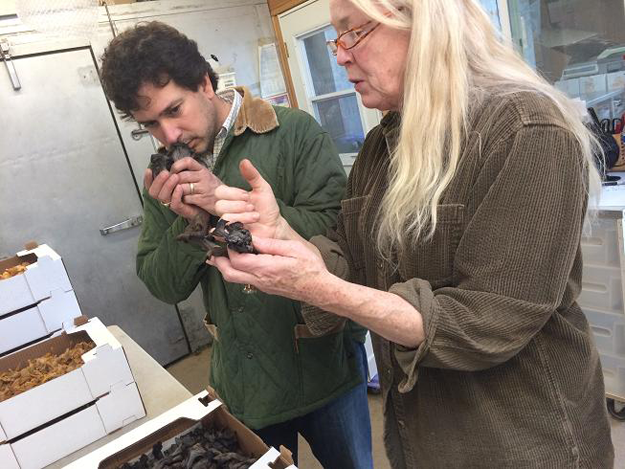 In 2004, Rob and his family founded Folio Fine Wine Partners, followed by Michael Mondavi Family Estate in 2006. His role as president of winemaking has enabled him to return to his first passion: today Rob is the winemaker for Isabel Mondavi Wines and Spellbound.

Rob holds a Bachelor of Arts degree in English literature from Santa Clara University. He is an avid duck hunter and fly fishing enthusiast and resides in the Napa Valley with his wife, Lydia, and their young son.

We ventured 1000 feet above Napa and into the hills overlooking Yountville for our Foodie Chap chat. We met with the Fungi Queen - Connie Green (pictured above) a wonderful woman who Rob credits with teaching him about the earth, mushrooms, truffles. She is indeed a firecracker and is the supplier of all things fungi to her Michelin Star neighbors Chefs Michael Chiarello, Thomas Keller, Christopher Kostow and many more. The wall of enticing aromas that hit us as we entered Connie's fungi fridge was mind-blowing or nose-exploding!!

Rob returned with me to the kitchen at the Michael Mondavi Family Winery after our visit with Connie. He rustled up a delish gnocchi dish (yes handmade) with black trumpet mushrooms and french black truffles. The lunch was paired with a bottle of Rob's "Isabel Mondavi" Pinot Noir, an elegant wine with good legs inspired by his mother.

Wine making is in Rob Mondavi Jr's bones, but so to is passion a steadfast commitment to quality and a love of land and people.

Enjoy the conversation and do yourself a favor and try the knockout gnocchi recipe at home. 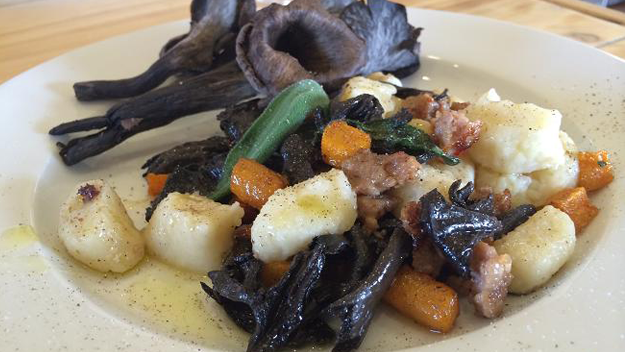 Cook 1 pound of medium sized Yukon Gold or russet potatoes in lightly salted boiling water until done, about 20-30 minutes. Let the potatoes cool for 10 minutes then peel them with a knife or a peeler.

Run the potatoes through a food mill or potato ricer, or grate them on the large holes of a box grater (grated baked potatoes will fall apart, which is the goal). You can also break up with two forks until well mixed & non-lumpy, being careful not to over-mash potatoes. Cool them to lukewarm, about another 10 minutes.

Combine 1 cup flour and salt and mound on a clean working surface. Make a reservoir in the center of the flour. Add riced potatoes to the center and begin to very gently work the potato into the flour with your fingers. The mixture should form a dough that does not readily stick to your hands. If sticky, add the last 1/4 cup of flour, a bit at a time, until the dough is soft but just slightly sticky. The dough should be able to hold its shape enough to be rolled into a rope.

(Variation: Many gnocchi lovers enjoy adding a whole egg when they begin to combine the flour and the riced potato. If you are adding egg, gently beat prior to adding to the mixture. Both variations are lovely.)

Divide the dough into quarters. Roll each piece into a long rope, about 3/4-inch thick. Cut each rope into 3/4-inch lengths. Place the gnocchi onto a sheet of well-floured parchment or wax paper.

While potatoes are boiling, prepare 1 cup of butternut squash: Preheat oven to 400 degrees F. Remove skin and seeds and cube to roughly 1/2 inch square. Toss with 1 tablespoon olive oil then sprinkle with salt and pepper to taste. Add the cubed butternut to a baking sheet, and roast approximately 20-25 minutes, tossing halfway through, until caramelized on the exterior and tender in the center. Remove from oven.

Add gnocchi to a pot of lightly salted boiling water and cook approximately 2 minutes, until gnocchi float to the top. Meanwhile, prepare a serving platter with a drizzle of olive oil to make the base non-stick. As the gnocchi begin to float to the top, remove them with a slotted spoon onto a serving platter. Sprinkle with salt and pepper while they are resting.

Add 1/2 stick of butter to a medium-sized sauce pan and melt over medium-high heat. Add 7-8 leaves of whole sage. When the sage leaves are crispy, add the cooked sausage and butternut squash, lightly tossing in the pan to evenly coat the ingredients with the butter and sage mixture. Pour over gnocchi and immediately serve.
Serve grated Parmigiano cheese as the finishing accent.

NOTE: If you choose to add mushrooms, simply, sautè 1 cup of your favorite mushrooms and toss in the sauce pan along with the butternut, sage and sausage.