Our Foodie Chap profile this week is Jon Favreau, not a chef, but an actor who plays Chef Carl Casper in the movie...wait for it .... "Chef." The Hollywood "jack-of-all-trades" is best known as the actor and director behind the blockbuster "IRON MAN" franchise . His breakout role was in the 1996 cult movie "Swingers."

In "Chef" - Favreau's character quits his job at a prominent Los Angeles restaurant after refusing to compromise his creative integrity for it's controlling owner (Dustin Hoffman). He heads to Miami with his ex-wife (Sofia Vergara), his friend and sous chef (John Lequizamo) and his son to launch a food truck. The hot item on the truck the "CUBANO" sandwich. The truck takes him back to his roots and reignites his passion for the kitchen AND zest for life and love.

Favreau is a self confessed "foodie'. He grew up in Queens, New York the son of a Jewish mother and Italian father there was always good food on the table; "There was spaghetti and meatballs for dinner and bagels and lox for breakfast" he told me.

We met at the Ritz Carlton for our Foodie Chap chat. He told me about one of the best meals of his life? and who he would invite to his Last supper? Watch the tasty questions for the answers.

Enjoy the tasty interview and please check out the recipe for the CUBANO sandwich (below). Oooh and go see "Chef" now playing in Bay Area theaters. It's a film with a lot of heart, that will tug at your heartstrings and leave you with a rumbling tummy. Favreau is on point as Chef Casper. He may even inspire you to cook. 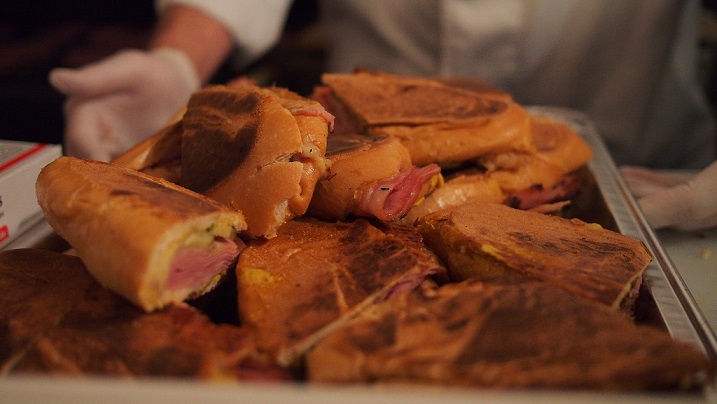 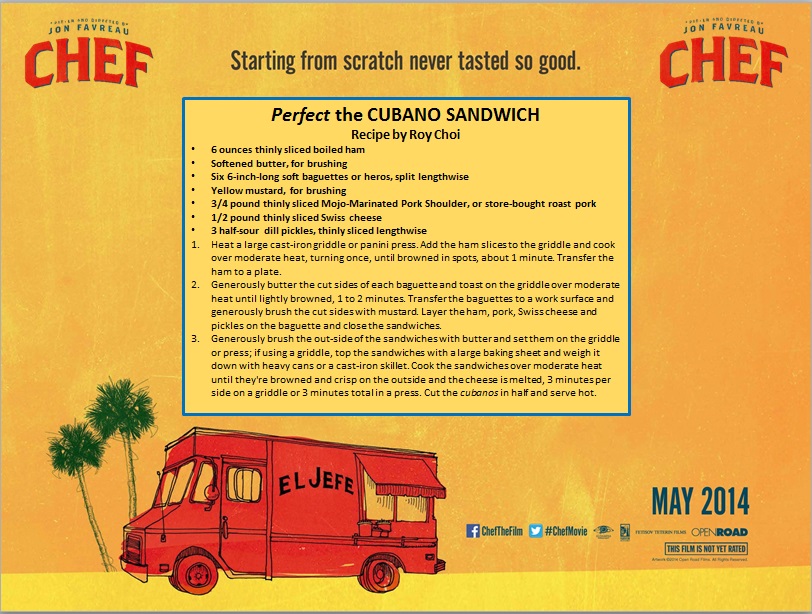