The National Weather Service issued the flood warning until 4:45 p.m. after a potent storm cell rolled into the San Francisco area from Pacifica, packing 40 mph winds and steady, intense downpours around 2:30 p.m.

San Francisco Muni officials tweeted that train service between West Portal to Embarcadero Station had been shut down due to flooding.

Radar showed the potent plume of stormy weather from the 'atmospheric river' slamming into San Francisco Peninsula with driving downpours.

Saturated hillsides and gusty winds also toppled trees. In the Oakland hills, firefighters responded to a massive tree that had crashed into a home. No injuries were reported, but the home was heavily damaged. 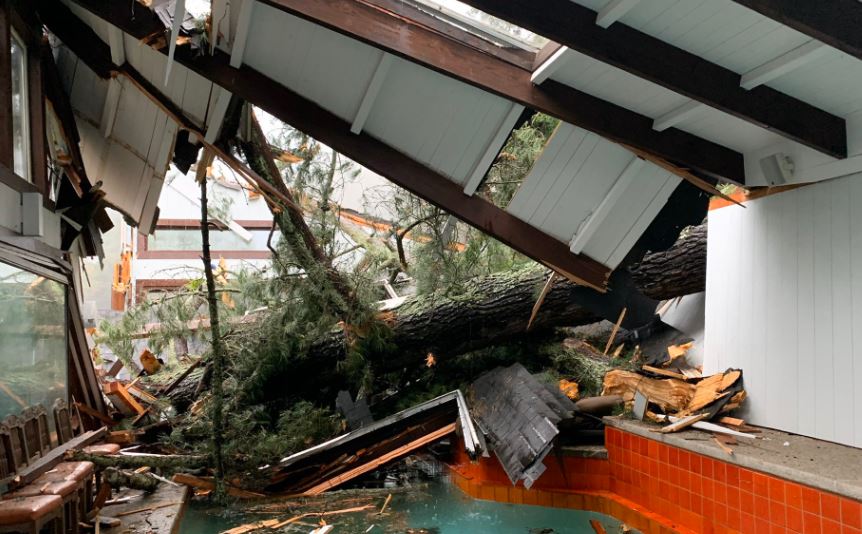 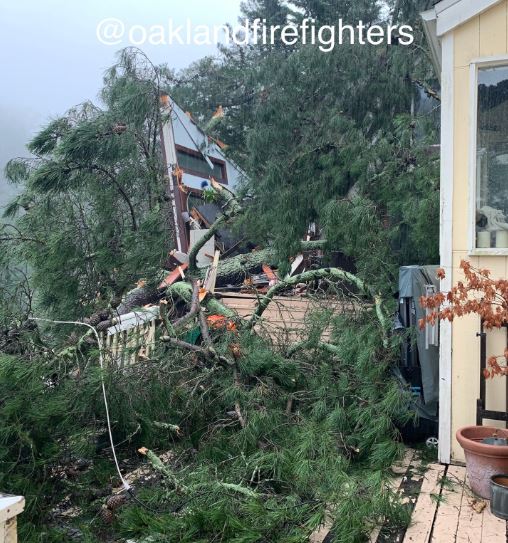 In San Francisco, two people were hospitalized Saturday afternoon after a large tree fell on them in the Presidio Heights neighborhood, fire officials said.

The man and woman were on the sidewalk in the area of Locust and Clay streets when the tree, about 30 to 40 feet tall, came down on top of them, the San Francisco Fire Department posted on Twitter.

They were taken to a trauma center about 1:30 p.m. with non-life-threatening injuries, fire officials said. 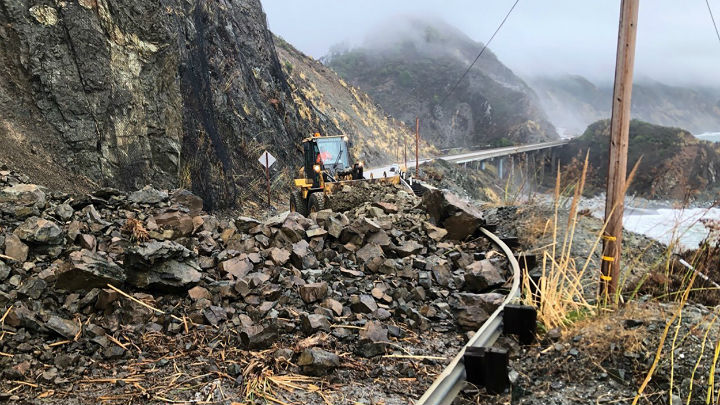 In the Sierra, the storm front dumped heavy snow and created whiteout conditions on I-80 at the Donner Pass while the Sierra Avalanche Center in Truckee issued a backcountry avalanche warning including for the greater Lake Tahoe area until Sunday morning.

"Increasing avalanche danger is expected to reach high danger this afternoon and tonight in the mountains," the National Weather Service warned. "High intensity snowfall and strong winds are creating dangerous avalanche conditions. Natural avalanches and human-triggered avalanches are expected. Some avalanches may be large and destructive."