SAN FRANCISCO (CBS SF) -- The first-ever national report by the Center for Disease Control to include students' sexual identity when looking at youth violence found queer students were over three times more likely to have been raped than their heterosexual classmates.

The 2015 report is based on surveys of students between ninth and twelfth grade in 25 states. It found that lesbian, gay and bisexual students were not only far more likely to be raped, but also more likely to experience sexual and physical dating violence and bullying at school or online.

The study marks the first time that surveyed students were asked about their sexual identity and their sexuality, although teenagers were still not given an option to identify themselves as transgender on the survey. 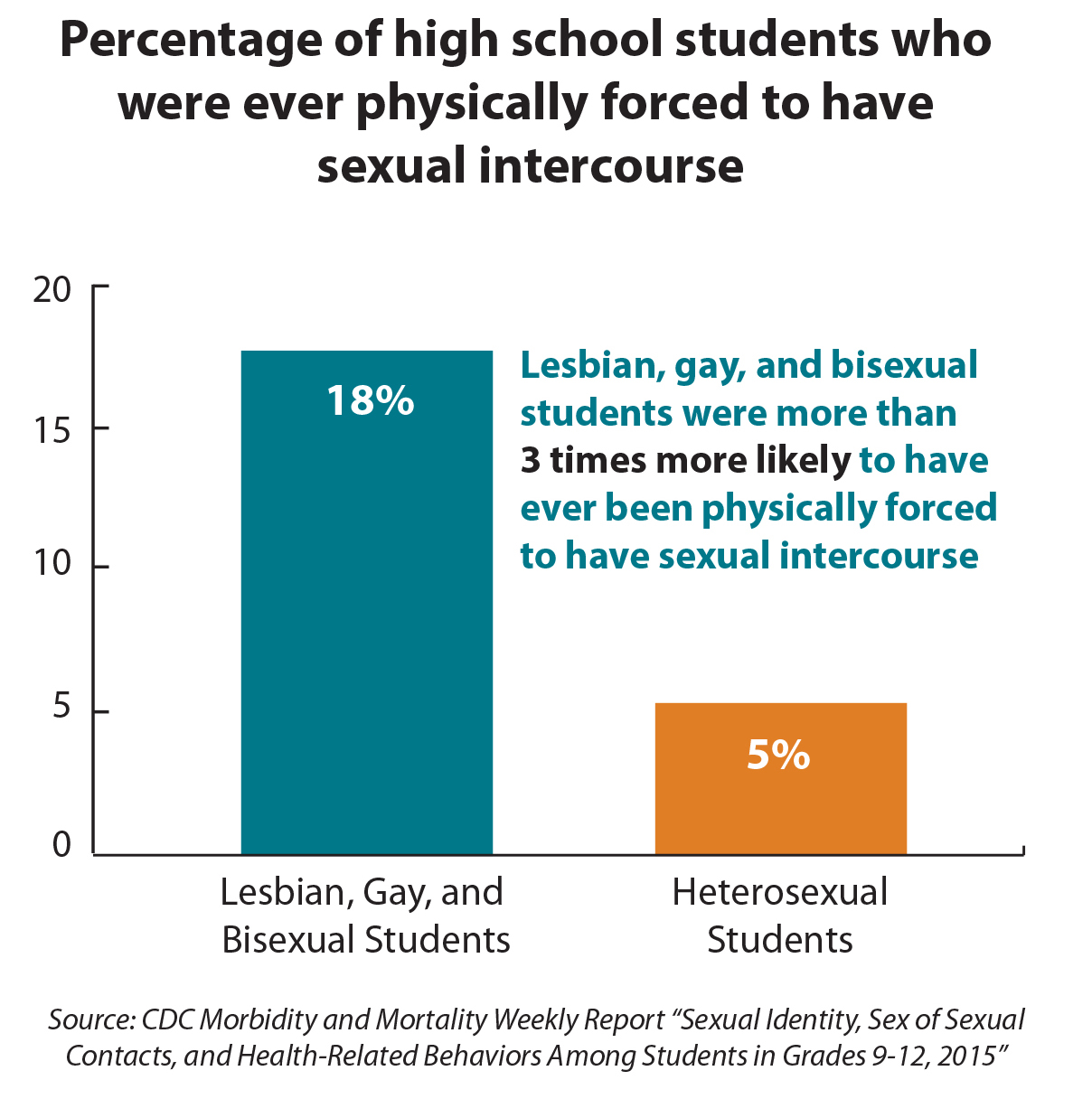 The findings confirm that significantly more violence is directed at lesbian, gay and bisexual high school students, than their heterosexual classmates.

And California was no exception.

By contrast, 34 percent of lesbian, gay and bisexual students surveyed in Arkansas reported being the victim of a rape.

San Francisco had one of the highest percentage of queer students in a large urban district to attempt suicide.

The CDC report suggests that "comprehensive, community-wide prevention efforts can reduce the risk of multiple types of violence for these and other vulnerable youth. Studies suggest that parents can play a role in fostering resiliency by providing strong family support and teaching all adolescents non-violent problem-solving skills. Schools can also build an environment that provides a sense of safety and connection for all students, including lesbian, gay, and bisexual youth."