ROME (CBS / AP) — After months in a Rome jail, a pair of boyhood pals from the Bay Area went on trial Wednesday, accused of murdering an Italian policeman during a summer vacation in Italy.

In the courtroom, Leah Lynn Elder and her husband Ethan, parents of San Francisco student Finnegan Lee Elder, went through a wave of emotions as the trial got underway. Ethan Elder, father of Finnegan Lee Elder, is hugged by his wife Leah as they attend the opening of the trial for the killing of Italian policeman Mario Cerciello Rega in Rome, Wednesday, Feb. 26, 2020. (AP Photo/Domenico Stinellis)

The Carabinieri paramilitary officer, Deputy Brigadier Mario Cerciello Rega, was unarmed and on plainclothes assignment with his police partner when he was stabbed 11 times and left bleeding on a street near the Americans' hotel in the early hours of July 26, 2019.

Prosecutors have alleged that Elder, now 20, thrust a 7-inch attack-style knife repeatedly into the stocky police officer, while Gabriel Natale-Hjorth of Mill Valley, now 19, scuffled nearby with the partner, Andrea Varriale, who was slightly injured. 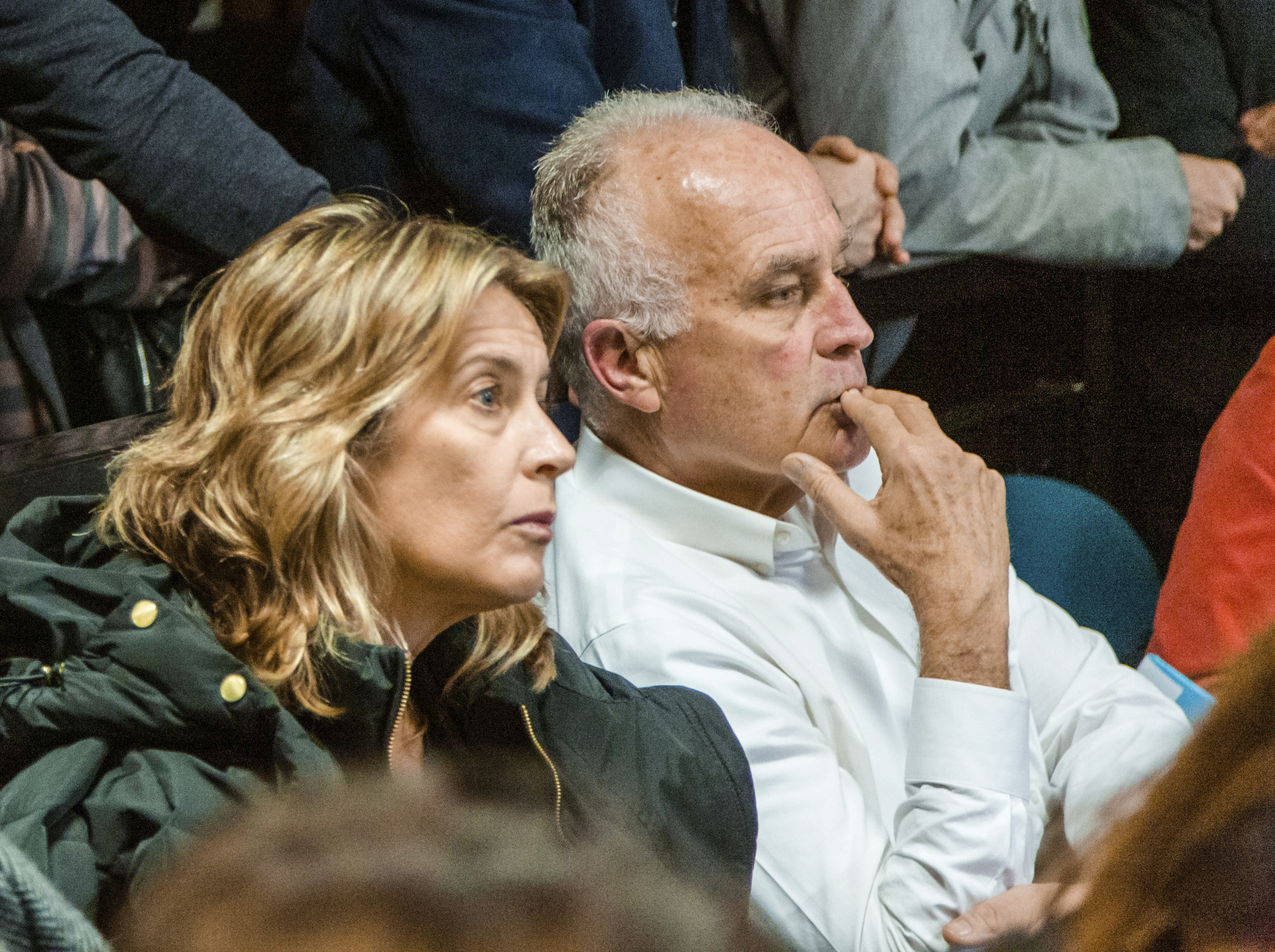 Under Italian law, accomplices to an alleged murderer can also be charged with the murder itself. In addition to the murder charge, both defendants are also charged with attempted extortion related to a a drug deal gone bad, and resisting public officials.

Both young men were in court on Wednesday, sitting near their lawyers with a pair of penitentiary police officers standing behind them. Elder's parents sat in the back row; the slain officer's widow sat in the second row. 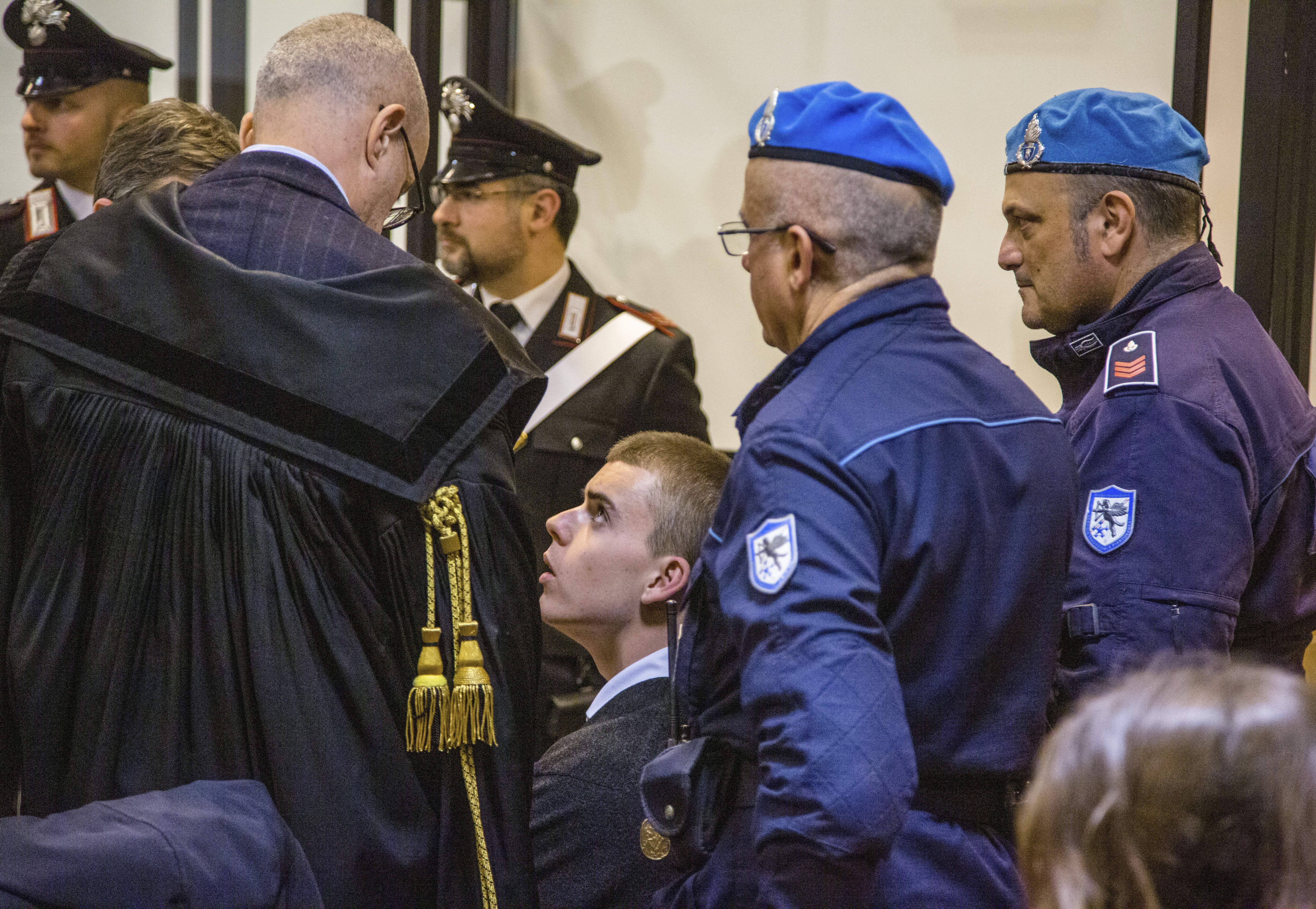 Gabriel Natale Hjorth, center, talks to his lawyer Fabio Alonzi, left back to the camera, during the opening of the trial (AP Photo/Domenico Stinellis)

The first hearing was dealing largely with procedural matters.

Both defendants have said they thought they were being attacked and acted in self-defense.

Elder's lawyers and family members have quoted the young man as saying that he had mistaken the two officers for a pair of common criminals out to assault the Americans and that he was fighting for his life. 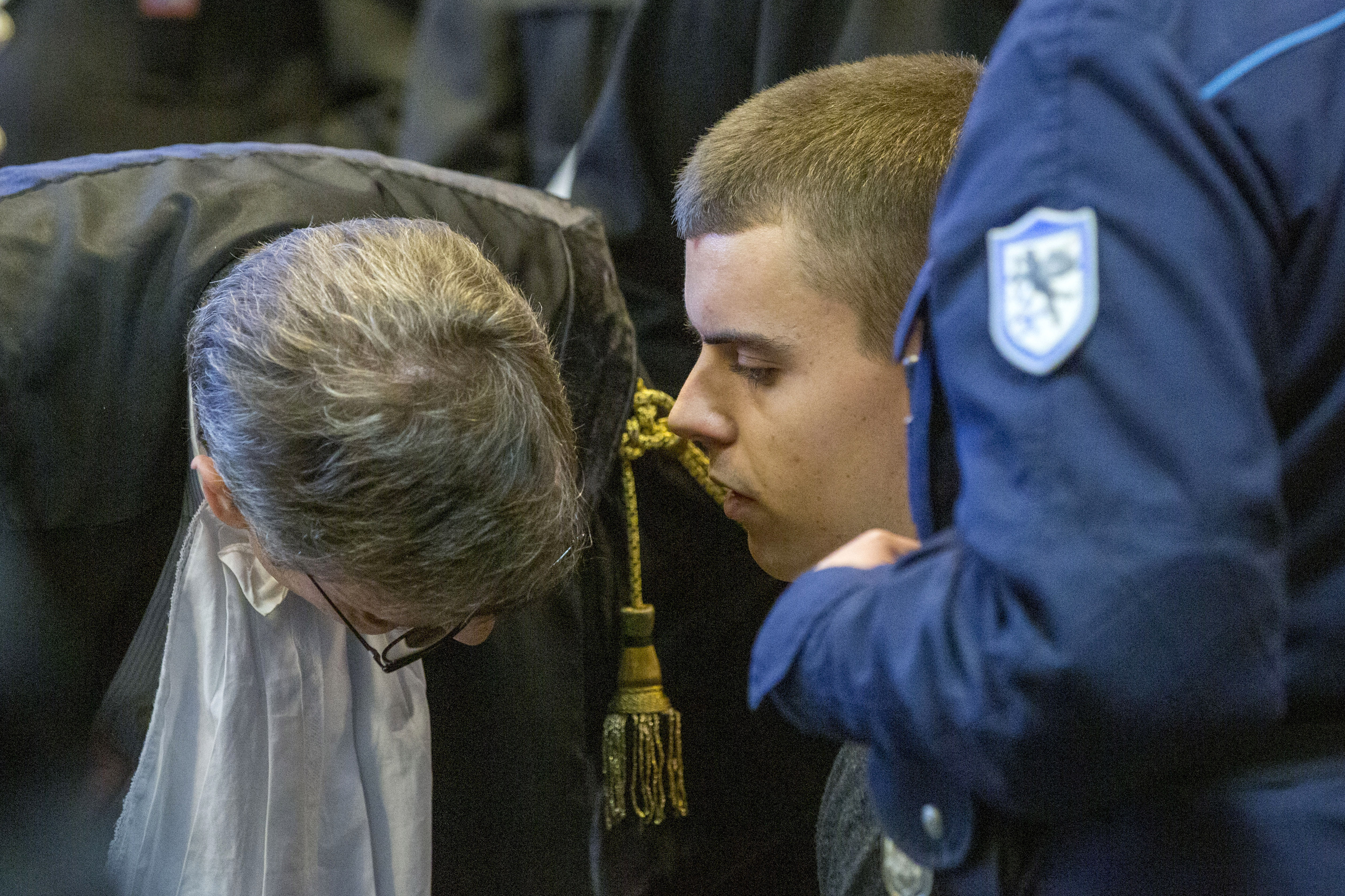 Gabriel Natale-Hjorth, right, speaks to his lawyer Francesco Petrelli at the opening of the trial for the killing of Italian policeman Mario Cerciello Rega (AP Photo/Domenico Stinellis)

According to judicial documents from early in the case, Natale-Hjorth claimed he didn't know his friend had the knife. Prosecutors contend that after the stabbing, Natale-Hjorth hid the knife behind a panel in the ceiling of the hotel room the young men were sharing.

The fatal encounter between the American tourists and the police on a nearly deserted Rome street had its genesis a handful of kilometers (couple of miles) away, in the nightlife district of Trastevere. The neighborhood's quaint alleys and piazzas teem with young people attracted by street musicians, pub crawls and easy-to-find drug dealers hustling hashish, cocaine and pills.

Both defendants have told Italian investigators they were swindled while trying to buy cocaine in Trastevere. Police and prosecutors have said after they handed over money, they grabbed the knapsack of the drug dealer's intermediary. The go-between, apparently a Carabinieri informant, later called police to report that his bag with his cell phone was snatched. 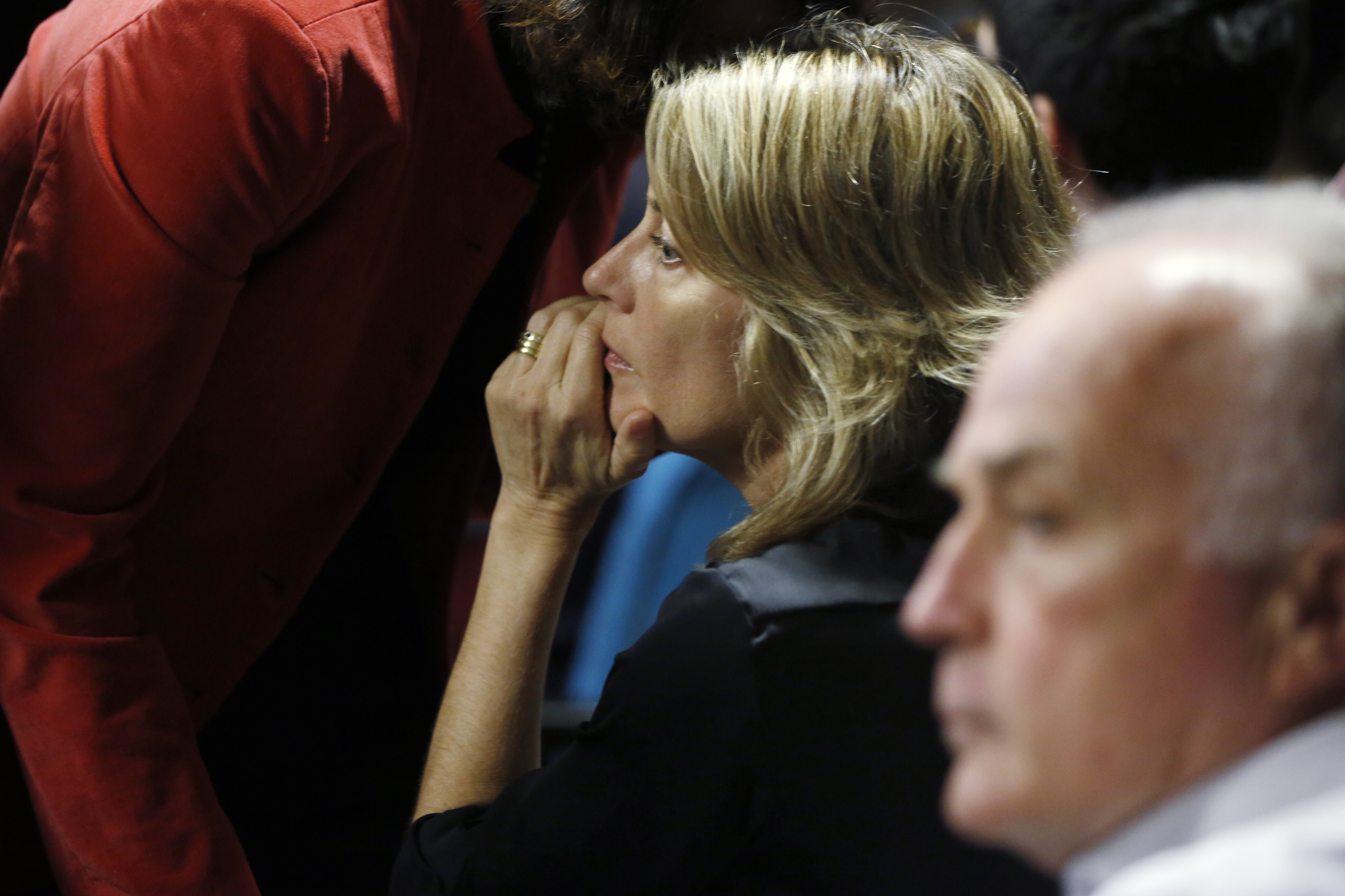 Prosecutors alleged that the intermediary called his own cell phone and set up a meeting near the Americans' hotel to return the knapsack and complete the sale of a gram of cocaine.

One apparent line of defense has been that the Americans believed that drug dealers had come to the rendezvous instead of the go-between, and didn't realize that police had shown up to handle the matter.

Italy held a hero's funeral for the slain officer, who had returned to duty only a few days earlier after his honeymoon. 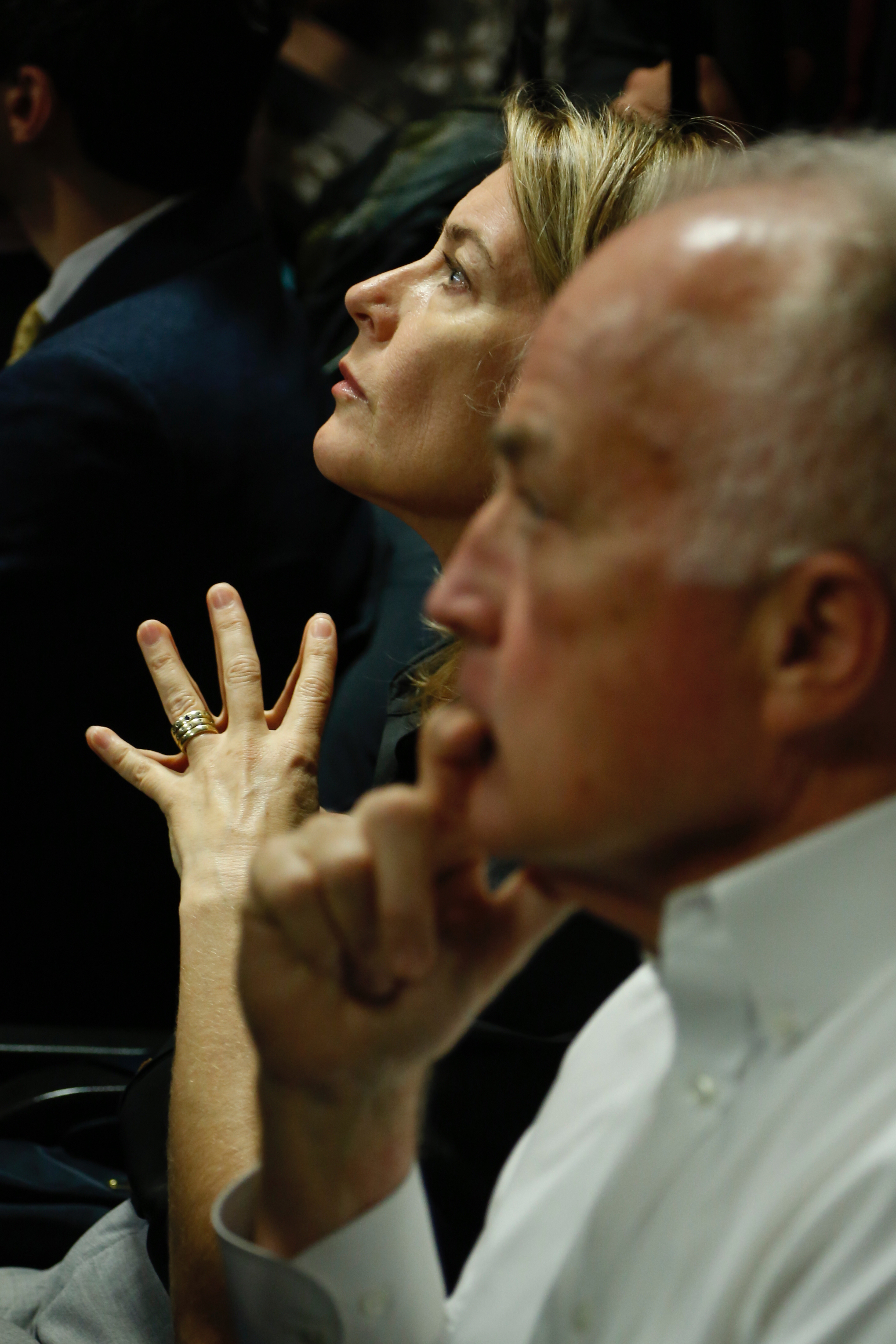 The arrest of the Americans, in their hotel room, hours after the murder, sparked comparisons to that of another high-profile murder probe, which saw Amanda Knox, a U.S. university student living in Umbria, put on trial along with her then-boyfriend for the stabbing death of her British housemate, Meredith Kercher. After various trials, including several appeals, Knox was ultimately acquitted.

Knox has claimed Italian police mistreated and intimidated her.

In the first hours after the Americans were arrested for Cerciello Rega's slaying and taken to a police station for questioning, Natale-Hjorth was photographed blindfolded with a scarf as he sat handcuffed with his head bowed. Investigated as a violation of defendant's rights in Italy, the blindfolding led to a criminal investigation of the Carabinieri officer allegedly involved as well as internal disciplinary procedures.

Conviction for murder in Italy can bring a sentence as high as a life sentence. The country doesn't have the death penalty.