(CBS SF) - I've never been to Jamaica, never had Jamaican food. Upon arrival I was not initially impressed with the ambience, didn't seem very Jamaican. But I quickly discovered that I was in the bar next door, "The Legionnaire" which featured live Irish music from 6 to 9 then the "Reggae Revival" began at 9 simultaneous with "Town Futurists Sessions" (don't ask, I don't know).

So after going one door down I was warmly greeted by the Front of House & Marketing Manager, Adrian Henderson. He is not Jamaican but has visited there countless times. They take reservations only if your party is larger than six. I was early and seated without my dining partner being present. 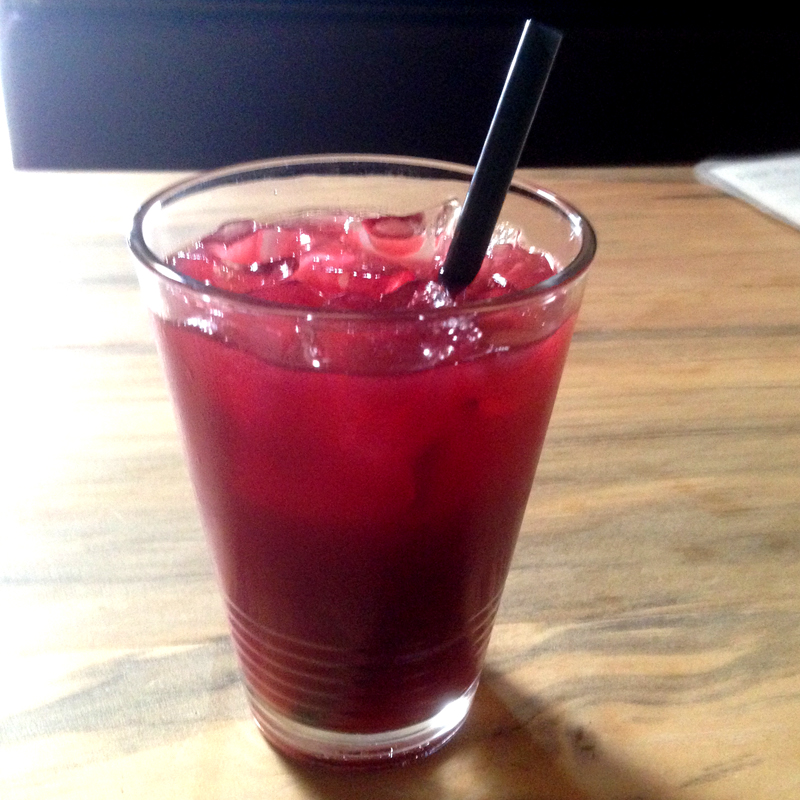 Started out with an "ital sip" non-alcoholic mix of home brew ginger beer and housemade sorrel (traditional Jamaician favorite brewed with hibiscus and spices). At some point a splash of dark rum (Ron Abuelo 7 year) was added to my drink.

On the menu and imbued throughout the restaurant; "One Love. Kingston 11 Cuisine is an earth conscious, community oriented innovative restaurant providing high-quality delicious blends of Jamaican, Caribbean, and Californian fare using local + organic ingredients. Our menu is inspired by our chef-owner's grandmother, the flavors of his native Jamaica (born + raised), and his world travels, all with your health in mind. Modern but warm, urban yet relaxed - all are welcome and treated with respect. With this place we hope to uplift + transform the lives of our patrons, employees + greater community. We are grateful for your support and hope to serve you for many years to come. So relax, have a sip, get full up and enjoy the irie vibes. You are home."

The front menu was divided between large eats and small eats. I am a wimp so decided against ordering the spicy Jerk Chicken on the menu. Instead we went with a thigh and a breast of Jerk Chicken as appetizers. I ordered the "Spanish Town Roasted Chicken" per the menu was "roasted with garlic + citrus to tender and juicy perfection, served with rice and peas and plantains) for $15 and my dining companion (former KPIX anchor Dana King) ordered the "Oxtail Stew" "the ultimate comfort food: rich, buttery and falling off the bone served with rice and peas and plantains.

The drink menu said "outside the concrete jungle lays an expanse of luscious paradise called Fern Gully. Let our sexy sips take your there."

Adrian introduced us to the co-owner and chef, Nigel who told us that he combined an Asian flare with French cooking with a Jamaican prism. It has been open only 5 months. Seats 150 with a bar and two televisions. I did not see the end of the LAC OKC game but pretty sure the series is knotted up 1-1.

Upon tasting my chicken, Dana said "it's like a flavor sensation" I agree whole heartedly. 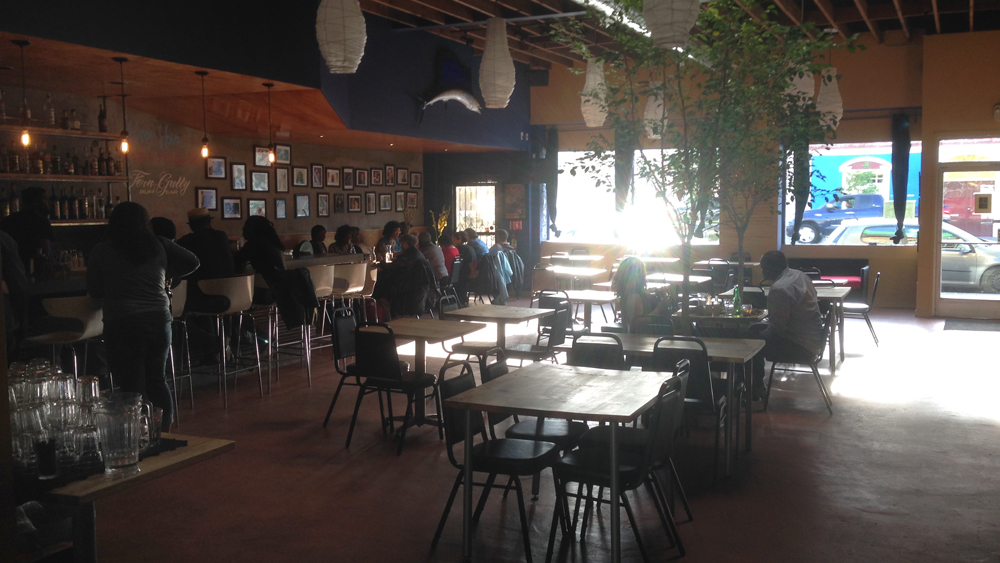 I have left overs, Dana was stuffed but Adrian had me at "orgasmic" when he described the combo of rum cake (he had just finished making the sauce upon my arrival) and "rise up" a drink with rum, coconut milk, and iced coffee. This coupled with music and a wall covered with framed pictures of folks with locks. Ya man.

Oh and they have Wi/Fi and each both has two electrical outlets so devices can be charged.

I Love Oakland, it ain't Brooklyn.