According to the San Francisco Fire Department, a cause was still under investigation. 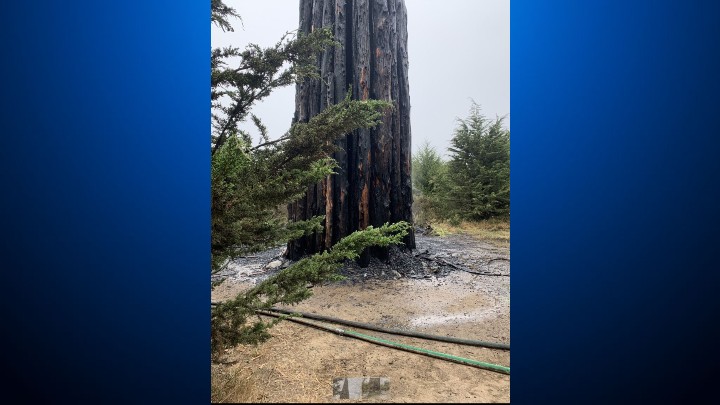 Fire crews responded to a 911 call reporting a fire in the national park inside the former military base at around 5:42 a.m. Flames and smoke were seen in an area covered with cypress trees and brush near the Presidio County Club located on Arguello Blvd.

Arriving crews discovered the main blaze at the 'Spire' sculpture and four nearby spot fires ignited by embers. The damp, foggy conditions helped firefighters quickly extinguish the blaze, but not before the 'Spire' was damaged.

"The 'Spire' stands, though badly damaged," park officials said in a release.

No other structures were damaged and no injuries were reported. 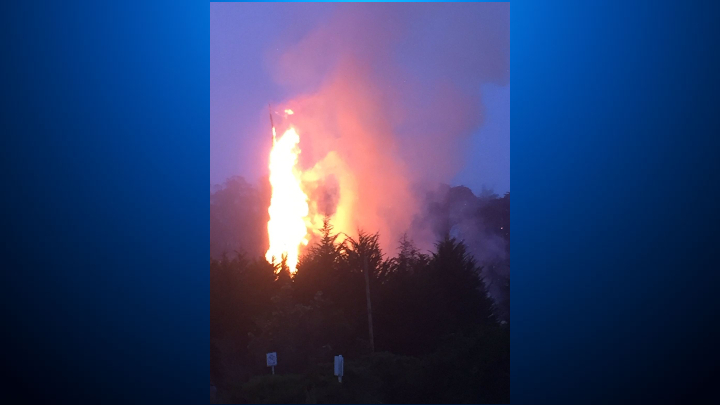 Officials did not immediately known the damage, but photos showed charred timbers at the base of the sculpture. The fires burned about one acre of cypress and brush before they were contained.

According to the Presidio website, Goldsworthy became inspired to create the 'Spire' after he visited the park in 2006. Since then he has gone on to create three other sculptures -- Wood Line, Tree Fall, and Earth Wall -- to make the Presidio home to the largest collection of his works on public view in North America.

"Spire is a symbol of the rejuvenation of the beloved Presidio forest, first planted by the Army in the 1880s," the website said. "The aging Monterey cypress are now reaching the end of their life and are being slowly replaced with healthy young saplings."

Working closely with the Presidio Trust forestry crew in 2008, Goldsworthy selected 37 Monterey cypress trunks from trees felled at the site and meticulously fastened them together. Planted around its 15 foot-wide base are young cypress trees that will ultimately grow to obscure the sculpture – a bit like the old forest welcoming the new.