According to the U.S. Geological Survey, the quake struck at 7:53 p.m. about 9 miles north of Napa and 6 miles east northeast of Yountville, at a depth of 9.3 miles.

Geophysicist Brad Aagaard of the USGS told KPIX 5 that the quake struck along the Green Valley Fault. "A magnitude 4 earthquake in this location is not rare or unexpected because it lies along a region of seimsicity, we've had past events in this area," he said.

Aagaard said Thursday's quake was larger than any of the aftershocks that struck Napa after last summer's quake. The largest aftershock last August was a magnitude 3.9 earthquake.

As of late Thursday night, there were some reports of broken glasses and bottles at restaurants, but there were no reports of serious damage or injuries. The Napa Fire Department urged residents to check their homes for gas leaks and other damage.

"We looked up and all the wine bottles on the ceiling were swaying back and forth. It felt like a truck passing by, a big rig," David Madrid told KPIX 5's Christin Ayers.

Calls flooded into the KPIX 5 and KCBS newsrooms and posted on our social media pages from all around the Bay Area to report feeling the earthquake, including calls from El Sobrante, Pinole, Colma, and Fairfield.

Mairana Abbalo of Fairfax said it was a good five-second shaking. Abbalo said, "it made my bed roll little bit and my window start to rattle bit."

Meagan Hall of Fairfield said she felt the quake in Fairfield while she was baking with her son.

Mona Milford said she felt the quake in the area of Haight and Divisadero streets.

Visitors to the USGS website from as far away as Sacramento, the Tri-Valley, the South Bay and Peninsula said they felt the shaking.

The quake was apparently a topic of discussion at UC Davis, where veterinary students were graduating Thursday. 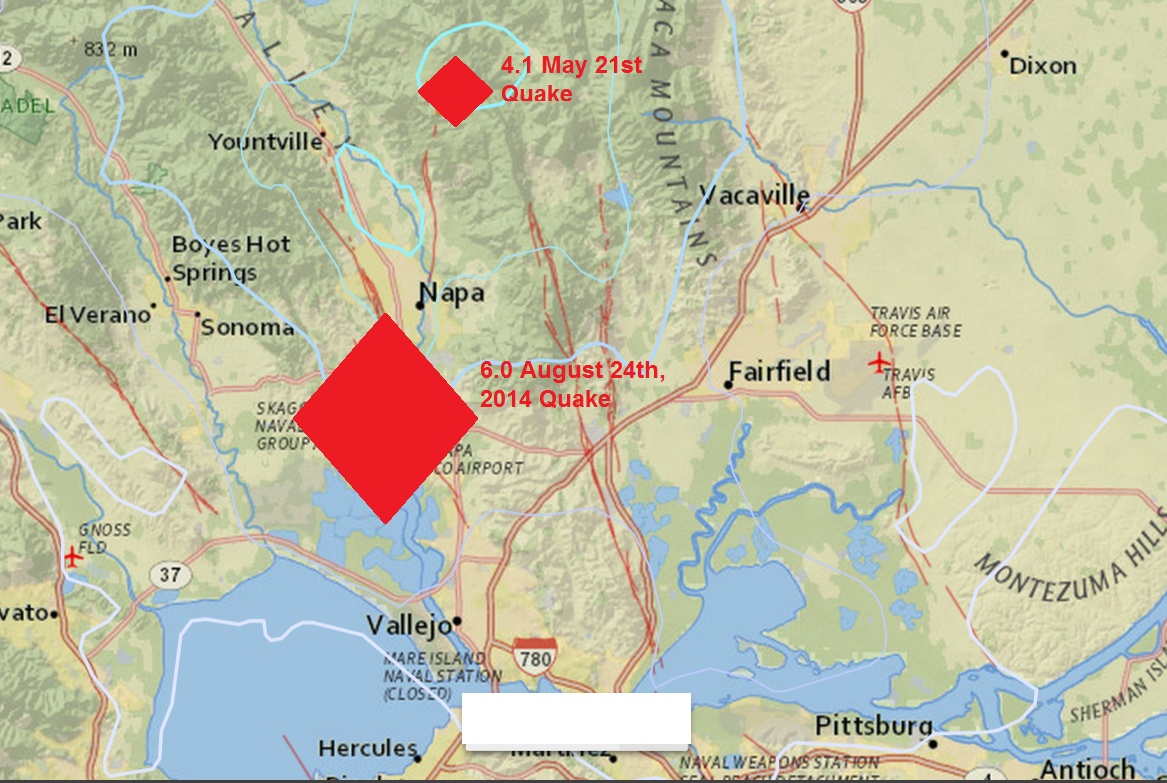