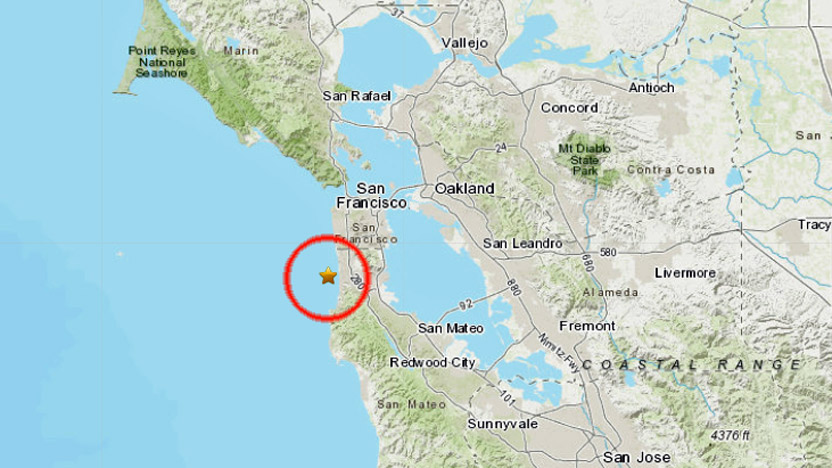 Three microquakes have been reported following the 3.5 shaker which struck about a mile off the coast of Pacifica, according to the U.S. Geological Survey.

The larger quake struck at 8:41 a.m. about 4 miles deep, the USGS said. The quake was initially reported at 3.9 magnitude but was later downgraded to 3.6 and then again to 3.5.

Two smaller temblors measuring 1.9 hit within 10 minutes after the larger shaker. Another small temblor of 1.8 was reported at 9:57 a.m.

BART temporarily held trains after the initial quake to inspect tracks, a spokeswoman said. No damage was found.

No damage has been reported but the quake rattled nerves particularly for residents in South San Francisco and in San Francisco's Sunset District and along the waterfront. 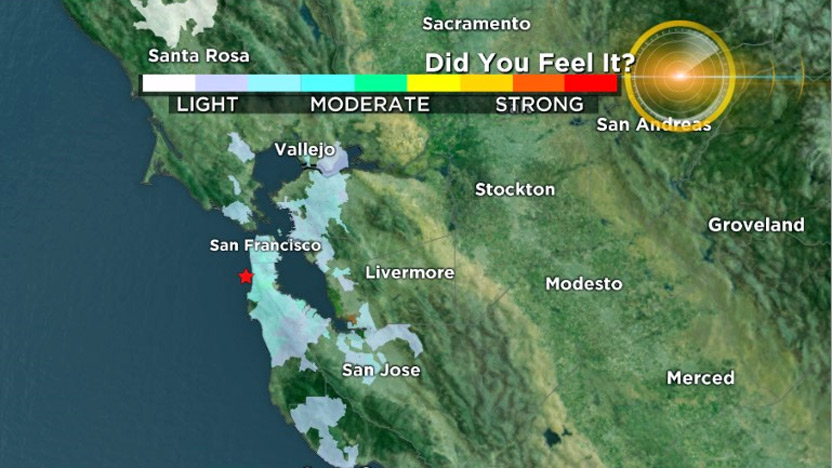 People around the Bay Area took to the KPIX Facebook page to report the temblor which was generally felt as a strong, brief jolt.

"Sure did (feel it). Heard it too," she posted. "Very loud and un-nerving. Not as big as 89 by any means, but didnt feel like it was only a 3.9. I hate to think what's the big one going to be like if it hits closer to 415. That jolt was really something."

Candy Yoshikawa Acosta was preparing breakfast and said the quake felt much stronger than a 3.6

"I was in the kitchen oh, my God!," she posted. "I felt it stronger than the reports says."

In South San Francisco, Heather Stoltz posted on the KPIX 5 Facebook page that the jolt was quite strong.

"I'm in south city and checking my house for new cracks," she posted. "It felt stronger than the reports say here. I heard creaking and cracking for sure!"

"Our whole building shook like something heavy was dropped on it," he posted.

"I don't wake up easily ever with my Alarm on, but this was a big Jolt that woke me up in a Second," she posted.

Tabitha Harmon-Weigel posted that she "Thought a car ran into my house here in Pacifica!!!

© Copyright 2019 CBS Broadcasting Inc. and Bay City News. All Rights Reserved. This material may not be published, broadcast, rewritten or redistributed