Coast Guard Station Lake Tahoe responded along with a fireboat from the Tahoe Douglas Fire Protection district after receiving a call of a 26-foot Cobalt boat on fire near Dollar Point. 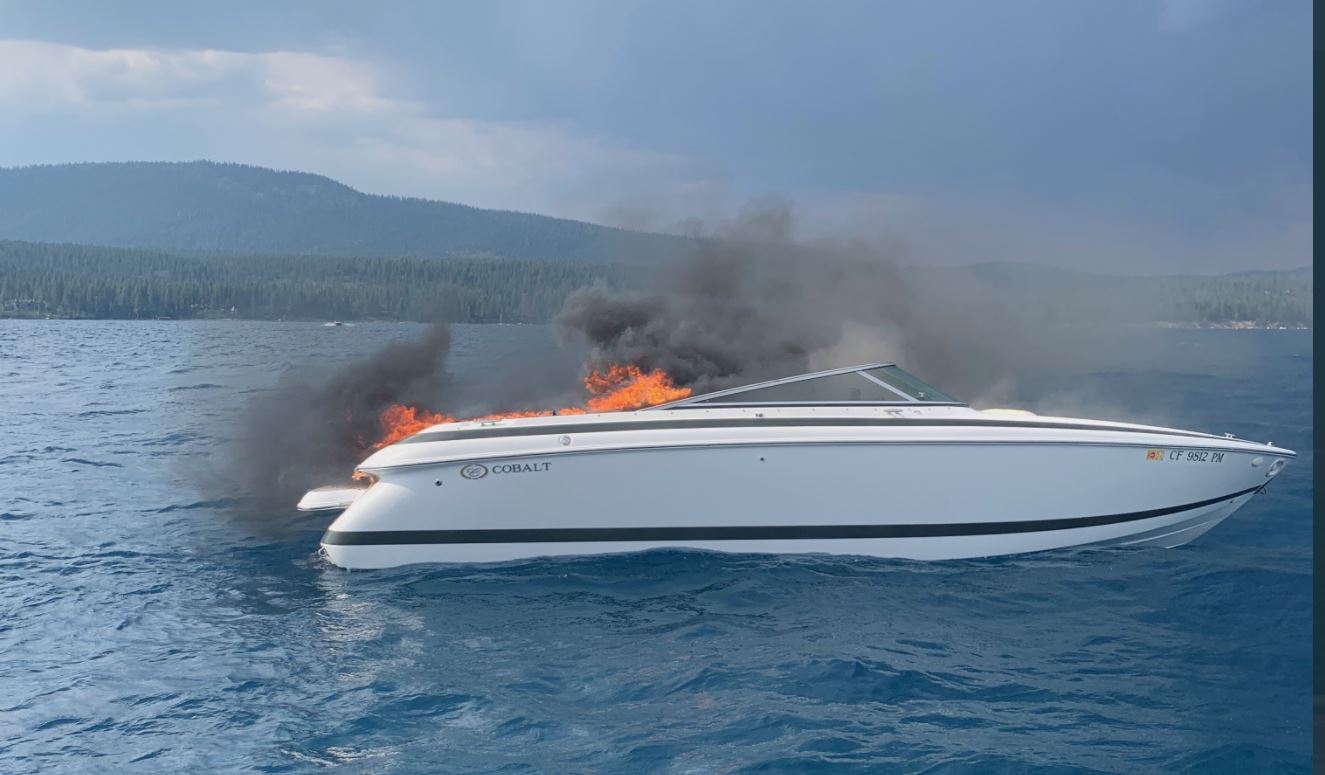 When the Coast Guard crew arrived on scene, the man had been retrieved from the burning boat by a Good Samaritan.

"It's unfortunate the fire escalated so quickly," said Petty Officer 2nd Class TJ Mines, a boatswain's mate at Station Lake Tahoe. "We're just happy we were able to assist the owner with no injuries and that Tahoe Douglas Fire Protection arrived on scene when they did."

The Tahoe Douglas Fire Protection crew arrived on scene shortly after and extinguished the fire before the vessel sank in 21 feet of water. 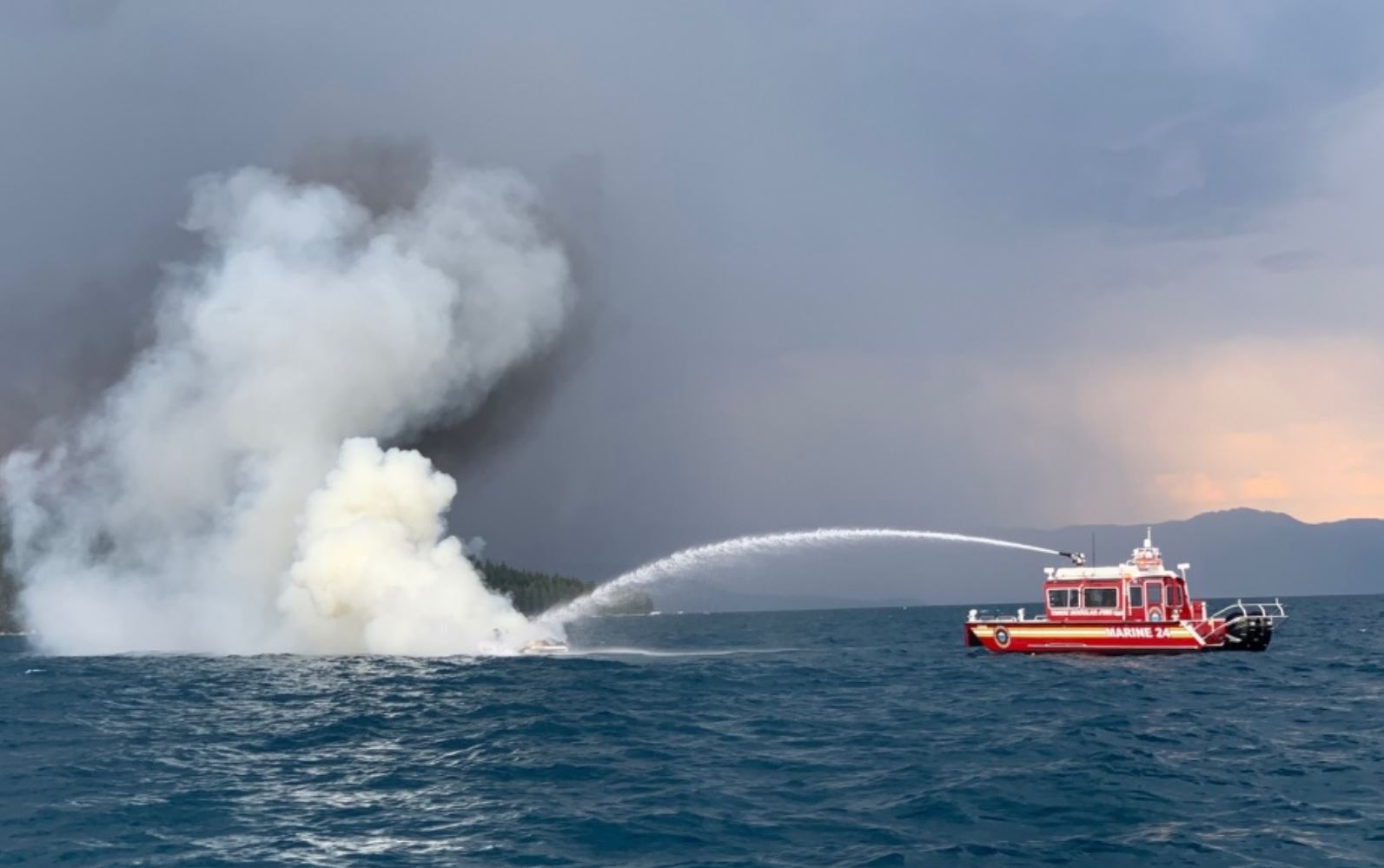 The man was transferred to local emergency medical services personnel with no reported injuries.

It was reported that there are 40 gallons of fuel aboard and a current urgent marine information broadcast has been sent out to notify mariners of the submerged boat. Vessel Assist has been contacted to salvage the boat.