The first call to report the fire came in at 3:29 a.m. at an apartment building of 22 units at 5583 Walnut Blossom Drive, Capt. Mitch Matlow and a dispatcher said.

No civilians were injured, Matlow said.

Firefighters called for a second alarm at 3:41 a.m. when flames as high as 50 feet were coming from the roof of the two-story building, Matlow said.

The roof collapsed above four units on the top floor before firefighters called for a third alarm, Matlow said. As many as 52 firefighters were trying to extinguish the blaze after three alarms were called, he said.

Eight units were heavily damaged and two sustained moderate damage, but 11 might be reoccupied this evening, he said. 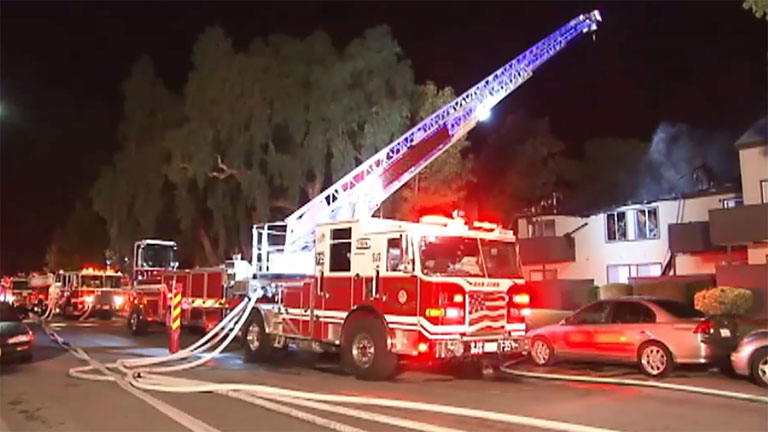