Overnight, the Dixie and Fly fires burning in Butte and Plumas counties merged, making up an estimated 192,849 acres combined.

The fire prompted evacuation orders in several small mountain communities and along the west shore of Lake Almanor, a popular resort area.

Authorities advise evacuating to the north as an evacuation shelter was established at Lassen Community College in Susanville.

While the images from Indian Falls were frightening, there were also victories as fire crews were able to save some structures from the blaze. Structures also burned in the rural community of Paxton.

The Dixie fire, which started July 14, was burning in a remote area with limited access.

"It has been burning in extremely steep canyons, some places where it is almost impossible for human beings to set foot on the ground to get in there," he said. "It's going to be a long haul."

The wildfire has marched eastward with such intensity and speed it has forced firefighters to retreat to safe refuges.

"The threats and risks associated with this fire are very real," said Cal Incident Team 2 commander Mike Minton. "We are observing fire behavior, conditions and fuel conditions that are not common for this area. The rapid rates of fire growth we are seeing are very real -- We experienced that today in the Greenville 'Y'. It's very extreme fire behavior that essentially caused firefighters to have to retreat into safe areas and allow for that fire front to make its passage." 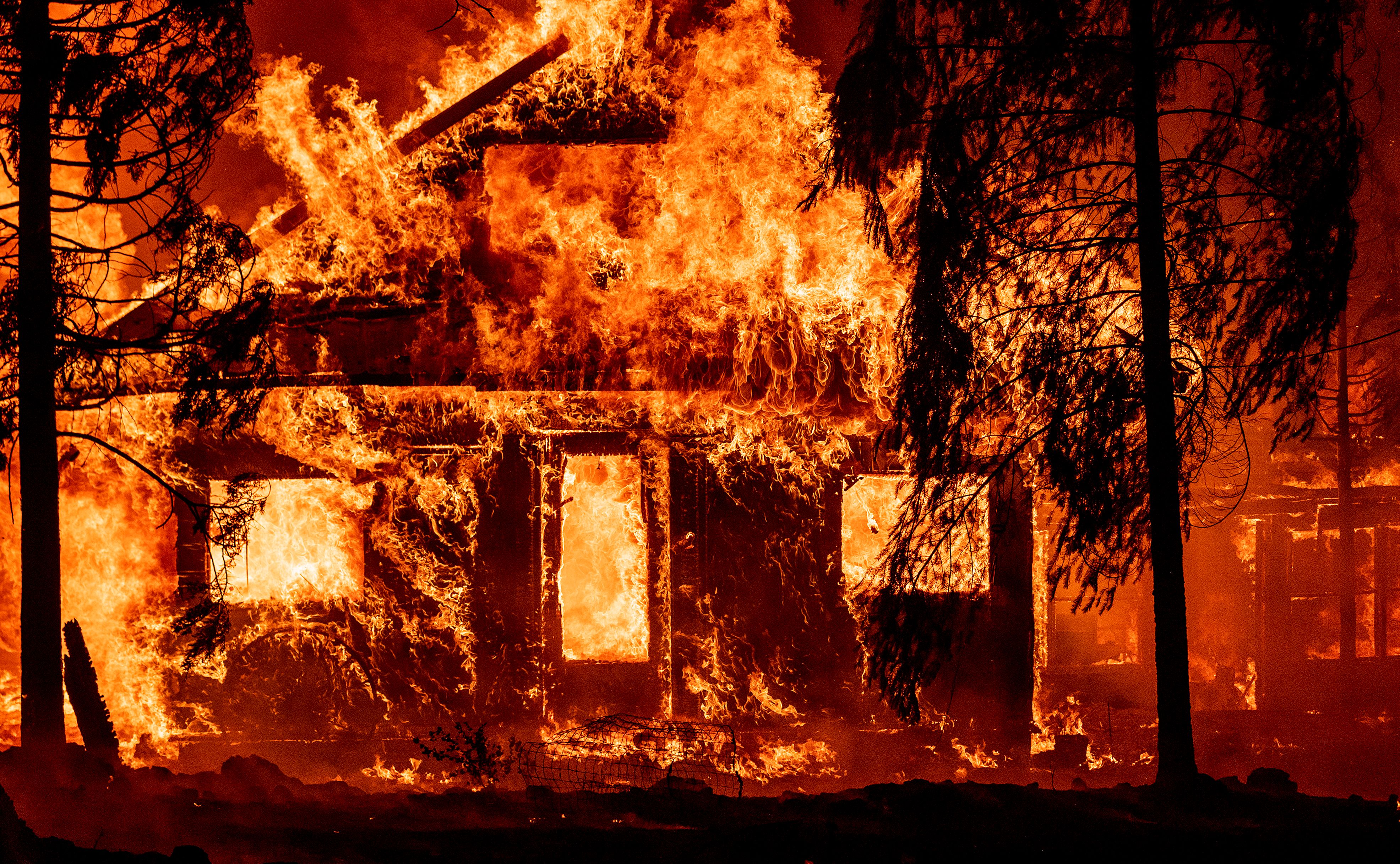 Other communities including Taylorsville, Greenville, Twain, Crescent Mills and homes in the Butterfly Valley were also being threatened by the fire's eastward march.

Among those driven from their homes by the fire is Kylie Ojers, who is hoping the flames will spare her house.

"We were evacuated Monday," she said. "It was more than 20 miles away and now it's within four miles of our house...It's going right in the direction of our house."

William Helt was also forced from his home.

"It was raining ash, it was just dark skies, everyone kind of had this worried ominous feeling, you know, it was, you could tell there was panic," he said of his exodus from the fire zone. "I just hoped there's a house to go back to."

During a Saturday night update on the fire, Plumas County Sheriff Todd Johns begged local residents to heed the call to evacuate.

"The fire is now at the top of the ridge (near Taylorsville)," he said pointing to Saturday's rapid eastern growth on the map. "You know how steep the mountains are behind you. If you have not done so, I highly encourage you to evacuate if you live on Arlington Road in Taylorsville. The fire activity at this point has been crazy. It's extreme, most of the time it has been unpredictable."

"I'm asking the people who live in Taylorsville and wanting to stay there to reconsider that and leave the area."

As of Sunday afternoon, the blaze remained 21% contained.

There were 5,022 firefighters engaged in the battle and 10,721 structures were threatened.

The weather forecast for Sunday included a chance of lightning and intense short downpours. Those gusty conditions will also whip up extreme wind behavior along the fire front.

"I wish I had better news," said Cal Fire meteorologist Julia Ruthford Saturday night. "I know this is a pretty dire weather forecast. But it's what we got coming up."

© Copyright 2021 CBS Broadcasting Inc. All Rights Reserved. This material may not be published, broadcast, rewritten, or redistributed. The Associated Press contributed to this report