DIXIE VALLEY (CBS SF) -- Firefighters battled to save homes from the Dixie Fire's unrelenting wall of flames in the Dixie Valley early Monday as the wildfire continued its southeastern march into the massive burn scar left over from July's Beckwourth Complex fire.

As of Monday morning, the fire's burn zone had grown to 910,495 acres and was 57% contained. Along its southeastern edge, the fire had rolled into the burn scar from the Sugar Fire which was part of the Beckwourth Complex blaze -- lightning ignited wildfires that burned 105,670 acres.

There's also been one death during the firefight. U.S. Forest officials said Marcus Pacheco, an assistant fire engine operator, died of an illness while being assigned to firefight.

At his Monday morning update, Operations Chief Jeff Surber said the blaze has moved rapidly in the Dixie Valley over the last 48 hours.

"We had pretty intense fire come into Dixie (Valley)," he said. "Yesterday (Sunday) as you recall we had one piece of fire on one side of Dixie Valley and a piece on the other side. In the afternoon it heated up, the RH (relative humidity) dropped and those fires merged and came into Dixie on the north end."

"There was some structure loss on the north end," he added. "We are in the process of assessing how many structures were affected."

Surber said firefighters were defending the south end of the valley with dozer lines, hand crews and air drops of fire retardant.

Crews were also quickly being moved from other areas of the massive fire where the blaze has been contained to reinforce the southeastern edge including specially trained firefighters from the U.S. Army.

Spot fires were also pushing the flames from the escarpment toward the Highway 395 corridor.

"There are three different areas the fire has come down to the dozer lines at the base of the slope," Surber said.

To the north in Lassen Volcanic National Park, West Operation Chief Mike Wink said the terrain-driven winds and dry conditions advanced the fire along both sides of Hat Creek.

"It (the fire) is on both sides of the creek, but is below the peak and at the toe of the slope as it goes through that little valley," Wink said. "They (the firefighters) are keeping it held in there."

The fire has destroyed 692 homes, many of those during the early stages in Greenville, Warner Valley and Canyondam.

Over the weekend, Riley Cantrell was among those who returned to Greenville. She stood with her boyfriend Bradley Fairbanks amid the ruins of her mother's home. They said that the family's dog died at the home and was buried by firefighters who later found it. 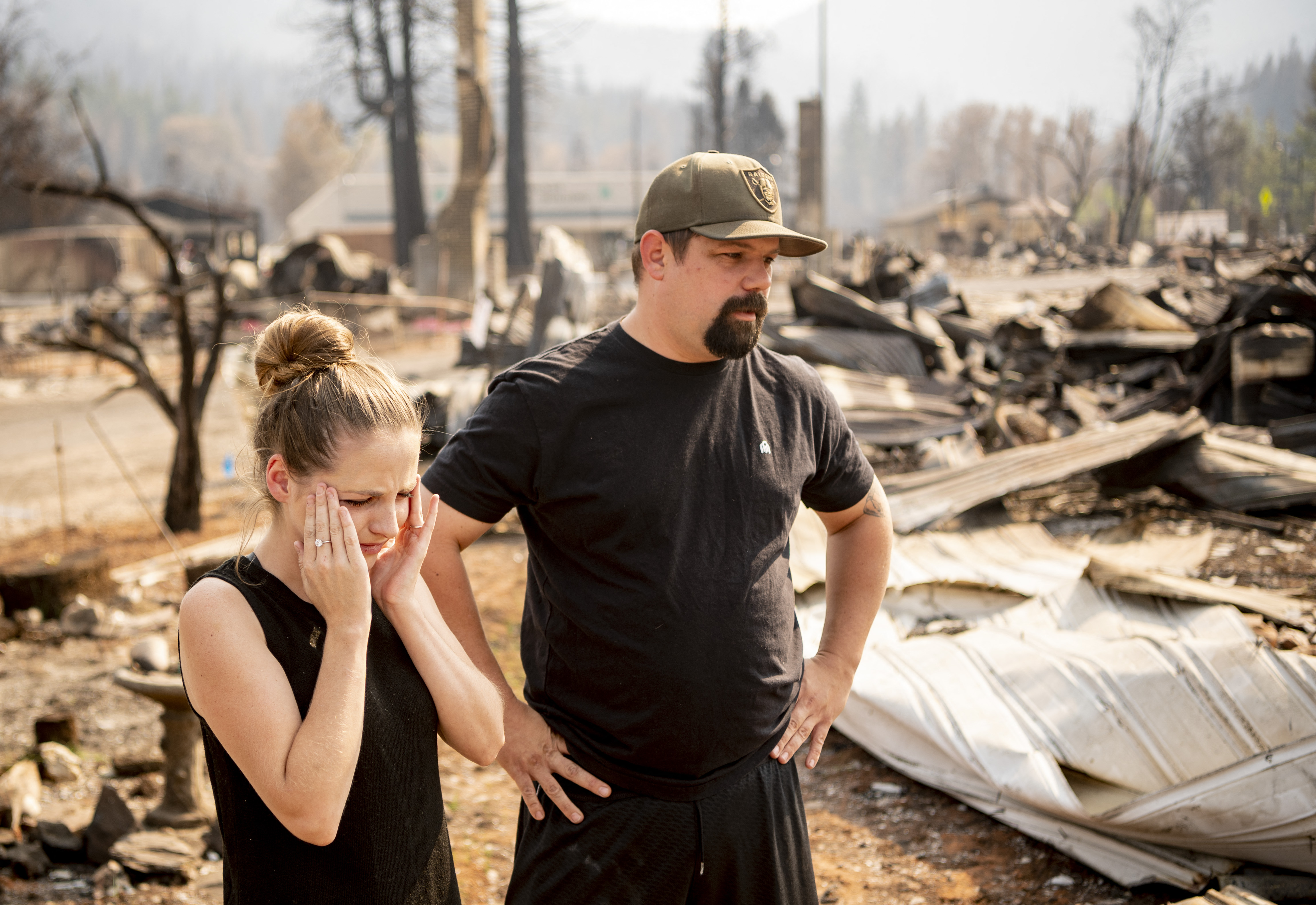 Curtis and Wendy Weight also stood amid the debris. They were selling their property and were set to close escrow in two weeks. But the fire has dashed those plans. 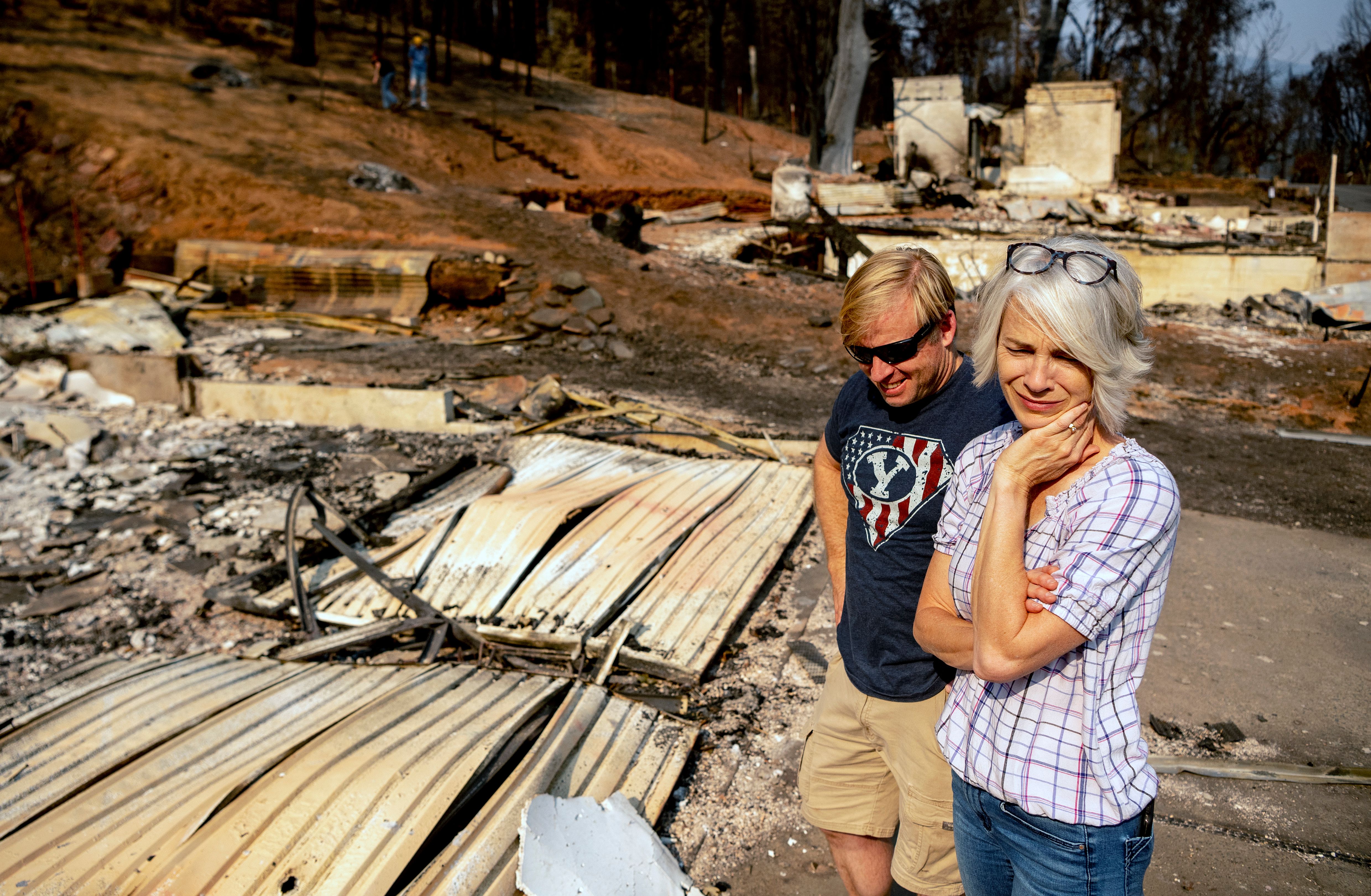 Cody Najera returned too. He stood amid the rubble, holding a coffee mug that had somehow survived the flames that consumed his home. 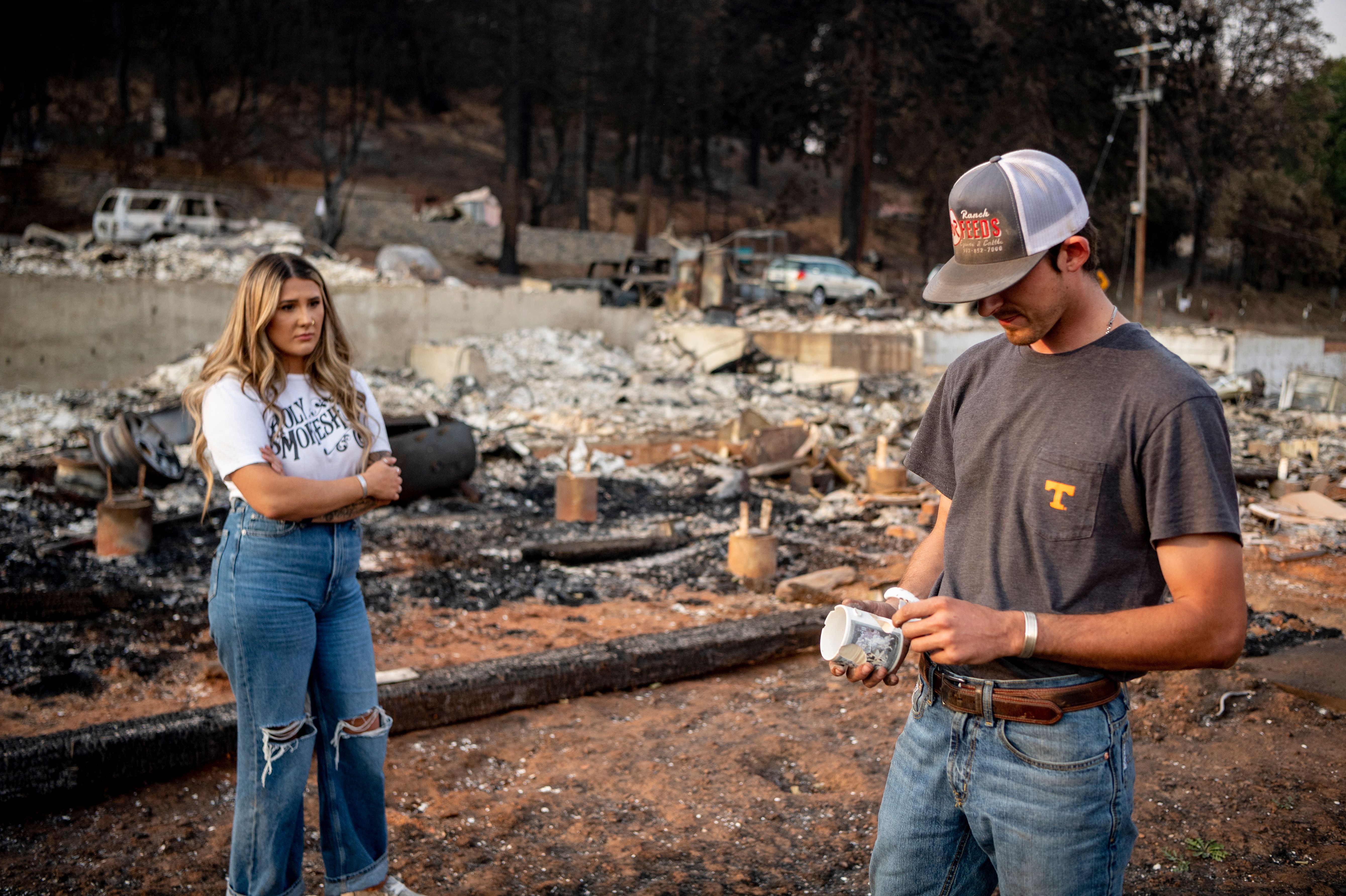 In its early days, the blaze roared through Greenville leaving few structures standing. The business district was ravaged, a burned out mail delivery truck still bears witness to the ferocity of the flames. 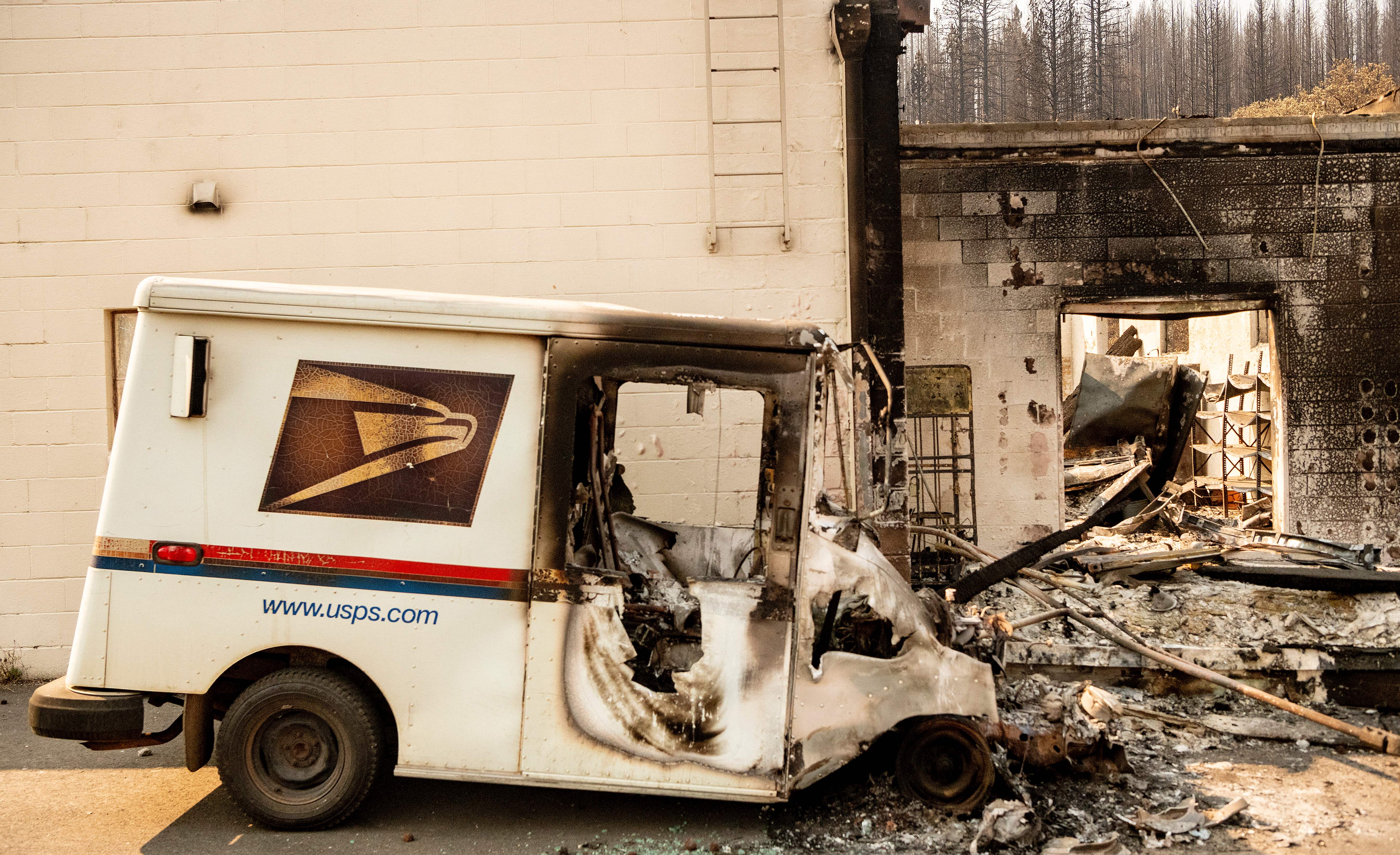