There are more than thirty islands in San Francisco Bay, ranging from teeny tiny mounds of dirt and trees, to the touristy, albeit wonderful land masses that are "Alcatraz" and "Angel". Join us as Eye on the Bay takes a day trip to Alameda. It's not just the only inhabited island, it's a classic "middle America" town. Some residents call it "Kansas by the Bay"!

Alameda is fortunate to have two "main street" business district; Webster Street and Park Street. Although we made a stop at the Pacific Pinball Museum on Webster Street, the majority of our day trip was spent in the historic Park Street neighborhood. If you had been here in the 1950's you would have seen soda shops and old diners. Actually, you still see those remnants of days gone by. 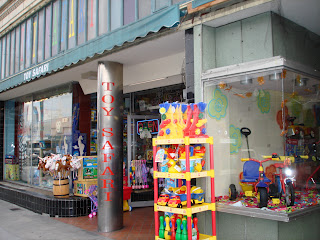 Toy Safari is the antidote to the big-box toy stores that have become so common. No wandering the aisles here... someone will actually greet you and ask you, "can I help you?" Toy Safari definitely brings back memories.

The motto at Tucker's Ice Cream is "life is uncertain, eat dessert first." They specialize in rich and full-flavored old-fashioned super creamed ice cream, but they're also famous for their yogurt, sorbets and sherbets, fresh fudge, cookies & brownies, ice cream cakes and the finest baked cakes and cupcakes. It doesn't stop there! There's gourmet coffee, cappuccino, latte, espresso, Italian sodas and much more!

A Bay Area institution since 1927, Ole's Waffle Shop serves up old fashioned breakfast with all the trimmings. Vicki the owner says back in 1972 her dad bought the place for just a hundred dollars down. Great investment! 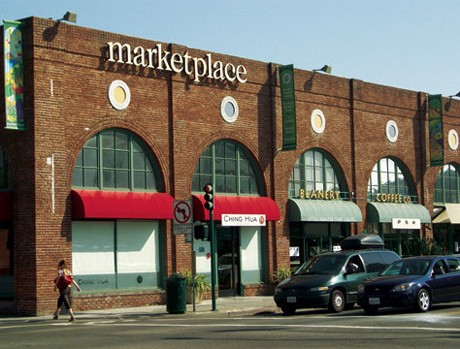 The Marketplace is home to ten locally owned and independently operated businesses focusing on gourmet, all-natural, sustainable, handmade, artisan and organic foods. From gourmet pizza to an 'on-the-spot massage,' The Marketplace offers quality food and services.

The Alameda Theatre is like traveling back in time. This vintage, art deco cinema has been fully restored exactly the way it was back in 1932. The screen is said to be the biggest one in all of Northern California.

Alameda has that perfect mix of dining options with a nice blend of old fashioned and fancy...there's something for every palette! Start your day with breakfast at Ole's Waffle Shop, voted "Best in the West" by Sunset Magazine. Grab lunch at Grand Street Bait and Tackle (yes, it's a great dive bar) to sample the historic garlic chicken noodles. For dinner, we stopped at Zen, an asian-spanish-italian fusion restaurant, favored by many locals. (Try the sushi pizza!)

This neighborhood shop sells bait, tackle, fishing supplies and garlic noodles. Yes, that's right... garlic noodles. The Fireside Cafe used to serve them to servicemen from the naval base and they became known worldwide. When Fireside went out of business, Grand Street Bait learned and perfected the recipe. So now you can order up a bowl of garlic noodles, and a side of bait.

Zen Asian Tapas opened its doors back in 2008. The red and black decor complements the Asian fusion cuisine. We recommend the sushi pizza -- delicious!

One great activity is to simply drive and drive and drive the island! It's hard to put our finger on it, but Alameda is just one of those places in the Bay Area that are a blast to explore! If you're looking for more formal daytrip activities, here are a few things we knocked off the to-do list: 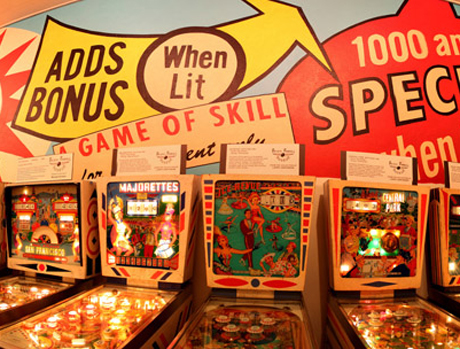 The best thing about this museum is that you can actually touch stuff. The price of admission gives you the right to learn everything you always wanted to know about pinball machines... and play them too. No quarters necessary!

No need to go all the way to big island of Hawaii to learn how to surf or kiteboard. At Boardsports School you can ride the waves right here on the island of Alameda. The water is warm. Jane the owner calls it the Caribbean by the Bay.

Founded in 1978, Rosunblum cellars offers 20 different types of Zinfandel and has some of the highest rated Zins in California. 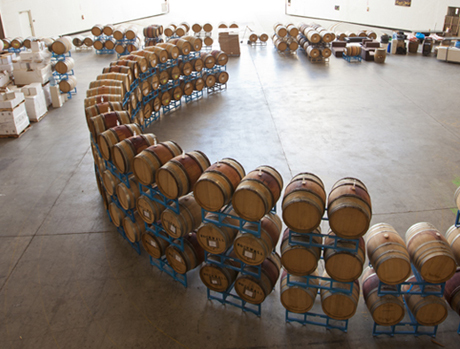 Ideally situated in Alameda, California, the winery boasts spectacular views of the San Francisco skyline. Grapes are sourced from all over California -- Cabernet Sauvignon from Napa Valley, Zinfandel from Sonoma County, Petite Sirah from Contra Costa County and Chardonnay from the Santa Lucia Highlands. The Rock Wall Wine Company represents a new chapter in the East Bay winemaking scene.

St. George Spirits was founded as an eau de vie distillery 30 years ago and the principles of Old World eau de vie distillation continue to inform every product they make today. St. George is open to the public for tours and tastings. Groups of 5 or more should call ahead for reservations. 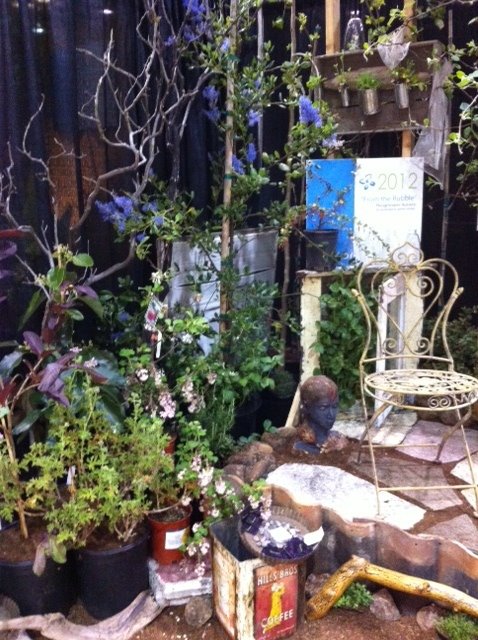 Ploughshares is an environmentally sustainable retail nursery specializing in California native, drought tolerant and edible plants. Part of the Alameda Point Collaborative (APC), Ploughshares offers the highest quality locally grown plants, and the knowledge and expertise to help you successfully grow them in your own garden.

The Alameda Point Antiques Faire is the largest antiques show in Northern California. Held on the 1st Sunday of every month, the Faire boasts over 800 Dealer booths. Nothing sold is under 20 years old.

Eye On The Bay is the San Francisco Bay Area's source for things to do, places to go and sights to see. This Emmy Award winning magazine-style show features cheap eats, Bay Area bargains and weekend getaways.