CORTE MADERA (CBS SF/AP) -- A Wednesday night appearance in Corte Madera by Jeanine Cummins, author of the controversial novel "American Dirt", has been cancelled after her publisher called off the remaining stops of her nationwide promotional tour over safety concerns.

Employees at Book Passage in Corte Madera said their event was cancelled on Wednesday morning. 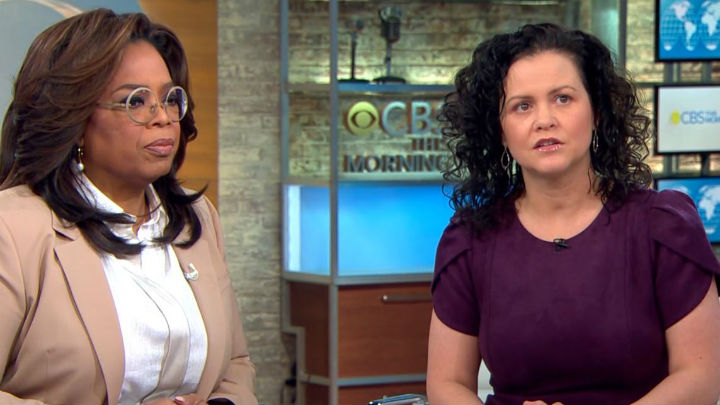 Earlier this week, the book's publisher -- Flatiron Books -- had cancelled promotional stops at book stores in La Jolla and Pasadena.

The novel about a Mexican mother and her young son fleeing to the U.S. border had been praised widely before its Jan. 21 release and was chosen by Oprah Winfrey for her book club. But Mexican American writers have been among those strongly criticizing "American Dirt" for stereotypical depictions of Mexicans. Cummins is of Irish and Puerto Rican background.

"Jeanine Cummins spent five years of her life writing this book with the intent to shine a spotlight on tragedies facing immigrants," Bob Miller, president and publisher of Flatiron Books, said in a statement Wednesday. "We are saddened that a work of fiction that was well-intentioned has led to such vitriolic rancor.

"Unfortunately, our concerns about safety have led us to the difficult decision to cancel the book tour."

Cummins, 45, had made a handful of promotional appearances since her book was released, but over the past few days the St. Louis-based Left Bank Books had called off an event and Flatiron had cancelled interviews in a pair of California stores. The tour for her heavily promoted book had been scheduled to last at least through mid-February, with planned stops everywhere from Seattle to Oxford, Mississippi.

Despite the criticism, Cummins' novel had been selling well and was No. 8 on the Amazon.com best-seller list at the time Flatiron announced the tour was being cut short.

Cummins does have at least one major interview coming up. On Wednesday, a spokesperson for Winfrey confirmed that Winfrey will meet with the author next month and that the discussion will air in March on Apple TV Plus. "American Dirt" was the third picked by Winfrey since she began a partnership with Apple last year.

Winfrey first chose "American Dirt" last fall, before any criticism had emerged and acknowledged in a pre-publication interview with The Associated Press that she was unaware of any controversy. She has since posted a video on Instagram, saying that she had been following the debate and hoped for a broad discussion.

"I've spent the past few days listening to members of the Latinx community to get a greater understanding of their concerns, and I hear them. I do," Winfrey said in the video. "What I want to do is bring people together from all sides to talk about this book."