CONCORD (CBS SF) -- Police in Concord are asking for the public's help in finding a Malinois pup who was stolen from the home of an emergency room nurse over the weekend.

The dog belongs to an ER nurse who told police the 11-week-old Malinois puppy named Max was taken from her North Concord home on Montgomery Avenue at around 10 a.m. Saturday morning. 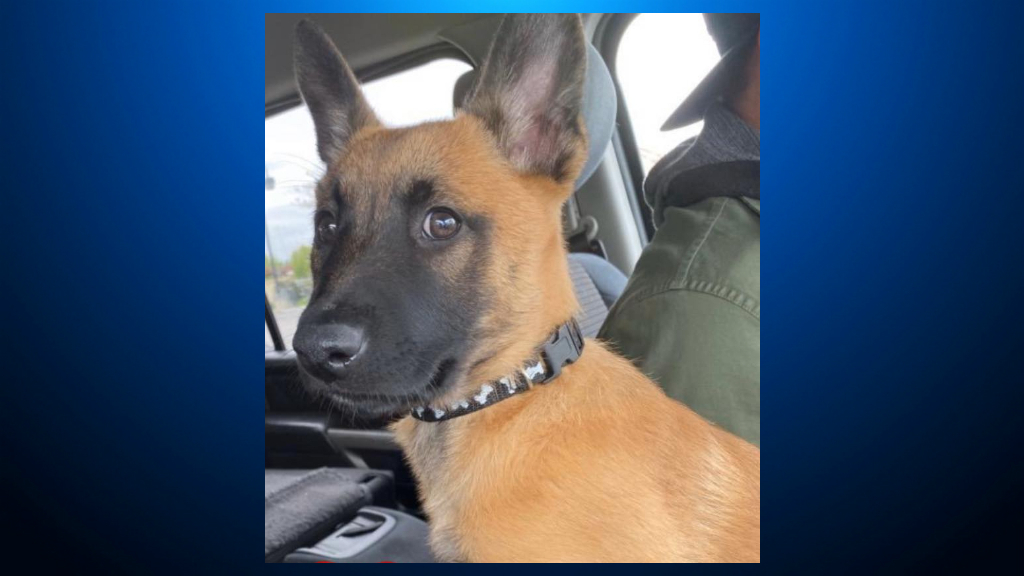 The Concord Police Department posted about the dog's theft Saturday evening, including a photo of Max and fuzzy security footage of the suspect in the homeowner's driveway, picking up the dog and riding off on a bicycle.

"The suspect is described as an adult male, wearing a dark hooded sweatshirt (red patches on elbows), dark ball cap, a surgical mask blue jeans, dark shoes, and blue rubber gloves. He carried Max away from the area riding a gold and white bicycle," the department wrote in the original post.

On Monday, the police posted clearer photos of the culprit with Max as he took the dog.

Concord police are asking anyone with information on the suspect or the dog's whereabouts to contact the department's Financial Crimes Unit at (925) 671-3030. Individuals who wish to remain anonymous can call the department's tip line at (925) 603-5836.