HAYWARD (CBS SF) -- A California Highway Patrol officer from Tracy was killed and a second injured when a suspected drunk driver slammed into their SUV as it was parked on the side of southbound Interstate 880 in Hayward while on maximum enforcement patrol on Sunday night just before midnight, authorities said.

CHP Assistant Chief Ernest Sanchez said that Officer Andrew Camilleri, 33, died when a speeding red Cadillac hit the back of a patrol vehicle that Camilleri and another officer were in.

The patrol vehicle was parked on the right shoulder of I-880 near Highway 92. The officers were stopped as part of their efforts to patrol the highway, which involves using tools such as radar, Sanchez said. The collision was reported at 12 a.m.

Both officers were seated in the front seat of the SUV and were wearing their seatbelts at the time of the crash.

The other officer, Jonathan Velasquez, was treated at a hospital and released. 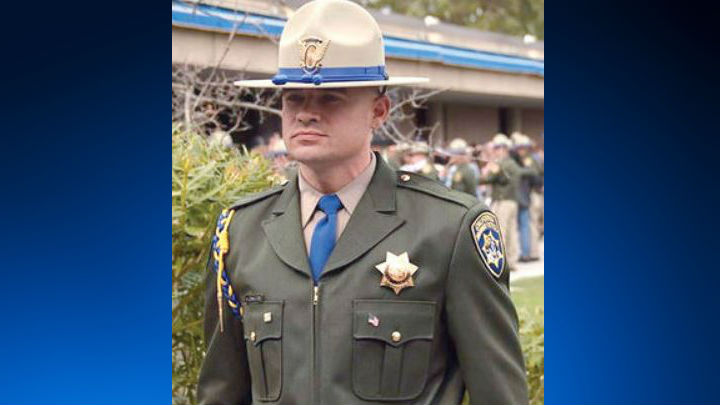 Camilleri is survived by his wife Rosanna, three children; 12, 6 and 2 years old; his parents, a brother and sister. He had been with the CHP for a little over a year.

Sanchez identified the driver as a 22-year-old Hayward man who was on his way home from a holiday party. He said evidence shows the suspect was under the influence of both alcohol and marijuana at the time of the crash and is in serious condition at a hospital.

"This needs to stop," Sanchez said, adding that he is not only brokenhearted about Camilleri's death, but also angry.

He said that it's not just because the CHP lost one of its own but that too many fatalities have occurred, just in the past couple of weeks, in the Bay Area because of people driving under the influence.

Gov. Jerry Brown issued a statement about the loss of the officer.

"Anne and I are deeply saddened to learn of the tragic loss of Officer Camilleri," Brown said. "We join his family, friends and the entire California Highway Patrol in mourning his death and honoring his sacrifice."

Flags at the state Capitol will be flown at half-staff in honor of Camilleri, Brown said.

"This is not the way we wanted to celebrate Christmas Day," Sanchez told reporters. "Today is a tragic day."