According to the Los Angeles Times, more than 13,500 inmates across California are being released early each month to relieve crowding in local jails -- a 34 percent increase over the last three years.

In Los Angeles County, with a quarter of California's jail population, male inmates are often released after serving as little as 10 percent of their sentences and female prisoners after 5 percent.

Contra Costa County went decades without releasing a single inmate early, but had to start doing so in 2013.

The change has largely been blamed on Governor Brown's prison population reduction strategy, or realignment, to comply with  federal orders to reduce the state's severely bloated prison population by one-third.

In October 2011, realignment started shifting the responsibility of low-level offenders from state prison to county jails. But many county jails, which are designed to hold suspects awaiting court dates or convicted inmates serving short sentences period, weren't ready to to handle the influx of new inmates.

Lawmakers tried to ease the load on counties by expanding credits for good behavior and jailhouse work and even cutting most sentences in half. Still, state and county officials say they knew jails did not have enough room.

Law enforcement officials say they're making every effort to ensure the releases are not a great danger to the public, only releasing low-level offenders who are usually parole violators and those convicted of misdemeanors.

But an analysis of jail data from the Board of State and Community Corrections found that incarceration in some counties have stopped or been eliminated for a variety of misdemeanors which include parole violations, drug use, DUI's and in some cases,  domestic violence and child abuse.

Early Releases Due To Lack Of Jail Housing Capacity Across California 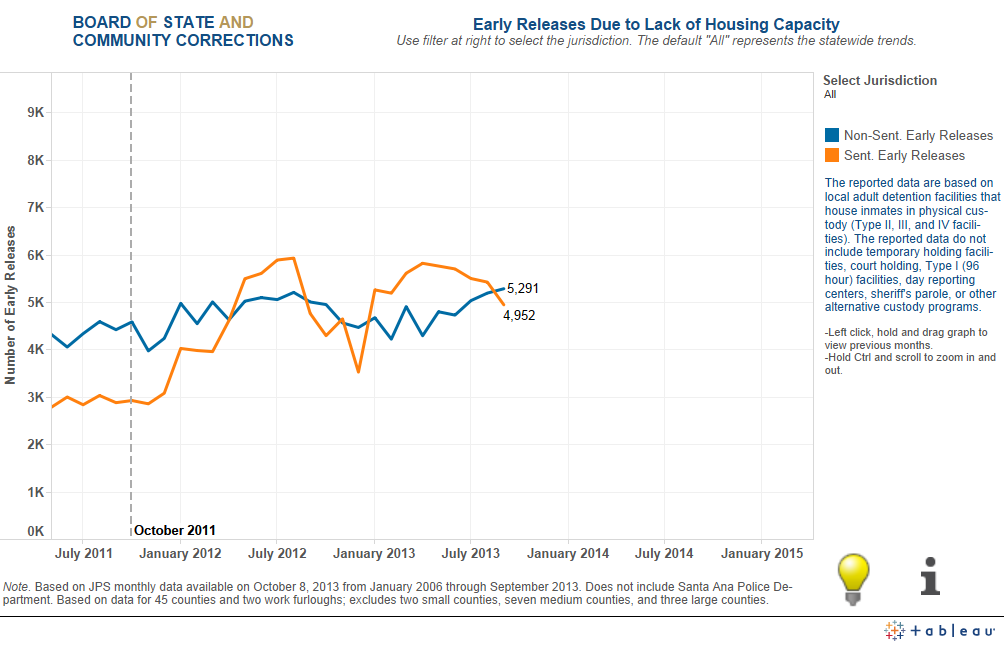 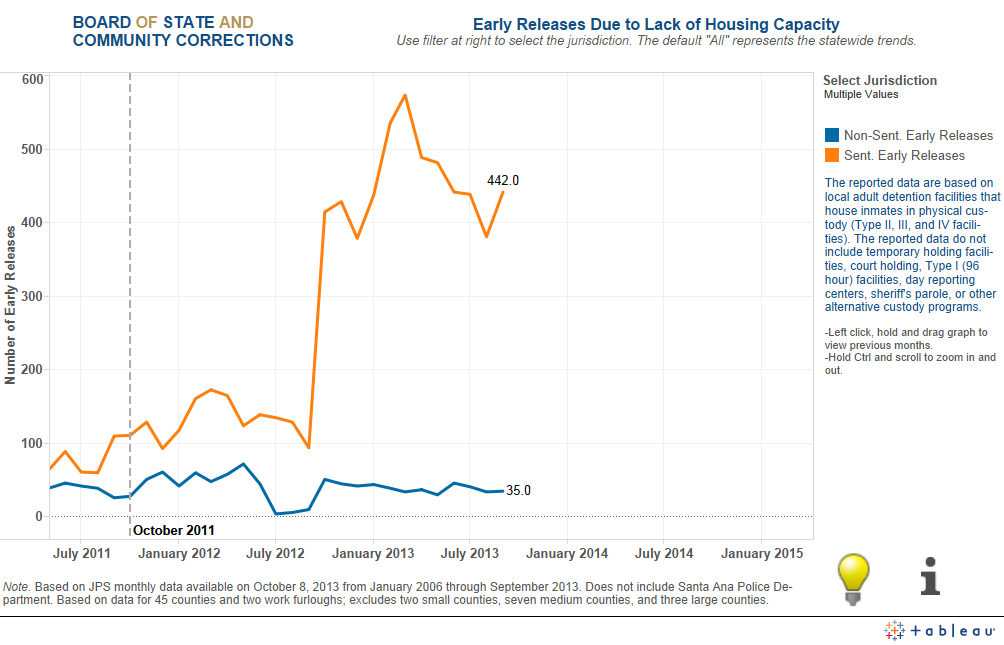