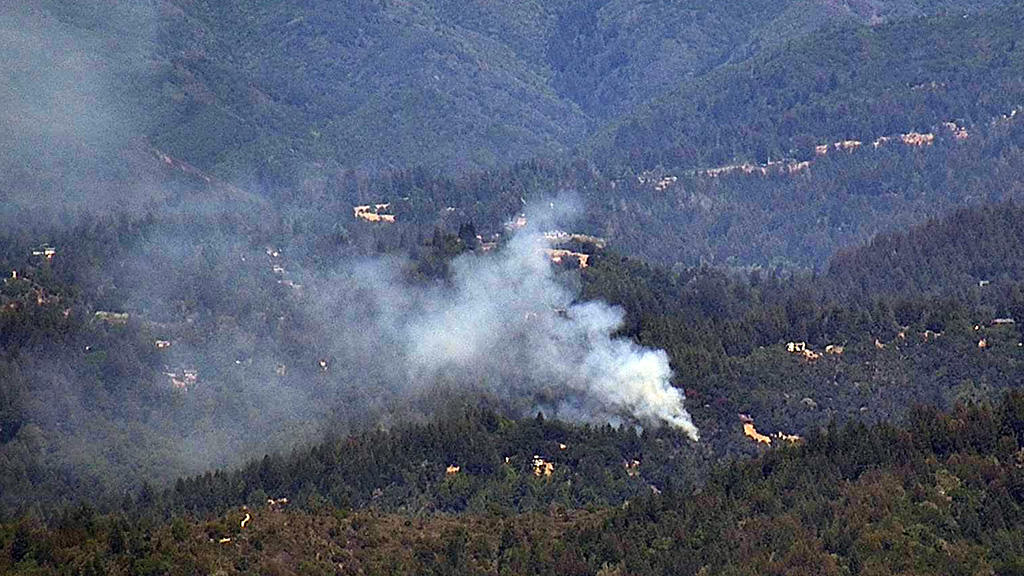 SANTA CRUZ -- A one-acre fire burning near Highway 17 and Hutchinson Road in Zayante in Santa Cruz County was 75 percent contained, according to Cal Fire at 6:16 p.m. on Saturday.

Access to what they are calling the "Rock Fire" has been difficult, crews said, because it is burning in an oak and pine forest. Cal Fire initiated an air attack including a helicopter and air tankers.

Firefighters say that three structures were threatened and the fire had a moderate rate of spread.

Cal Fire estimates that crews will on scene for four to six hours -- well into Saturday evening.