SAN FRANCISCO (CBS SF) -- Maybe you should make another wish the next time you have birthday cake -- that your guests won't get sick.

A new study says blowing out those candles on the birthday cake spreads not only thousands of tiny drops of saliva, but each aerosol drop carries with it a host of germs.

Your icing becomes a virtual petri dish for Staphylococcus, Corynebacterium, Haemophilus and Neisseria, according to researchers.

The study, entitled "Bacterial Transfer Associated with Blowing Out Candles on a Birthday Cake," was published in the Journal of Food Research.

The researchers wanted to help raise awareness of the health risks associated with birthday celebrations and "encourage others to take steps toward preventing the spread of bacteria." 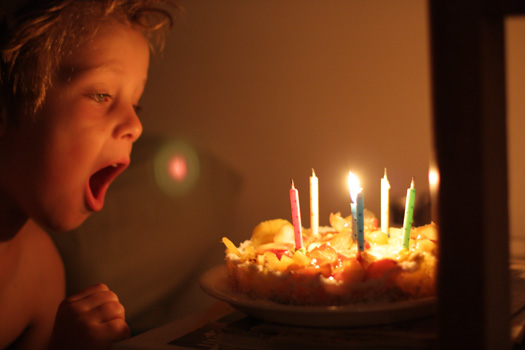 After comparing the icing of cakes that were blown and not blown, researchers determined that blowing out candles resulted in 1400% more bacteria. Over 2000 moisture particles are released with each blow, each one "large enough to carry bacteria as well as viruses."

"The transfer of oral bacteria and other microorganisms from the respiratory tract of a person blowing out candles to food consumed by others is likely," according to the study.

The researchers did not offer an alternative to the traditional blowing out of candles, a practice they say dates back to ancient Greece.