(CBS NEWS) – Bill Murray says he knows who to call for the next "Ghostbusters" sequel.

The "Grand Budapest Hotel" actor has revealed which actresses he would like to see in a new, potentially all-female, line-up of the paranormal exterminators. 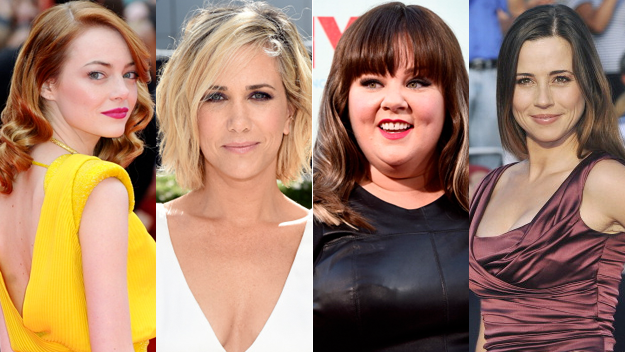 At the top of Murray's list is his "St. Vincent" co-star, Melissa McCarthy, as well as one of her "Bridesmaids" castmates.

"Melissa would be a spectacular Ghostbuster. And Kristen Wiig is so funny --- God, she's funny," Murray recently told the Toronto Star.

The 63-year-old Oscar-nominated actor also had a few others in mind.

"I like this girl Linda Cardellini a lot. And Emma Stone is funny. There are some funny girls out there," he said.

Murray starred in the original 1984 "Ghostbusters" alongside Dan Aykroyd, Ernie Hudson and the late Harold Ramis.

The film took in over $291 million at the global box office and was followed by a 1989 sequel, which saw a return of the main cast.