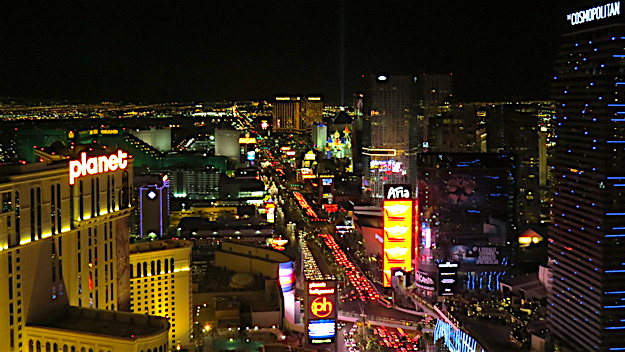 You just finished your final exams and you're looking forward to being home for the holidays. But what do you do with the rest of your winter break after you've spent time with family and friends and exchanged gifts? If you're like most college students, you have another week or more before classes resume. Why not venture out on a trip, possibly with some of your best friends from home or college? With so many places to choose from, here is a look at five of the best winter break destinations in the U.S.

With little chance of rain, scores of affordable hotels and world-class nightclubs, Las Vegas may be tops on the list of America's best winter destinations. With hotel prices typically lower in the winter, except for during New Year's Eve and the Computer Electronics Show, a group of students will have no problem finding a great place to stay, including rooms on the Las Vegas Strip for under $50 per night. Although the mega-pool parties won't resume until spring break, the nightclubs are open and there are plenty of great outdoor activities like hiking and kayaking. There are scores of hotspots for dancing and nightlife and among the best are XS Nightclub, Hakkasan, TAO Las Vegas and the Marquee Nightclub. Upcoming winter events include Hardwell at Hakkasan, Zedd at XS and Calvin Harris at Omnia, Caesars Palace.

Related: 10 Reasons To Add Las Vegas To Your Bucket List

Los Angeles and Southern California in general are consistent winter break favorites. In fact, many students living in the region won't bother leaving because there is so much to see and do. For out-of-town students, plenty of affordable lodging can be found all over the region. Although ocean temperatures may be chilly for some students, the beaches will be popular hangouts. Then there are the many trendy nightclubs like 1Oak LA, Bootsy Bellows and LAX, where it's not uncommon to rub elbows with high-profile celebrities, and live music venues like the Roxy and the Troubadour. In a vast area like LA, there's an endless amount of things to do over winter break, but great suggestions can include a visit to the luxury boutiques on Rodeo Drive, rollerblading on the Venice Beach Boardwalk, the Walk of Fame on Hollywood Boulevard, any Hollywood studio tour and, of course, amusement parks like Universal Studios Hollywood and Disneyland.

Like several cities across South Carolina, Myrtle Beach can be affected by heavy rains in the month of October. But hurricane season will be over by December, making this coastal community the best winter destination in the Palmetto State for college students. Due to the chilly weather and possibility of rain, staying at one of the many popular campgrounds may not be an option. But there are more than 200 hotels to choose from, ranging from budget spots like the Wayfarer Motel to hotels with swim-up bars like Hotel Blue Resort and family-friendly places like the Crown Reef Beachfront and Waterpark. Among the best Myrtle Beach attractions for students are Broadway at the Beach, Myrtle Beach Boardwalk and the beach itself. At night, students might want to check out places like Club Boca, Revolutions and Froggy Bottomz.

There are several outstanding winter destinations in Florida, with Miami and Daytona Beach ranking at or near the top. But the most affordable city year-round is Orlando. While Orlando may not measure up to Miami's nightlife, January signals the beginning of the high season in South Florida, making accommodations less affordable. Still, visiting any major amusement park, like Walt Disney World or Universal Studios Florida, can easily offset any savings on lodging. A more affordable option to either park would be sightseeing at either Disney Springs, formerly known as Downtown Disney, Universal CityWalk or free attractions suggested by Visit Orlando. Orlando also has its own share of popular nightspots where drinks are much more affordable than in Miami, such as the Independent Bar, Latitudes and the Beacham.

At first glance, Santa Fe might not appear too striking as a winter break destination. But not every college student wants to party and dance all night and sleep half of the day. As a healthier, more fitness-centric alternative, the nation's oldest and highest capital city can easily serve as a home base to enjoy a number of fun activities. Recommendations for visiting students include winter sports at Ski Santa Fe with round-trip bus service from the heart of the city, snowshoeing with Santa Fe Walkabouts, a stroll through the city's acclaimed art scene on Canyon Road or even an amazing Southwest cooking class with the Santa Fe School of Cooking. College students also have a number of great options for accommodations by sharing expenses and staying at great places like Santa Fe Suites, Santa Fe Sage Inn or the Inn of the Governors, not far from the historic plaza. If students need some evening entertainment, the city sparkles with nightlife at lively places like Skylight, The Underground at Evangelo's, Bar Alto and the Coyote Rooftop Cantina. Just recently, Santa Fe was named America's "best destination for outdoor enthusiasts" from 10Best.

Related: How To Stay Healthy While Traveling