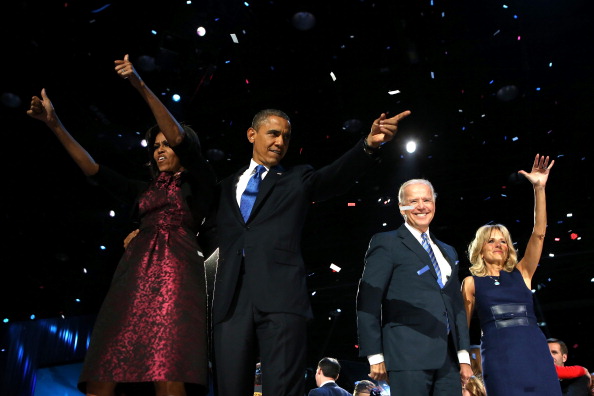 On January 21, President Barack Obama will be inaugurated for his second term of office. Of course, this notable event will be celebrated with pomp and circumstance in Washington, D.C. But local Bay Area residents can join in the celebration. Check out some of these creative ways to participate in our government and celebrate the presidency and the history of America.

As was noted when President Obama's first term in office began, Obama is the first US president of African-American background. Obama's multicultural background is emblematic of the melting pot phenomenon that is the contemporary United States. If you'd like to learn more about the African-American experience and the ways that Africans have moved across the world in the past centuries, the Museum of the African Diaspora in downtown San Francisco is a fascinating place to start. MoAD, which opened in 2005, presents an interpretation of the African diaspora that includes events for adults and children, lectures and readings and a rotating schedule of exhibitions of art and historical objects.

Perhaps you're looking for a way to get your kids excited about the inauguration and the president. What better way than with planes? The Hiller Aviation Museum in San Carlos holds periodic hands-on workshops for children, including one about building a model version of Air Force One, the aircraft built especially for transporting the US president around the globe safely and speedily. The Museum has in its collection the front fuselage of a 747, the same type of plane used for Air Force One. Your kids can tour the cockpit, build and fly a scale model and try flying the president's plane using the museum's flight simulators.

Perhaps you've been inspired by President Obama and want to make a real change in your community yourself. Why not get involved in local government? San Francisco has a variety of boards, commissions and other local government positions that are held by local residents. Open positions, as well as scheduled meetings, are posted on the city's website. Check out the database of board and commission appointments to find a group that fits with your interests and needs.

Many local Bay Area communities hold Citizen Academies, open to local residents, that are connected with local government and/or local police departments. San Ramon, for example, is holding a new Citizens Police Academy program for 2013 beginning on January 10. The due date for applications has already passed, but local residents can sign up to be notified for when the next Citizen Academy will be held. If you do not live or work in San Ramon, your city may have a similar program in place.

Maybe you'd like to celebrate a different sort of patriotism - perhaps your California pride? Bear Republic Brewery, founded in 1995, was named after the brief California republic of the mid-1800s. If you can't make it to the Bear Republic brewpub in Healdsburg, the local craft beer is also distributed to many Bay Area restaurants and bars, including B Restaurant in San Francisco.

Laura Tarwater-Scharp is a freelance writer, editor and historian. Originally from the Midwest, she has lived in the San Francisco Bay Area for over a decade. Her work can be found at Examiner.com.