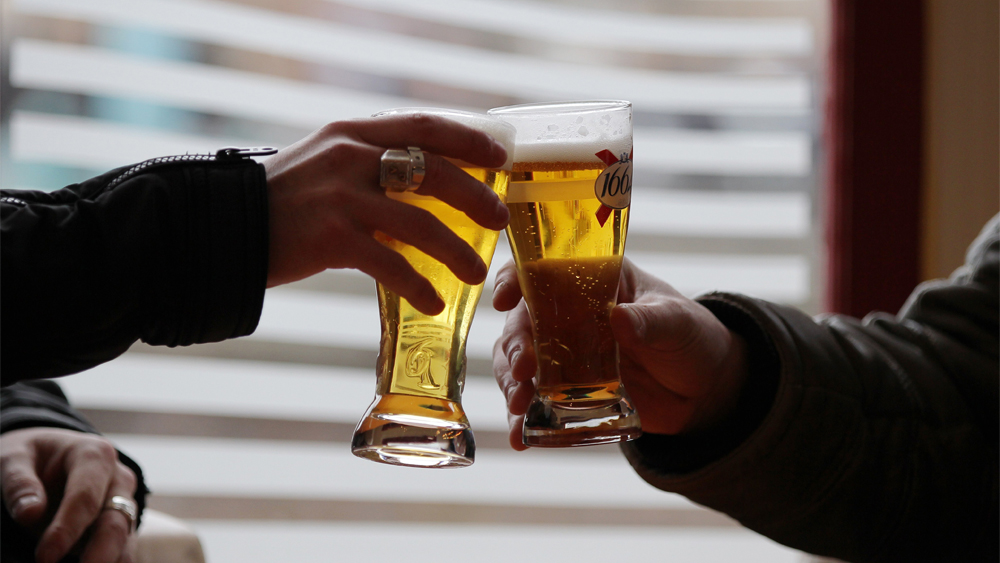 Father's Day is Sunday, June 21 and what better way to celebrate this special day than having a drink with dad. While there are plenty of places to go in the East Bay, your father may already have a few spots in mind. But if you and dad are still undecided on a place, there's no time to waste, especially if you want to have a meal along with your drink. Here are five of the best spots in the East Bay for a Father's Day drink with dad.

Whether you're just having a drink with your dad or dining together, Five Restaurant and Bar is a great spot to be on Father's Day. Located close to the UC Berkeley campus, this contemporary bistro and bar offers an assortment of outstanding beers and wine and finely crafted cocktails like the classic Vieux Carré, the Waldorf and a house original, Moulin Rouge. Guests can order outstanding food from either the bar or the award-winning restaurant, a Michelin Bib Gourmand selection for the past five years. Five Restaurant and Bar is located inside the historic Hotel Shattuck Plaza, Trip Advisor's top rated hotel in Berkeley.

With several outstanding spots to have a drink with dad, Jack London Square is expected to be a very popular destination for Father's Day. Situated along Oakland's historic waterfront, visitors to this popular shopping and entertainment center is home to places like Heinhold's First and Last Chance, Oakland's oldest and most famous drinking establishment and other businesses with scenic views of the Oakland Estuary. While Heinhold's is highly recommended for a visit, there's not much room, leaving hopeful visitors to find other places to celebrate with dad. Fortunately there's other notable places for drinks, such as Jack's Oyster Bar and Fish House, Kincaid's, Scott's Seafood and Yoshi's Jazz Club and Restaurant.

If you live in the East Bay, there's a very good chance you and your dad are fans of the Oakland Raiders. In that case, having a drink with dad at Ricky's Sports Theatre and Grill is a no brainer. With a full bar and restaurant, more than 90 TVs, plenty of seating and an enormous collection of Raiders memorabilia, Ricky's is all but certain to be quite busy on Father's Day. Once named the second best sports bar in America by Sports Illustrated, this popular drinking establishment has been in business for nearly 70 years.

Voted the East Bay's Best Bar, the Trappist is one of the best spots in the Bay Area for Belgian beers. Located in downtown Oakland, the Trappist has a front bar and back back, offering award-winning beers from all over the world. Among the notable beers on tap are Petrus Aged Pale, Kerkom Bink Tripel and St. Bernadus Abt 12, as well as local beers from acclaimed breweries like Russian River Brewery in Sonoma County and North Coast in Mendocino County. Last year, the Trappist opened up a new specialty beer cafe that's quickly gained rave reviews and national attention. Both locations offer a bar menu with artisan cheeses, charcuterie and other small dishes.

Since the Oakland A's will be hosting division rival the Los Angeles Angels, O.co Coliseum will be a very popular destination on Father's Day. In fact, the celebration can begin even before entering the stadium with a tailgate party, complete with a barbecue and plenty of beer to pass around. Once inside, fathers can easily sip a beer from the convenience of their seats but the best spot to visit is the Westside Club. Open to all ticket holders for A's games, the Westside Club has a great selection of food craft beers and features the longest sports bar in Northern California.

Related: What To Eat At O.co Coliseum
Randy Yagi is a freelance writer covering all things San Francisco. In 2012, he was awarded a Media Fellowship from Stanford University. His work can be found on Examiner.com Examiner.com.