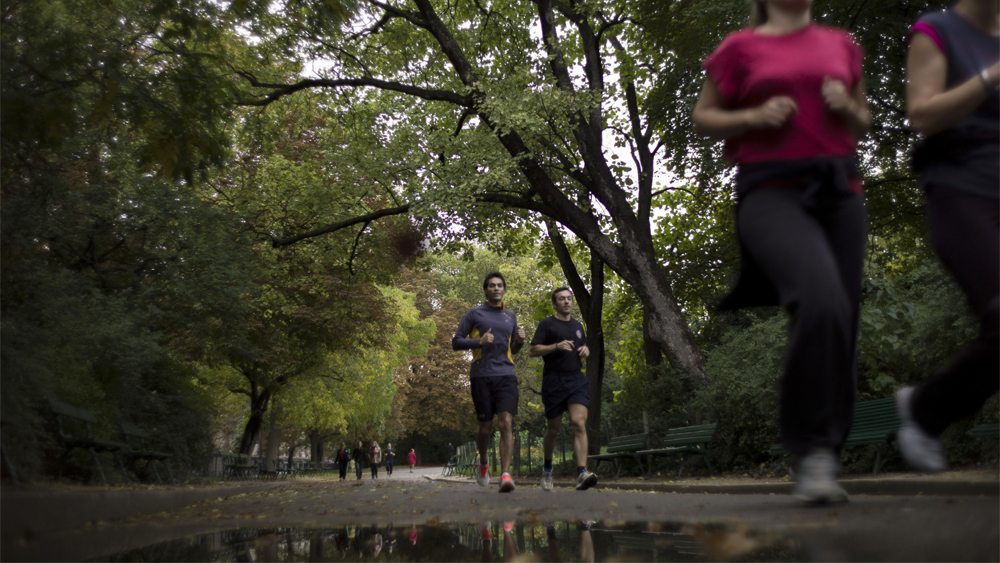 Visitors to the San Francisco Bay Area have an abundance of locations to get in a good outdoor workout. While San Francisco itself offers all sorts of choices, locals know that crowds, traffic and parking always seem to be a concern, even during the winter months. Fortunately for hikers, runners and cyclists, there are other places nearby all within an hour's drive that often some of the most spectacular vistas in the entire Bay Area. The following are five of the best places to stay fit in the North Bay.

Once home to the Native American Coastal Miwok and years later as a late 19th century Chinese shrimp fishing village, today this state park overlooking San Pablo Bay is a great place for outdoor recreation, even in winter. Visitors can enjoy 15 miles of trails open to hikers, runners, cyclists and equestrians, in addition to picnics and visiting the remnants of the Chinese village. The .75-mile Turtle Back Hill Trail is the most family-friendly route, but is only open to hikers and runners. The most challenging trail is the 5.6-mile Bay View/Bay Hills/Back Ranch Fire Trail, yet worth the effort upon reaching the top of San Pedro Mountain to marvel at commanding views of San Pedro Bay, the Marin Headlands, Mount Tamalpais and Mount Diablo in the East Bay. China Camp State Park is located seven miles northeast of San Rafael and 25 miles north of San Francisco via Highway 101. Day use parking is just $5 and trail users without vehicles are asked to pay a nominal fee.

Located just north of the Golden Gate Bridge, the Marin Headlands boasts some of the most stunning views of the San Francisco skyline and arguably the world's most photographed bridge. A part of the Golden Gate National Recreation area, the Marin Headlands features a visitor center, an impressive network of multi-use trails, four campsites, former military sites, a dog-friendly beach and an historic 19th century lighthouse offering extraordinary views of the Pacific Ocean at the southwestern tip of the peninsula. Not all trails are open to bikes and horses but visitors are afforded a generous selection of trails, based upon length and level of ability. The visitor center is open daily from 9:30 a.m. to 4:30 p.m. except for Thanksgiving and Christmas.

Mount Tamalpais, or Mount Tam as the locals call it, is quite possibly the most popular place in the North Bay to stay fit. Reaching an elevation of nearly 2,600 feet, it's the highest point in the Marin Hills, with breathtaking panoramic views of the San Francisco Bay Area and on a clear day, the Farallon Islands off the coast and the Sierra Mountains to the east. With more than 50 miles of trails for hikers and cyclists, visitors can choose from beginning walks on slightly rolling hills to advanced excursions like the six-mile round trip from the Mountain Home Inn to the East Peak summit. The easiest route to Mount Tamalpais for motorists traveling from San Francisco is to take Highway 101 North to Highway 1 North, then turn right onto the Panoramic Highway.

Named after the famous naturalist John Muir, who described it as "the best tree-lover's monument that could be possibly found in all of the forests of the world", Muir Woods is graced by towering redwood trees and a flourishing wildlife. Although the tallest redwood trees in this national monument are only 250 feet high, most of the trees range in age from 400-800 years and as much as 1,200 years. Only hikers are allowed on trails within the park and there is no camping onsite. Because Muir Woods is one of the world's most visited redwood parks, the best time of the year to visit might be during the winter and springs months, particularly since there is limited parking onsite.

Stinson Beach is a popular place to stay fit for both runners and walkers, not only because of its stunning views of the Pacific Ocean, but also for its absence of large crowds. Nevertheless, it's a popular spot for a day trip for many Bay Area residents as it's less than an hour's drive from San Francisco. One of the few times visitors can expect to see a moderate crowd is when the 12-km Dipsea Race is held annually on the second Sunday in June. The oldest trail in America, the Dipsea, limited to just 1,500 entrants, begins in downtown Mill Valley and then after negotiating three flights of stairs, traverses through Muir Woods, then up Cardiac Hill and down the literal Steep Ravine, before settling onto the relatively flat Stinson Beach.

Related: Private Vinyards You Can Almost Afford To Buy
Randy Yagi is a freelance writer covering all things San Francisco. In 2012, he was awarded a Media Fellowship from Stanford University. His work can be found on Examiner.com Examiner.com.
Thanks for reading CBS NEWS.
Create your free account or log in
for more features.