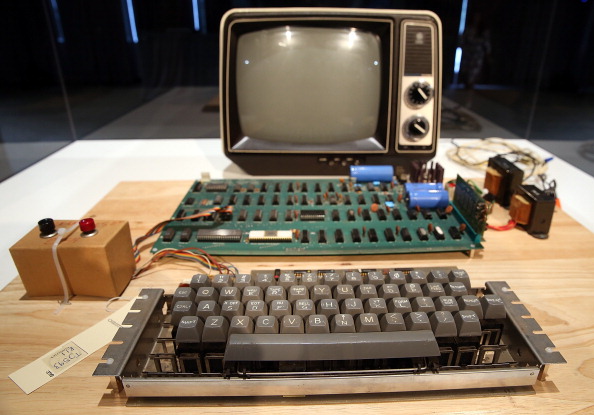 What do computer chips, pumpkin seeds and surf boards have in common? They're all at the heart of the story of Silicon Valley and the Peninsula and South Bay. These are the places where you can learn more about this Pacific coastline and inland region south of San Francisco and what makes it so special.

Clearly, the history of the Peninsula and South Bay are inextricably linked to the story of Silicon Valley. The museum's permanent collection is all about the Information Age. See computers dating back to the 1940s and 1950s. Visit "Revolution: The First 2000 Years of Computing," an exhibit that contains 1,100 artifacts in 19 galleries, from the abacus to the smartphone. Understand the importance of Silicon Valley in a presentation focusing on the impact technology has had on human civilization. Open every day but Monday, the museum occasionally closes for private events.

This small museum in the old courthouse building (built in 1910) packs in a great deal. From the time of the Ohlone natives to today, visitors can realize that the Peninsula is a good deal older than the freeways running through it. Exhibits cover the rise of automobiles and commuting, the world's biggest surfing waves at Mavericks, 24 models of historic ships, and much more. In yet another Silicon Valley connection, the permanent exhibit features an original 1988 NeXT computer, part of the company founded in Redwood City by Steve Jobs when he left Apple for a time. In Pacifica, visit the Don Francisco Sanchez adobe home dating from 1843 to discover what life was like under the Mexican flag before California was part of the USA. And there's still more to experience in interactive displays on the history of logging at the Woodside Store (built in 1854). The main museum is open daily except Monday.

On the campus of Stanford University, celebrating its 125th anniversary in 2016, this significant museum has free admission six days a week. The campus was the site of the Stanford family's farm prior to their founding of the university. Within the extensive permanent collection, which includes one of the world's largest presentations of Rodin bronzes, visitors will find The Stanford Family Collection. As a railroad baron, a governor, and a U.S. senator from California, Leland Stanford was one of the 19th century's most influential citizens west of the Mississippi. By the turn of the century, the Stanford Museum was the largest privately-owned museum in the world.

In the century-old Williams House in the middle of downtown Palo Alto, some 5,000 artifacts that emphasize electrical and mechanical invention and technology from 1750 to 1950. Visitors will take a nostalgic trip back to see an early 20th century kitchen, a general store and a print shop from the 20s, and a 1920s working car repair garage housing a 1915 Ford Model T Touring car. The Ruth Bell Lane Memorial Garden, dedicated to the co-founder of Sunset Magazine, includes an early American cutting garden, medicinal and culinary herb beds, a drought resistant California Mediterranean garden, and a 1942-style victory garden that showcases vegetables, flowers and fruit available to Californians in the early 1940s. The free museum and gardens is open Friday through Sunday year-round.

As grapevines are to Napa Valley, great big pumpkins are to the Peninsula. To understand the deep historical ties the area has to these orange spheres, one needs only to enjoy Half Moon Bay's free 46th Annual Art & Pumpkin Festival on Oct. 15-16, 2016. A highlight is the autumn harvest festival is the pumpkin weighing contest, seeking to identify the world's largest pumpkin, likely to be in excess of a ton and possibly capturing a $30,000 prize. Chat with local artists about the tradition of arts and crafts, including hand-blown pumpkins, or talk to Farmer Mike, the "Picasso of Pumpkin Carvers" doing his thing here since 1986. Free and open to the public both days from 9 a.m. to 5 p.m., the winning pumpkin and top five biggest runner-ups will be on display.

Northern California's surfing scene is an aspect of life along the Pacific coast. See the bronze plaque telling the story of three Hawaiian princes credited with importing surfing to the mainland when they carved boards from redwood trees 130 years ago. Housed in a lighthouse on a bluff overlooking the crashing waves at Steamer Lane, the free exhibit chronicles 100 years of surfing. The newest addition to the history of surfing are two of the princes' actual boards, found last year in the archives at the Bernice Pauahi Bishop Museum in Honolulu. Returned to Santa Cruz, they are on display at the Santa Cruz Museum of Art and History.

This article was written by Laurie Jo Miller Farr via Examiner.com for CBS Local Media