The San Francisco Bay Area has a wealth of scenic locations to enjoy the last moments of daylight, as the sun lingers above the ocean amid a burst of colors before slowly escaping from view. While San Francisco has the most familiar places to enjoy many of the world's most spectacular sunsets, there are countless other locations to witness the sun as it seemingly melts into the horizon. Although sites like Land's End and Golden Gate Heights Park draw thousands of visitors, there are other places further south with equally breathtaking vistas with far less congestion. The following are five of the best places on the San Francisco Peninsula to watch the sunset. Each day, thousands of motorists pass this municipal beach, not realizing it's well worth a visit. Located along scenic Highway 1, most passersby are on their way to San Francisco to the north or Santa Cruz to the south, which is fine by most locals. Also known as Pacifica State Beach, there are plenty of outdoor activities to enjoy, including surfing, picnicking or simply walking the dog on the beach. Another noteworthy spot to admire the sunset in Pacifica is the Municipal Pier, four miles north off Highway 1.

Related: Your Guide to the Bay Area's Best Beaches 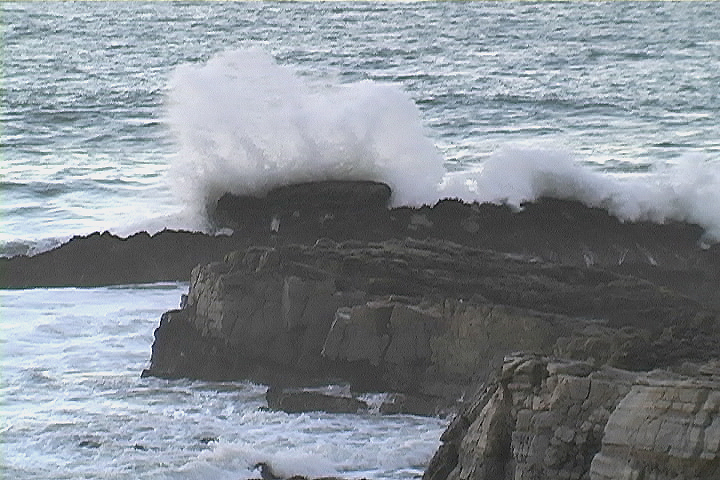 The entire Peninsula coastline is filled with scenic beaches and unforgettable sunsets. Among the most acclaimed is Pescadero State Beach about 45 miles south of San Francisco. Like all beaches along Highway 1 between San Francisco and Santa Cruz, there's rarely an occasion where this beach seems overcrowded. Pescadero State Beach is currently Trip Advisor's number one ranked beach on the list of Half Moon Bay attractions, ahead of Half Moon Bay State Beach and Miramar Beach. The mile-long beach, not far from the small communities of El Granada and Pescadero, has two spacious parking lots, with only the kiosk entrance charging a parking fee of $8.

Home to the West Coast's tallest lighthouse, Pigeon Point serves as both a state park and popular hostel. Located near the southern tip of San Mateo County, the lighthouse offers some of the most spectacular views of the California coast, particularly when the sun appears to descend into the sea. Unlike many California state parks, there is no admission fee and there's plenty of available parking spaces. Pigeon Point is just south of Pescadero and five miles north of Año Nuevo, home to the world's largest breeding colony of northern elephant seals. Johnson Pier and any restaurant at Pillar Point Harbor all offer great views of the glorious sunsets in Half Moon Bay. Located just north of Half Moon Bay, Pillar Point is also a popular location to view the world famous Mavericks big wave surf contest. By day, visitors can see the catch of the day and purchase fresh seafood directly from the fishermen's boats. Among the most popular restaurants with outstanding sunset views are Princeton Seafood Company, Barbara's Fish Trap and Sam's Chowder House. A popular trail from Pillar Point to Bluff Top Coastal Park also offers sweeping sunset views as the sky appears in a blaze of colors.

Although not a familiar Bay Area park like Golden Gate Park or Muir Woods, Sweeney Ridge may be more important in the history of California. Also known as the San Francisco Bay Discovery site, the 1,200-foot ridge is where Spanish explorer Gaspar de Portolá discovered the vast estuary in 1769. Located in northern San Mateo County, Sweeney Ridge is part of the Golden Gate Recreation Area and is both a California Historical Landmark and National Historic Landmark. With some of the most captivating views of the San Francisco Bay and the Pacific Ocean, the historic ridge is about a 25-minute drive south of San Francisco. At 3.2 miles roundtrip, the easiest hike to the summit begins at the Sneath Lane Trailhead in San Bruno.