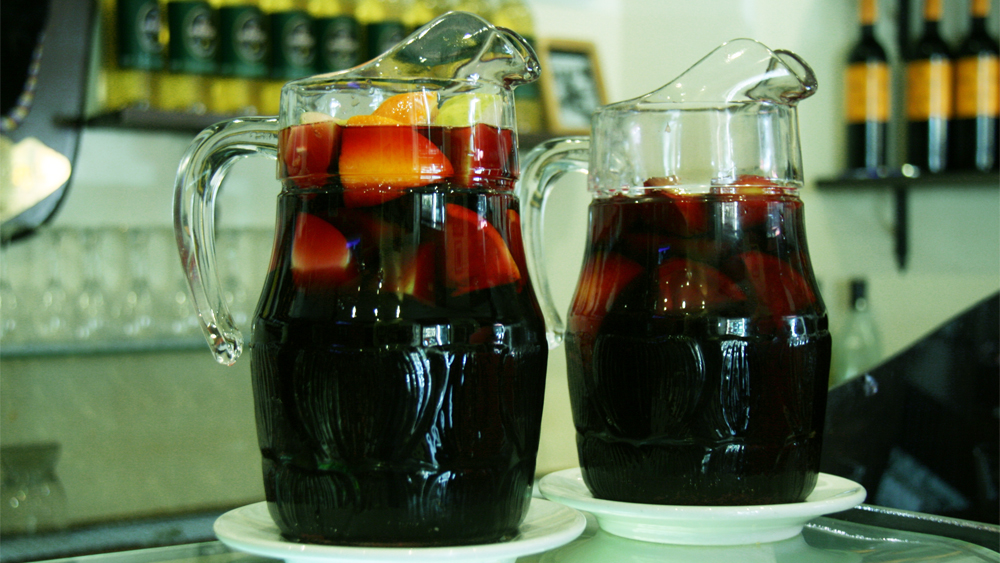 Typically made with dry red wine, seasonal fruit, a sweetener and brandy, sangria has long been a Bay Area favorite. First introduced to America at the 1964 World's Fair in New York, the flavorful drink can now be commonly found at many local restaurants and bars. But what local establishments consistently serve the best tasting sangrias? Although it's difficult to name just five, the following have all earned a solid reputation as among of the best places to have a glass of sangria in the Bay Area.

Located in heart of Silicon Valley, CasCal Restaurant is a very popular spot for outstanding Pan-Latin cuisine. The restaurant features house-made red, white and sparkling sangrias, along with other favorites like the CasCal mojito, house margarita and caipirinhas, the Brazilian national cocktail consisting of a distilled spirit made of sugar cane juice, sugar and lime. Each of the sangria selections are served with fresh citrus, apples, brandy, spices and triple sec and can be purchased by the glass ($7.50) or pitcher ($28). Items from the dinner menu include Peruvian ceviche, tapas, paella and slow roasted house specialties of the house.

This lively restaurant arguably serves up the very best sangrias in San Francisco. Located in the Haight District near Golden Gate Park, Cha Cha Cha features several delicious Cuban-styled tapas along with popular side dishes like arroz con pollo and mixed vegetables paella. Paired well with the outstanding cuisine, the sangrias are served by the glass ($4), half pitcher ($12) and pitcher ($20). A second San Francisco location recently opened at the former Original McCarthy's location in the Mission District. Cha Cha Cha is led by Toribio Prado, a James Beard Foundation honoree, whose original location is in Los Angeles.

With consistently rave reviews, the sangrias at Coconuts are so good that the choices are listed prominently at the top of the bar menu. The popular restaurant in downtown Palo Alto offers both a red wine sangria with apple cider, pomegranate, passion fruit, brandy and spices and a white peach liqueur sangria with pineapple, passion fruit, brandy and spices. Both sangrias are offered by the glass ($7.50) or by the pitcher ($25). In addition to tasty dishes such as jerk chicken, West Indian coconut shrimp and roasted sea bass, Coconuts has an extensive bar menu, with a number of red and white wines, bottled and tap beer and popular cocktails such as mojito-Jamaique, pina coladas and mango margaritas.

Specializing in Nuevo Latino cuisine, Limon Rotisserie is widely considered one of the best Peruvian restaurants in San Francisco. As a testament to its popularity, the restaurant, led by executive chef Martin Castillo and his brothers Antonio and Eduardo, has expanded to three locations in the city. Limon Rotisserie has a large selection of drinks, including pisco sours, chilcanos and a Peruvian-styled red sangria sold by the glass or pitcher. Many customers have described the sangria here as "the best ever." Limon Rotisseie is well known for its pollo a la Brasa, a free-range rotisserie chicken roasted over an open flame, served as a quarter, half or whole chicken.

North Bay visitors can enjoy classic tapas, paellas and refreshing house-made sangrias at ZuZu in downtown Napa. The Spanish-inspired restaurant has an extensive beer and wine list featuring several labels from Spain and the Napa Valley. Zuzu's fabulous house-blended sangria is available by the glass ($6) or 375-ml carafe ($28). Popular dishes from the menu include flat-iron steak from Brandt Ranch, queso frito and gambas al ajillo. Located just one block from the Napa River, Zuzu earned a certificate of excellence this year from Trip Advisor.

Related: Best Mojitos On The Peninsula
Randy Yagi is a freelance writer covering all things San Francisco. In 2012, he was awarded a Media Fellowship from Stanford University. His work can be found on Examiner.com Examiner.com.