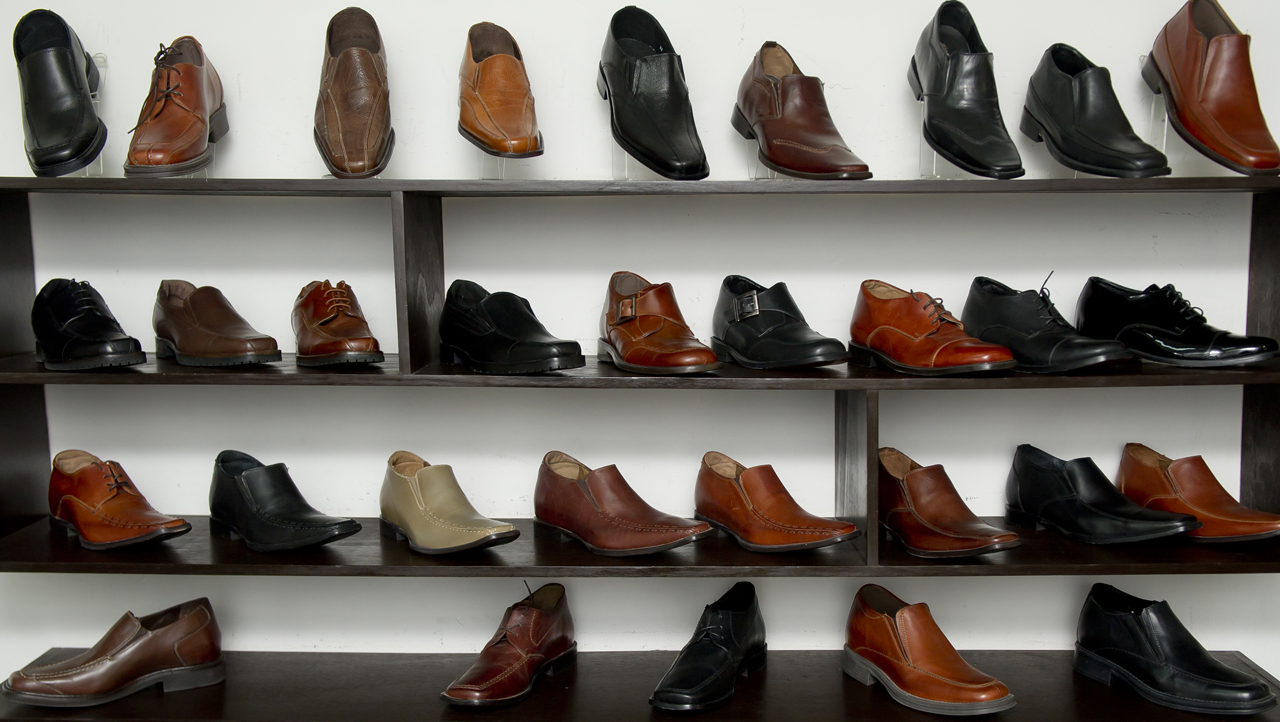 With a number of high profile companies and other smaller businesses based in San Francisco, there's a continuing demand for classic business attire. Fortunately, in a fashion-conscious city like San Francisco, there are plenty of options for men's clothing and footwear, especially for the shoe aficionado. Instead of heading to a big box store for your next pair of oxfords or derby shoes, here are five of the best local places for quality dress shoes in San Francisco.

With storefront neighbors like Gucci and Dior Homme, prudent shoppers will know Arthur Beren is something quite special. Located directly across from Union Square Park, Arthur Beren is a family owned clothier featuring a wide selection of men's and women's designer shoes. In business for nearly 30 years, the store is named after the successful businessman who continues to lead the store along with his son David. In addition to selling high quality dress shoes from leading designers like Gravati, Michael Toschi, Salvatore Ferragamo and Santoni, Arthur Beren also operates a thriving online commerce site to new and loyal customers.

Gimme Shoes carries one of the largest collection of men's and women's designer shoes in San Francisco. Co-founded by Leigh Stackpole and Jared Warwick, the locally-owned and operated business opened more than three decades ago. Gimme Shoes has three locations in two of the most popular shopping neighborhoods not named Union Square. Shoppers interested in knowing more about Gimme Shoe's latest arrivals or sale items can also visit the store's official website.

Its catch phrase should sum things up quite clearly: Designed in San Francisco, Made in Italy. And since 1999, the two elements have combined to create a grassroots success story for Paolo Iantorno, who at just 22 years old, launched his flagship store in the lively Fillmore Jazz District. Now a thriving small business with a second location on Hayes Street, all of the shoes are reportedly designed by Paolo himself, and every single one features high quality leather and expert craftsmanship. Additionally, his online commerce site offers well over 100 different styles of dress shoes in addition to boots, sneakers and other gorgeous looking shoes. Paolo Shoes also carries a nice selection of handbags, belts and Annachich jewelry, which happens to be designed and handmade exclusively in San Francisco.

Since 1966, Wilkes Bashford has been one of the leading luxury clothiers in San Francisco and the entire Bay Area. Named after the world-renowned clothier who passed away last month, the store carries both men's and women's clothing, as well as shoes, handbags, fashion accessories and fine jewelry. Located in the Union Square shopping district next to the five star Taj Campton hotel, Wilkes Bashford offers more than 130 different dress shoes, from several leading designers, such as Allen Edmonds, Bontoni, Cole Haan and Salvatore Ferragamo. A number of style advisers are on hand to offer personalized services either at the store or online.To keep up with the latest trends in clothing, the store website also hosts an acclaimed lifestyle and fashion blog. A second store can be found at the upscale Stanford Shopping Center in Palo Alto.

With a casual nod to full brogue shoes, Wingtip really is exactly how it's described: a "one stop shop for the modern gentleman." Located in the heart of the financial district and with the shadows of the Transamerica Pyramid towering above, this luxury store for men sells all sorts of high end products, including designer suits, fashion accessories, premium professional cases and much more. Wingtip's online inventory of dress shoes reveals nearly 30 styles, primarily from Michael Toschi, who began his exceptional career in footwear at age fifteen. However, the store founded by former tech executive Ami Arad also carries several dress boots as well as a few formal shoes. Wingtip also hosts an elegant members-only social club featuring a main bar, lounge and parlor rooms on the 10th floor of the former Bank of Italy building.