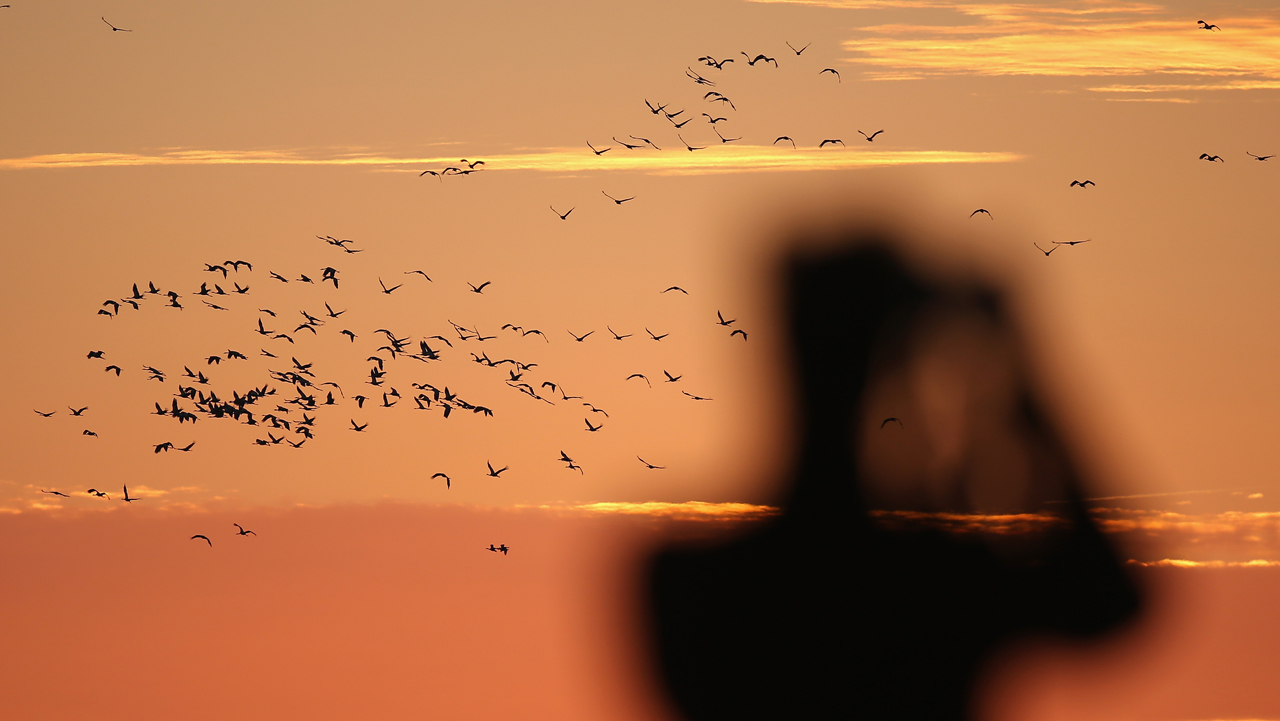 The San Francisco Bay Area has one of the most diverse collections of bird species in North America and most certainly in the world. Indeed, the San Francisco Bay itself is the largest estuary on the West Coast, and the wetlands surrounding the bay and elsewhere provide a vital habitat for marsh birds and hundreds of other common and endangered bird species. One of the most fascinating times of the year is approaching, as millions of migratory birds will stop and rest in the Bay Area before proceeding along the Pacific Flyway. While there is a multitude of extraordinary places to enjoy bird watching all over the Bay Area, here are just five of the very best.

Encompassing 1,940 largely undisturbed acres, Baylands Nature Preserve is described as one of the largest tracts of marshland in the Bay Area. Easily one of the best bird watching spots on the West Coast, the tidal and freshwater habitat is home to more than 150 bird species, including the endangered California clapper rail, found primarily within the marshes along San Francisco Bay. The clapper rail can be viewed during the fall, winter and spring near the Lucy Evans Baylands Nature Interpretive Center. During the winter months, several species of wintering ducks such as mallards, pintails and shorebird species traveling across the Pacific Flyway can also be found near the interpretive center. In the springtime, birdwatchers can enjoy other fascinating bird species, such as cliff and barn swallows and nesting black-necked stilts, American avocets, black-crowned night herons and snowy egrets along the hiking trails, also not far from the interpretive center.

An important segment of the sprawling Golden Gate National Recreation Area, Land's End is one of the best birdwatching spots in San Francisco. Over 200 migrant and resident bird species including flycatchers, oystercatchers, herons and warblers have been spotted here, and the best time to visit is during the fall migration through October. Land's End features spectacular ocean views, scenic trails and important points of interest, such as Seals Rocks, the Cliff House, Sutro Baths and the USS San Francisco Memorial. Other recommended San Francisco birdwatching spots include Golden Gate Park and the Presidio of San Francisco, known for having one of the most diverse bird populations of all the world's urban parks.

Often heralded as one of the Bay Area's most beautiful places, Point Reyes is also acclaimed as one of the best birdwatching destinations in the country. Spread over more than 71,000 acres of protected habitat, including salt and freshwater marshes, beaches and estuaries, the national seashore represents the largest number of bird species in a single Bay Area location and by far the most diverse among all segments within the entire National Park System, From Bolinas in the south to Tomales Bay to the north, there are several outstanding spots for birdwatching, including Bolinas Lagoon, Drake's Beach, Estero Trail, Point Reyes Lighthouse and the Giacomini Wetlands at the southern end of Tomales Bay.

Located north of the Golden Gate Bridge, the Richardson Bay Audubon Center and Sanctuary is described as the largest estuarine reserve of the San Francisco Bay. Operated under the guidance of Audubon California, it protects 900 acres of habits in the San Francisco Bay and houses an educational center that's open to the public. The center hosts free monthly bird walks the second Thursday of each month and is open to all levels of bird watchers. Each winter the center holds a waterbird survey of the thousands of migratory birds that descend upon the sanctuary, including ducks, loons, cormorants and grebes. Visitors may also be interested in visiting the historic Lyford House, an elegant 19th-century Victorian house overlooking the bay.

Related: Best Places For Horseback Riding In The North Bay