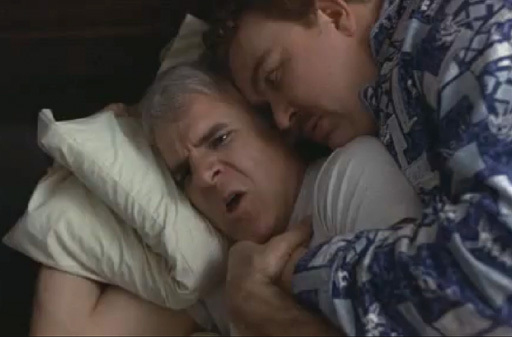 Thanksgiving is not all about football, parades, and eating. Its time when the family is all together and that's a perfect time to sit down and watch a movie about turkey day.

We've put together a list of our favorite Thanksgiving movies that range from an animated classic to dysfunctional family comedies. So loosen up your belt, grab your dessert, and pop in one of these Thanksgiving flicks.

HOME FOR THE HOLIDAYS

If you love a good dysfunctional family comedy, this is the movie for you. Holly Hunter stars as a just fired single mother, Robert Downey Jr. as her brother, and Ann Bancroft as her mother. This film from 1995 was directed by Jodie Foster.

Steve Martin plays a stressed ad exec trying to get home to Chicago for Thanksgiving, and the great John Candy is the guy throwing him off course at every turn in this 1987 John Hughes film.

Another dysfunctional family comedy from 2003. Katie Holmes stars as April, who invites her dying mother and the rest of her estranged family to her apartment for Thanksgiving dinner.

Pauly Shore stars as Crawl, a big city boy, who travels to the Midwest for Thanksgiving, pretending to be the fiancé of a farmer's daughter he befriended at an L.A. college.

Yes, this one is a Christmas movie. But if you recall the opening scene to the movie, it is the Macy's Thanksgiving Day Parade. What better way to celebrate the end of one holiday, then looking ahead to the next one.

Did we missed one? Leave a comment and let us know your favorite!