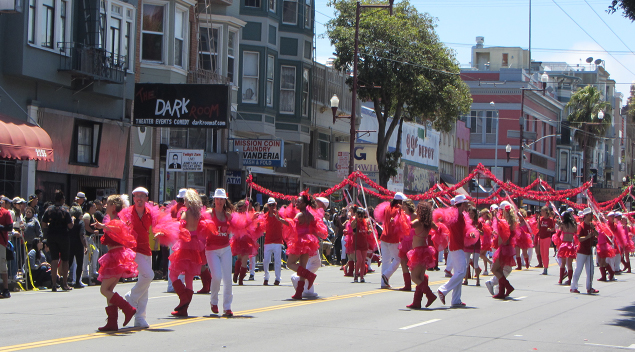 For many Bay Area residents, the Memorial Day holiday represents the unofficial start of summer. But for many more others, the holiday takes on a far greater meaning, to honor all of the brave military men and women who made the ultimate sacrifice while defending the nation. Held annually on the last Monday of May, locals and visitors alike are invited to join in on the many celebrations that will be held throughout the Bay Area. The following are five of the best Memorial Day events for the entire family in the Bay Area.

A spectacular fireworks show for the entire family will be one of the featured highlights over Memorial Day weekend at California's Great Adventure. The world-class fireworks display accompanied with patriotic music will be held Sunday evening May 29. Throughout the weekend, the popular Silicon Valley amusement park will also be offering free admission to current and retired service men and women and discount tickets to family members. On Memorial Day, California's Great America will also host a ceremony honoring America's past and current military personnel and will feature authentic U.S. military vehicles, a WW II veteran, a military color guard and active duty members who will be on hand to welcome and greet guests.

Related: 5 Things In The Bay Area That Exist Nowhere Else In The U.S.

The Mission District will be the place to go over Memorial Day weekend in San Francisco, especially for samba music and dance. That's because, the 38th annual Carnaval San Francisco returns as the single largest multicultural celebration on the West Coast. The free, two day family festival will feature live music entertainment on multiple stages, arts and crafts, amazing cuisine and other fun activities for the entire family. The highlight of the popular festival is the Grand Parade on Sunday May 29 at 9:30 a.m., when more than 50 multicultural music and dance groups, including several samba schools are expected to entertain a large crowd who will line the entire parade route which begins at 24th Street.

Held at Mt. Diablo High School in downtown Concord, Kidfest has consistently been named the Best Community Event from an East Bay reader's poll. Now in its 27th year, the three day festival featuring live entertainment, over 100 arts and crafts exhibitors, activities for children of all ages, special appearances from local celebrities and cartoon characters and plenty of great food for purchase. Among the special guests who are slated to appear at this year's festival are Michelangelo and Raphael of the Teenage Mutant Ninja Turtles, among a long list of other performers. Expected to be the city's biggest event of the year, proceeds benefit local education, youth sports and health-related nonprofits. Visitors can receive a discount off admission by bringing a canned food donation and seniors 65 and over are admitted free.

The largest Bay Area event on Memorial Day to pay tribute to America's fallen heroes will be held at the San Francisco National Cemetery at the Presidio of San Francisco. Also one of the largest events of its kind in the country, the event intended for all ages will commence at 10:30 a.m. with a parade from the Presidio's Officers' Club to the San Francisco National Cemetery and will feature the 191st Army Band, a color guard, veterans organizations and distinguished guests. Shortly after the parade concludes, a public ceremony will be held at the historic open-air rostrum and will feature several guests speakers including veterans and local politicians. The event will conclude with a 21-Gun Salute by the U.S. Army's 75th Pacific Division.

Now in its 37th year, the Morgan Hill Mushroom Mardi Gras is a family friendly event that celebrates the festival star - the mushroom. Held over two days over Memorial Day weekend, the free event will be held at the Outdoor Community Amphitheater and its surrounding area in downtown Morgan Hill. The annual festival will feature live entertainment on two stages, arts and crafts from local artisans, musicians and street performers and all sorts of tasty mushroom-related cuisine a largest number of gourmet food vendors. Families with children of all ages will especially enjoy the live entertainment on the Munchkinland Stage, in addition to amusement rides, a rock climbing ride and petting zoo.