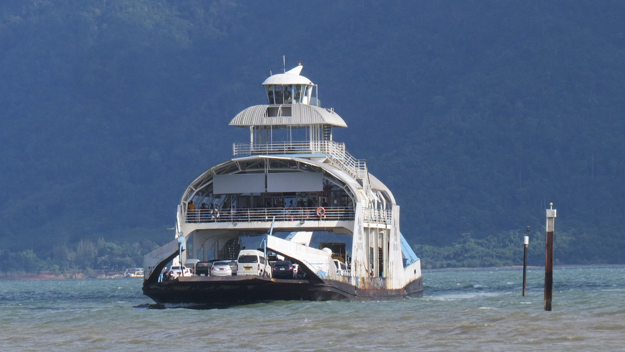 Many of the world's best destinations for island hopping can be found in Asia. With many leading countries supported by efficient forms of transportation, international visitors can visit major cities and also find time for an island getaway. Here is a look at five of the best Asian countries for island hopping.

What may surprise some prospective visitors is that Japan is not just a single island but nearly 7,000 islands. However, less than 20 percent of the Japanese archipelago is inhabited and most visitors travel to just the principal island of Honshu, where all of Japan's major cities are located such as Tokyo, Kyoto and Osaka. Still, with an extensive network of  ferryboats operating in the Land of the Rising Sun, visitors can easily visit and stay overnight at any of the three other main islands of Hokkaido, Kyushu and Shikoku, as well as other notable islands like Miyajima and Okinawa. Those who prefer a quicker route to Japan's other main islands can opt for a bus ride, train or plane.

Much like Japan, the Philippine Islands, or more simply the Philippines, is an island nation consisting of thousands of islands. Within the vast archipelago are the three primary geographical areas of the Visayas, Mindanao and Luzon, the largest and most populated island and the location for the capital city of Manila. Because 35 percent of the islands are inhabited, the residents rely on buses, ferries like FastCat and planes to travel between one island and another. This also allows travelers to visit and stay at some of the Philippines' most famous attractions, such as Coron Island in the province of Palawan, the island of Bohol — the location for the world famous Chocolate Hills — and the island of Boracay, once named the world's best island, located in the Western Visayas.

Located in Southeast Asia near the southern tip of Malaysia, Singapore is described as the world's only fully functioning city-state. While the vast majority of inhabitants live on the main island, Singapore consists of more than 60 other islands, both natural and manmade. Due to its proximity to the mainland, island hoppers can easily visit neighboring islands like Sentosa, Saint John's Island and Kusu via ferryboat. In all, the most popular destination is likely Sentosa, although it's particularly touristy due to the presence of Universal Studios Singapore, Madame Tussauds and S.E.A. Aquarium. Nevertheless, this island resort area is also noted for having one of the few beach areas in the city-state at the family-friendly Palawan Beach.

With more than 3,300 islands, visitors will love island hopping in South Korea. The largest, and certainly the most famous, destination is Jeju, located near the southwestern tip of the mainland. Also known as the Island of the Gods, Jeju Island was named one of the New7Wonders of Nature in 2011. Its most significant feature is the dormant volcano Hallasan, the tallest mountain in South Korea. While Jeju is clearly one of the country's premier destinations and the only location with airplane and ferry service, there are several other breathtaking islands to explore. Among the many amazing island retreats definitely worth a hop or more with overnight accommodations are Ulleungdo, Dokdo, Geojedo and Seonjaedo Island, where low tide features a sandbar that connects with the islands of Daebudo and Yeongheungdo. The official tourism site for South Korea provides a detailed examination of available ferries to each of the respective islands.

The Land of Smiles is filled with exceptional beauty and multiple hidden treasures not widely known by the casual tourist. While Bangkok is a must-see for any first-time visitor to Thailand, there several other amazing to visit, such as Chiang Mai, Krabi or one of the enchanting islands in the Gulf of Thailand or Andaman Sea. While many international visitors are familiar with the touristy island of Phuket, other more affordable and possibly less crowded spots can be found at places with overnight accommodations like Koh Tao, Koh Chang and Koh Samui in the gulf region and Koh Tarutao and Koh Phi Phi in the Andaman Sea.

Of  the suggested island destinations, only Koh Samui is accessible by air, with service provided from Thai Airways and other international carriers. But the easiest and most affordable way to Koh Samui, as well as other island hopping destinations, is by ferry from operators like Ferry Koh Samui, Koh Chang Ferry, Phuket Ferry and Thailand Ferry.