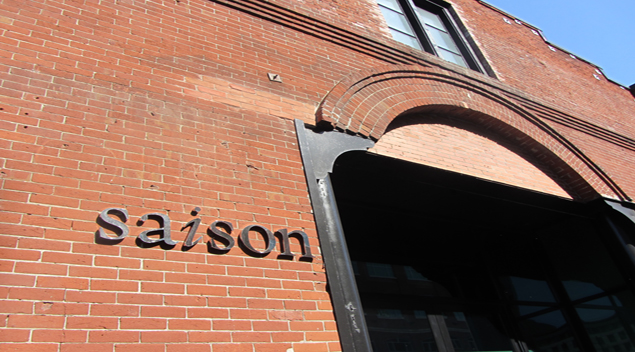 Certain cities are always in the conversation when extended to the five or 10 best food destinations. As interest in epicurean delights continues to grow, so does competition amongst American cities to draw tourism, in addition to the need to continually offer quality food at all levels of preparation. A few interesting aspects of the best food destinations: all share a rich history in food preparation and offer everything from incredible street food to restaurants demanding nothing but perfection in progressive cuisine. The following are five of the best foodie destinations in America.

Based upon multiple travel and food site reviews, the spectacular City by the Bay alternates with New Orleans as America's best food destination. With more than 3,500 restaurants, San Francisco has more restaurants than any other city per capita in the country. The Bay Area's three star Michelin restaurants are both in the Napa Valley, but San Francisco features 19 Michelin-starred restaurants and immensely gifted chefs like Joshua Skenes, Gary Danko and Ron Siegel, whose tireless passion is to satisfy even the most scrupulous food experts. Atelier Crenn, Benu, Coi, Quince, Saison, Michael Mina and Gary Danko are the most acclaimed restaurants but there's an enormous collection of other dining establishments that shouldn't be overlooked. Recommendations include Tadich Grill, the Cliff House, Boudin Bakery, Mission Chinese Food, The Slanted Door, Kappa and America's oldest Italian restaurant, Fior d'Italia. Last but not least are low-cost treats that helped shape San Francisco's culinary scene – clam chowder bread bowls, Crab Cioppino, Crab Louie, Mission burrito, and yes, even the fortune cookie.

While other cities might lay claim as America's top foodie destination, the Windy City might have the world's best restaurant. Last month, Alinea, Chicago's most heralded restaurant, was named Elite Traveler's Best Restaurant in the World for the third straight year and is the city's only Michelin three star restaurant. Led by 40-year-old Chef Grant Achatz and his illustrious staff, Alinea offers meticulously crafted dishes in its exceptional tasting menu, including steelhead roe, razor clam and otoro for an incomparable dining experience. Nevertheless, hundreds of outstanding restaurants can be found throughout a city perhaps more widely known for deep-dish pizza, Chicago-style hot dogs and Italian beef sandwiches. Other outstanding choices for foodies include Everest atop the Chicago Stock Exchange, the progressive French cuisine at Tru and Grace Restaurant, known for its exquisite flora and fauna prix fixe menus. For a more casual experience, Gino's East of Chicago, Superdawg Drive-In, Lou Mitchell's and Billy Goat Tavern are all cultural icons and emblematic of Chicago's rich history.

Although Michelin suspended its guide for Los Angeles five years ago, Angelenos

know there are hundreds, if not thousands of extraordinary restaurants scattered across the city map. Home to many of the world's most recognizable celebrities, it's not uncommon for visitors to spot A-Listers dining in high-end restaurants, browsing through local markets or lounging in classic delicatessens. While tastes will vary in a metropolitan area of four million people, some of the most prominent restaurants in LA are Providence, Mélisse, Spago, Cut, Chateau Marmont and Gordon Ramsay at the London. The second most expensive restaurant in the country is Chef Hiro's Urasawa in Beverly HIlls, with an astonishing omakase menu featuring 17 sushi varieties, Kobe beef, dessert and sake for $1,111 for a party of two. Equally famous, yet affordable restaurants include Pig'n Whistle, Canter's Deli, DanTana'S, Philippe the Original and for a classic, lower-budget LA experience – Pink's Hot Dogs, Randy's Donuts and the Original Farmers Market.

Featuring unique traditional foods, celebrity chefs and world-class dining, New Orleans truly is foodie heaven. Dependent upon the length of the stay, the challenge for food lovers is to savor as many dining establishments and mouthwatering dishes as time permits. Several of the city's most illustrious restaurants are in the French Quarter, most notably Emeril's NOLA, Paul Prudhomme's K-Paul's Louisiana Kitchen, Bayonna, Stella, Tujague's. The French Quarter is also where you will find the illustrious Grand Dames restaurants – Galatoire's, Broussard's, Arnaud's and Antoine's for some of the finest Creole dishes, like poulet aux champignons and filet de boeuf nature. Yet fine dining is not restricted to the French Quarter as other celebrated restaurants can be found in different parts of the city, like the venerable Commander's Palace in the Garden District and Emeril's New Orleans and the original Ruth's Chris Steak House in the Warehouse District. Even with all of these sophisticated restaurants, a trip to New Orleans would not be nearly complete unless foodies make it to local favorites, such as the Gumbo Shop, Daisy Dukes, Johnny's Po-Boys, and Cochon Butcher. Another local favorite is the the legendary Café du Monde, world acclaimed for its café au lait and incredibly delicious beignets besides being open 24 hours daily except on Christmas Day.

There is a bit of snobbery present in some luxury restaurants, but New York City is unquestionably one of the top foodie destinations in America. Boasting seven Michelin three star restaurants and a staggering 67 dining establishments with one star or more, the Big Apple is unsurpassed in the nation in sheer numbers of culinary extravagance. Yet even with high profile names like Daniel, Per Se and Jean Gorges, New York is also famous for delicatessens, street food and most every ethnic food imaginable. Foodie favorites such as Lobster Newburg, pasta primavera and eggs benedict even have authentic New York City origins. Recommended culinary landmarks for first-time visitors include the Palm Court at the Plaza Hotel, Carnegie Deli, Delmonico's, Fraunces Tavern and Katz's Deli, the oldest in New York and location of the "I'll have what she's having" scene from Nora Ephron's "When Harry Met Sally." Famous Nathan's hot dog stands can be found throughout New York but a side trip to Coney Island to the original Nathan's Famous is well worth the time and effort.

Related: Get On Board The Best Train Trips In America