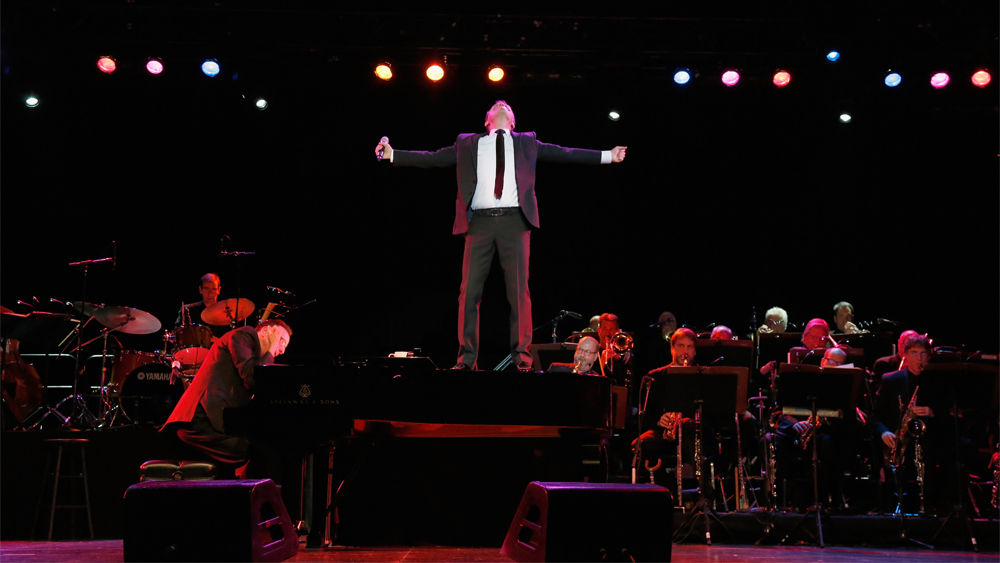 Move over, Las Vegas. The Bay Area's selection of splendid live entertainment dinner shows offers loads of variety and bags of talent. Magic, murder mystery and musical genius are presented under an antique tent, in intimate clubs, at a glamorous ballroom and even inside a moving vintage train carriage.

In partnership with Michael Feinstein, the multi-platinum, Emmy- and Grammy-nominated entertainer, an intimate 140-seat cabaret in the revamped Rrazz Room presents a constant stream of talented performers, including some name-up-in-lights Broadway stars. Drawing on the worlds of musicals, drag, jazz, rhythm and blues, many are friends of Feinstein's, widely known as the Ambassador of the Great American Songbook. Dinner is served upstairs at Restaurant Anzu or in the club as part of the table minimum.

Talk about a moveable feast! A three-hour murder mystery dinner show on the historic Napa Valley WIne Train is staged while the train is moving. Actually, so are the guests, as they interact with the cast to solve the onboard whodunnit mystery. The play is set in the year 1915, the same year as the Pullman carriage, so there's an opportunity to get your vintage look together. The event takes place once a month on a Friday night, with an extra show before Christmas.

Atop Nob Hill in the elegant Fairmont Hotel is the gorgeous ballroom where Tony Bennett first sang "I Left My Heart In San Francisco." The 2014-2015 lineup includes Tony Award winners, Broadway stars, Grammy legends and platinum-selling vocalists such as Leslie Uggams, Judy Collins, Ramsey Lewis, Lillias White, Billy Stritch and other big names. A lavish buffet dinner in the Laurel Court is specially priced with parking included for all Bay Area Cabaret guests to the Venetian Room.

Related: A Night At The Castro Theatre

The producers suggest digging out feather boas and fedoras for the grand re-opening. ZinZanni had to fold its tent at Pier 29 on New Year's 2012 so the city could make preparations for America's Cup. A new space has been located at Broadway and Embarcadero, exact location to be announced, with a tentative opening date of February 2015. Described as a "bewitching evening of European cabaret and cirque, divas and madmen, spectacle and sensuality with live music and a gourmet five-course dinner," many will be pleased to see the return of the dinner show and spectacle in an antique velvet spiegeltent.

Save on the airfare, there's nothing better than a taste of Las Vegas in downtown historic Martinez. Magicians warm the audience up with table side magic tricks during a set menu dinner service. After dessert (hand-dipped chocolate strawberries, anybody?), it's curtains up on the main stage for the 70-minute show. The featured magician changes weekly, always featuring some of the very best in the business every Friday and Saturday night in a vintage-style club setting.

Related: Where To Find San Francisco's Best Dance Clubs
Laurie Jo Miller Farr loves walkable cities. A tourism industry professional and transplanted New Yorker by way of half-a-lifetime in London, she's writing about the best of the bay and beyond for Yahoo, USA Today, eHow, and on Examiner.com.