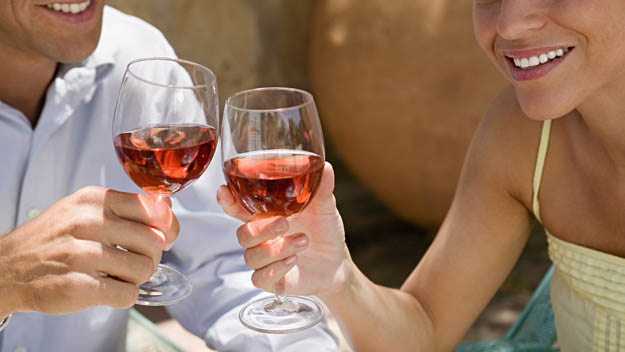 First and foremost, the magnificent Napa Valley remains America's top wine destination for wine lovers. However, the California Wine Country, which includes the captivating Sonoma Valley, is also one of the most expensive. And coupled with only a single-lane highway connecting the valley's communities, it can be very crowded, particularly during the peak summer months. While Napa Valley deserves to be mentioned on any short list of the country's top wine destinations, there are several other destinations nationwide that are worthy of merit. Along with the California Wine Country, the following are the best wine destinations for wine lovers in America.

Although Finger Lakes recently endured one of its worst winters in history, it remains one of the nation's most popular wine destinations. Located in Upstate New York, more than 10 lakes comprise the "fingers," whose wineries are world famous for their Vitis vinifera wines, most notably the aromatic white Riesling. Among the more than 200 wineries operating in New York's largest wine producing region are Fox Run Vineyards, Dr. Konstantin Frank and Fulkerson Winery, winner of Best New World White and Best New World Riesling at this year's New World International Wine Competition. Finger Lakes will host a number of upcoming events, such as Winestock NY 2014 on June 28 in Geneva, U.S. Finger Lakes Wine Festival July 11-13 in Watkins Glen and the Finger Lakes Riesling Festival August 9-10 at the New York Wine and Culinary Center and the Canandaigua City Pier. In addition to a host of dining and lodging options such as the Switzerland Inn, the Patio at the Watkins Glen Harbor Hotel and Snug Harbor Restaurant and Inn, other points of interest include the Corning Museum of Glass, Mark Twain Collection at Elmira College, Rockwell Museum of Western Art and the world famous Watkins Glen race track.

Napa Valley is the ultimate destination in America for wine lovers and is among the world's finest in wine production, luxury dining, accommodations and spa services. Among the approximately 500 wineries operating in the Napa Valley are Beaulieu Vineyard, Castello di Amorosa, Inglenook, Korbel, Robert Mondavi and Schramsberg. A verdant oasis 30 miles in length and five miles wide, the Napa Valley is world renown for Cabernet Sauvignon and Chardonnay, with scores of other award-winning varietals in lovely communities like Calistoga, St. Helena and Yountville, including Sauvignon Blanc and Pinot Noir. Last year, Wine Spectator placed three Napa Valley wines on its top 100 list, with Hewitt Vineyard's 2010 Cabernet Sauvignon ranked fourth, Kongsgaard's 2010 Chardonnay closely behind at fifth and Lewis Cellar's 2010 Cabernet Sauvignon in ninth. Attracting five million visitors annually, the Napa Valley can get quite crowded during the summer months, when area hotel resorts like Bardessono and Meadowood are at peak rates and reservations for celebrated restaurants like the French Laundry and Restaurant at Meadowood can be difficult to obtain. Even in the fall, when winery grapes reach the proper sugar/acid ratio for harvesting, hotel rates remain quite high in comparison to other outstanding wine destinations. Nevertheless, visiting the Napa Valley and neighboring Sonoma Valley should be at the top of the list for wine lovers most anytime of the year.

With wine production dating back to the Colonial Period, Virginia has had a rich history in the art of vinification. The largest region in the state is the scenic Shenandoah Valley, bounded by the Blue Ridge Mountains on the western border and Valley Appalachians to the east. Along the eastern front is the Shenandoah Wine Trail, considered the state's finest destination for wine lovers, featuring red and white varietals such as Cabernet Sauvignon, Merlot, Chardonnay, Sauvignon Blanc and the state's signature grape - Viognier. Blessed with award-winning wineries like Barboursville and Shenandoah Vineyards and a wealth of lodging and food options like Virginia's Natural Bridge Park and Historic Hotel, Waterwheel Restaurant at the Inn at Gristmill Square and Joshua Wilton House, other attractions along the trail include Blackfriars Playhouse, the world's only recreation of Shakespeare's indoor theatre, Civil War battlefields and Shenandoah Caverns, the only cavern in Virginia equipped with elevator service.

Featuring seemingly endless acres of resplendent oak trees, cacti, wildflowers and vineyards, Texas Hill Country is quite literally deep in the heart of Texas. Located in the southwest central section of the Lone Star State, Texas Hill Country is the nation's second most visited wine destination and among the best in the country for overall wine production, known primarily for Cabernet Sauvignon and Zinfandel. Stretching 15,000 square miles, several of the region's top wineries are located near historic Fredericksburg, west of Highway 290, including Fall Creek Vineyards, the oldest winery in the Hill Country, Grape Creek Vineyards, described as the Tuscany of Texas, and the award-winning Spicewood Vineyards. Great dining and lodgings abound in the Hill Country and among the leading recommendations are Cabernet Grill, Bejas Grill, Otto's and Navajo Grill and Inn Above Onion Creek, Back Forty of Fredericksburg and the breathtaking Horseshoe Bay Resort, listed as one of the country's best golf resorts by Golf Magazine.

The largest AVA in Oregon, the Willamette Valley hosts more than 200 wineries producing several varietals, most notably its internationally acclaimed Pinot Noir. Extending 150 miles from Portland, at the confluence of the Willamette and Columbia Rivers in the north to the "Emerald City" of Eugene in the south, the region produces two-thirds of the state's wine, helping Oregon become one of the country's leading producers. Among the valley's top vintners are Archery Summit, Domaine Drouhin and Domaine Serene, recently acclaimed for its 2010 Pinot Noir, ranked third on Wine Spectator's Top 100 Wines of 2013 and the highest American entry. Top choices for food and accommodations include Bentley's Grill in Salem, Joel Palmer House in Dayton, the Dundee Bistro in Dundee, the converted silos at Abbey Road Farm B&B, the Grand Hotel in Salem and the luxurious Allison Inn and Spa in Newburg – Condé Nast Traveler's #1 Hotel in Pacific Northwest in 2013 and Travel+Leisure's top rated U.S. Hotel Spa and Wine Country Hotel in the U.S. in 2012.

Related: Best Historic Vacations In The US