California is a mecca for craft beers, which are non-traditional, individually brewed beverages that ordinarily reflect the background and interest of the brewers. Although some gourmet grocers carry bottled small inventories of these personalized creations, the best craft beer experience is hoisting a glass filled directly from a bar tap. We've picked out some of the tastiest and most interesting brews. It was hard, but someone had to do it. Join us on a Peninsula bar crawl to seek out and sample the best of the best.

Ale Arsenal is loaded with 22 rotating craft beer taps and all are hand picked for quality, covering a wide range of flavors. Sample Anderson Valley Featherleggy Bulrusher, a Barney Flats Oatmeal Stout aged and soured in oak-port barrels at $7 for 12 ounces. Or perhaps more to your taste is Triple Voodoo Inception Belgian Style Ale, a "bright and clear with a sharp alcohol note in the beginning and an added twist of black currant in the center of the flavor profile," weighing in at $6 for 12 ounces. Check out the website's calendar of events for up-to-the-minute information about brew availability.

Bair Island refers to a 3,000-acre undeveloped marsh area in the Don Edwards San Francisco Bay National Wildlife Refuge east of San Carlos. Keeping in mind the ecological aim of restoring the tidal wetlands environment, Bair Island Tap + Eatery claims its name by featuring numerous taps of locally brewed craft beer and wines and a menu built around meats and fresh produce from local and sustainable sources. Bair offers Moylan's Hopsickle Imperial Ale, a copper color beverage with a white head which fades slowly over time. The hoppy aroma contains hints of grapefruit and pine complemented by a sweet caramel smell and taste. As the taste advances, the bready flavor remains while some of the sweetness is lost to a good wallop of citrus hop. The texture is thick and creamy with a slightly lower-than-average carbonation. Enjoy this delicious libation at $9 for a 12-ounce glass and $12 for a 19-ounce glass. Medium-bodied Bear Republic Red Rocket Ale has a half-finger head on a clear amber body. A hoppy grapefruit and orange peel aroma and the great caramel malt backbone combine for a flavorful and very drinkable brew. Try Red Rocket at $5.50 for a 12-ounce glass or indulge in a 19-ounce version for $8. Can't make up your mind? Have a four-beer sampler for $10.

City Pub has Stone Brewing Company's Arrogant Bastard Ale on tap. The brewer finds it "quite doubtful that you have the taste or sophistication to be able to appreciate an ale of this quality and depth" and suggests that you probably won't like it. But go ahead and form your own opinion. A glass is only $3.75 and a pint is $5.25. Another brew to try is Dogfish Head 90 Minute IPA at $4.25 by the glass and $6 for a pint. This is an imperial IPA with a great malt backbone and a pungent but not crushing hop flavor.

Steelhead Brewing Company at Burlingame Station not only has an outdoor beer garden and a broad menu which encourages family-style dining and large parties, it also boasts an interior reminiscent of a gentleman's private club with granite-topped bars, cherry-stained tables and comfortable wingback chairs. But craft beer lovers don't flock here for the décor. They gravitate towards the more than 10 award-winning beers on tap. Savor the flagship ales: Hairy Weasel Hefeweizen, a mild flavored, straw-yellow, slightly cloudy wheat beer served with a lemon slice; Barracuda Blonde, an American-style cream ale that's crisp, delicate and effervescent with a light golden color; and Raging Rhino Red, a favorite with its deep red-amber tones and luscious taste combination of roasted toffee and caramel. 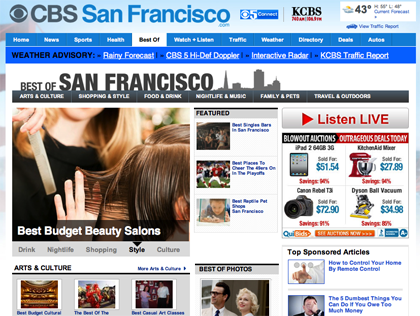 Nina Holtons creative background in travel and cooking and a passion for writing empowers her to share the Bay Area scene with readers avid for information about where to go and what to do. A free-lance online journalist, she lives in Santa Clara; and her work can be found at Examiner.com.