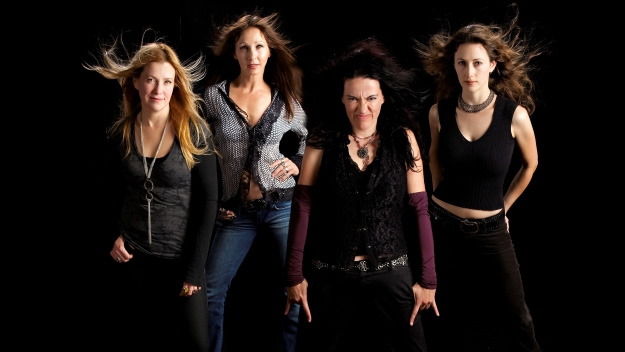 You won't have trouble finding talented musicians in the Peninsula showing their favorite artists love by playing hits that make their fans reminisce and feel like they're actually watching The Who, Madonna or Kiss. Stand at one of these tribute shows and you won't believe your ears. Get in on some of the best cover bands in the Bay Area and click here for a list of some other standouts.

Another local Bay Area standout act is a four-women band known by many as Zepparella (pictured above). These musicians bring the passion and supreme musicality of one of the world's greatest bands to life. Zepparella is one of the most sought after cover bands and has a large following of fans known to travel with this band as it plays between states. Touring in the past throughout the U.S. has included opening for bands like Weezer, Kiss and Y&T, and playing at numerous festivals, theaters and rock venues.

The Trouble with Monkeys
www.punkthemonk.com

There is a band in the Bay Area that plays all of The Monkees' hits with an added punk flair of pounding grooves and fired-up guitars. The Trouble With Monkeys - a tribute band that unleashes The Monkees' '60s melodies and soaring vocals - plays at regular venues in the Bay Area like Club Fox in Redwood City, 23 Club in Brisbane, St. James Gate in Belmont and the San Mateo County Fair in San Mateo.

Phil 'n the Blanks is a San Francisco-based rock cover band specializing in high-energy classic and modern rock dance music. The band plays rock favorites from AC/DC, Boston, Bon Jovi, Journey and even some country. Phil 'n The Blanks is also philanthropic and lends its talent to help worthy causes in and around the Bay Area. Check out upcoming events for this band at www.philntheblanksband.com.

Tainted Love is a San Francisco-area cover band that plays an extensive list of songs from the 80s. Set lists from some of its rocking, highly energized performances include Michael Jackson, George Michael, Whitesnake, Loverboy, Eurythmics, Blondie and Cyndi Lauper. The band plays regularly at Fox Theater in Redwood City. Hurry and buy yours as tickets typically sell out for this band's shows.

If you are a fan of Tom Petty and the Heartbreakers, Petty Theft is next to the real deal. Comprised of six professional Bay Area musicians, the band plays tribute music made famous by the great blues rock icon. The songs Petty Theft plays during its live shows are from many of Petty's revered classics as well as his current hits. The band began in 2005 and has been playing for fans in clubs, private parties and large festivals. According to the band, it's not about costumes and get-ups, but about the music. Many of the band members are extremely skilled musicians with an array of famous names of musicians they've shared a stage with.

Kelly Gullo is a freelance writer in San Francisco, CA. Kellys topics are about music and nightlife. Kelly has also written a variety of articles on health and dieting and topics related to the environment. Kelly has a degree in journalism and public relations from Ferris State University in Big Rapids, MI. Her work can be found at Examiner.com.