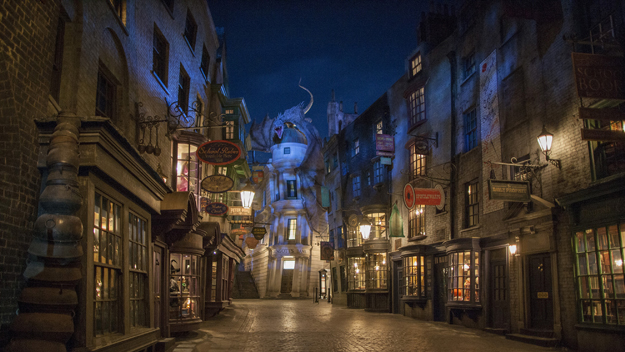 If you're looking to treat yourself to that long overdue vacation, there's a destination perfectly suited for you and your family. Although many of the best cities for vacationers with small children are obvious, there are a number of reasons why these cities are so popular. Although many of the most famous attractions oftentimes come with a hefty price tag, chances are your child will never ever forget that first experience visiting a favorite amusement park or visiting a favorite cartoon character. Here are five of the best American cities to visit while traveling with kids under five, all guaranteed to provide memories that will last a lifetime.

Ask any child where they want to go and more often than not, the answer is Disneyland. Indeed, the Happiest Place on Earth is the world's third most visited amusement park and is only eclipsed by two other Disney properties, in Orlando and Tokyo (in that order). Many of Disneyland's most popular rides are suitable for preschoolers, such as the Casey Jr. Circus Train, It's a Small World and Alice in Wonderland. Preschoolers and kids of all ages can also enjoy meeting some of their most favorite Disney characters, including Anna and Elsa from "Frozen," Mary Poppins, Donald Duck and, of course, Minnie and Mickey Mouse. Downtown Disney and California Adventure, adjacent to the Magic Kingdom, are also great places for children under five, in addition to neighboring attractions such as Knott's Berry Farm, Orange County Great Park and Newport Beach.

Related: Ask An Expert: Tips On Traveling With Kids

Orlando is home to the world's most popular theme park and unquestionably a great city to visit for families with small children. Walt Disney World is an enormous entertainment complex, comprised of four amusement parks, several resort hotels and other attractions. The main draw is the Magic Kingdom and just like Disneyland, is a perfect choice for children under five. More than 25 rides are suitable for preschoolers in addition to meeting favorite characters like Alice in Wonderland, the Fairy Godmother, Tinker Bell and Mickey Mouse. The greater Orlando area also has an assortment of other great activities to enjoy for families with small children, including Universal Orlando Resort and Legoland Florida.

With one of the most popular zoos in the country and white sandy beaches amid temperate waters, San Diego is another great choice for young children and their families. The San Diego Zoo, located in Balboa Park, features more than 3,700 rare and endangered animals, including the always entertaining penguins and the beloved giant panda bears. The San Diego Zoo's Safari Park is also suitable for families and their young children, as well as other attractions in Balboa Park, such as the Balboa Park Miniature Railroad and the Balboa Park Carousel. Families can also take their children to one of the many beaches in San Diego, like Mission Beach, Coronado and Pacific Beach.

The City by the Bay has a wide assortment of attractions suitable for children under five and their families. The Exploratorium at Pier 15 along the city's historic waterfront was recently named the Best Kids Attraction in the U.S., but other good places to visit include Fisherman's Wharf/PIER 39 and Golden Gate Park. Yerba Buena Gardens in downtown San Francisco is another recommended spot to visit, with places like the Cartoon Art Museum and Children's Creativity Museum, featuring the Leroy King Carousel. In Golden Gate Park, families can entertain their children at the Koret Children's Quarter, with a boat ride on Stow Lake or with a visit to Steinhart Aquarium at the California Academy of Sciences.

The nation's capital is an excellent place to visit for families with children under five. All of the museums located along the National Mall are free including family favorites like the Museum of Natural History and the National Air and Space Museum. Another great place with no admission is the Smithsonian National Zoo, one of just four zoos in the U.S. featuring giant pandas. Although many of the best attractions to visit are absolutely free, one attraction particularly interesting for children under eight years old is the National Children's Museum, located at National Harbor.

Related: Your City Guide To Washington D.C.
Randy Yagi is a freelance writer covering all things San Francisco. In 2012, he was awarded a Media Fellowship from Stanford University. His work can be found on Examiner.com Examiner.com.