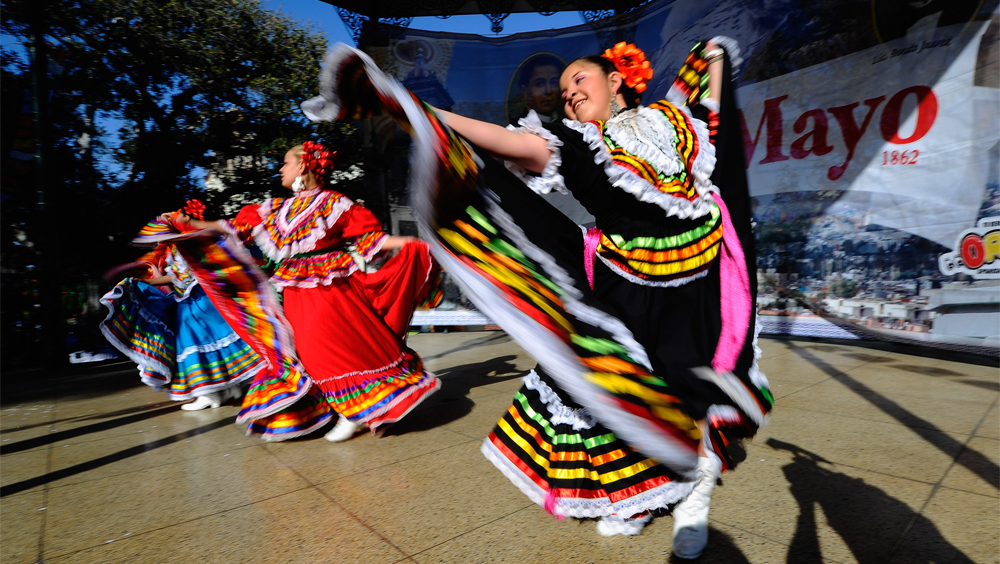 The Bay Area hosts some of the largest and certainly the best Cinco de Mayo events in the country. The annual celebration held throughout the United States and parts of Mexico is a festive time where people can enjoy many aspects of Mexican culture, such as Mariachi music, baile folklórico, arts and crafts and of course, superb Mexican food. Because Cinco de Mayo doesn't always fall on a weekend, many of the best Bay Area events are held on the weekend prior to the day that celebrates the bravery of the Mexican Army over the French Army at the Batle of Puebla. While celebrations will be held at virtually every city in the Bay Area, here are five of the best Cinco de Mayo events to attend.

Hola USA will be hosting its second annual 5K Family Run/Walk at Arena Green, adjacent to the SAP Center, along with the Fiesta Cinco de Mayo following the race. The event is described as a celebration of fitness and Latino culture and will feature live entertainment and medals for all race participants. The race 5K race begins at 9 a.m. and runners and walkers will follow a course that first heads towards Highway 280 before looping back towards downtown San Jose and Guadalupe River Park. Food and refreshments will also be available at the Fiesta Cinco de Mayo.

Los Lonely Boys headlines a concert at The Fillmore on the evening of Cinco de Mayo. Best known for their 2004 number one hit "Heaven", Los Lonely Boys are a Texas-based trio of brothers Henry, Jojo and Ringo Garza and previously released a live album at The Fillmore in 2005. The Southern California rock band Lukas Nelson and Promise of the Real who recently accompanied Neil Young on a recording project, will open the show. Los Lonely Boys and Lukas Nelson and the Promise of Real are also scheduled to perform two days earlier at the Uptown Theatre in Napa, on Sunday May 3rd.

The 10th annual Peace and Unity Parade is expected to draw thousands of people to this family friendly celebration in western Contra Costa County. The immensely popular parade held for the cities of Richmond and San Pablo will begin at the Richmond Civic Center before proceeding for two miles down 23rd Street and finishing near San Pablo City Hall. After the parade, the family friendly festival will be held at St. Paul's Catholic Church, where attendees can enjoy a full day of entertainment, dancing and a variety of Mexican and Latino food. Other East Bay cities hosting Cinco de Mayo events include Moraga and San Leandro.

The vibrant Mission District community will once again be the center of San Francisco's largest Cinco de Mayo festival. Featuring live music, traditional dancing and some of the best Mexican food in the entire country, the family-friendly event will be held along Valencia Street between 21st and 24th Streets. Among the notable artists scheduled to be appear at this alcohol-free celebration are Ensambles Ballet Folklórico de San Francisco, gifted ranchera singer Berta Olivia and the Mariachi Mexicanisimo, San Francisco's salsa band Conjunto Picante and 8-year-old Mariachi singer German Contreras. Celebrating its 10th year, the San Francisco Cinco de Mayo Festival is produced by the Mission Neighborhood Centers and is expected to draw as many as 10,000 people.

In years past, downtown San Jose has been the location for one of the largest Cinco de Mayo celebrations in the country. What kicks off the weekend festivities is the festival held at the Santa Clara County Fairgrounds, where thousands of people can enjoy great food, live music, traditional dancing and arts and crafts. In the evening, a larger crowd is expected to descend upon downtown San Jose although no official event has been announced. The City of San Jose had previously hosted a Cinco de Mayo parade through downtown San Jose but replaced it with the much smaller, family-friendly Puebla Celebration and Cinco de Mayo Festival in East San Jose the weekend after May 5.

Related: Best Places For Sangria In The Bay Area
Randy Yagi is a freelance writer covering all things San Francisco. In 2012, he was awarded a Media Fellowship from Stanford University. His work can be found on Examiner.com Examiner.com.