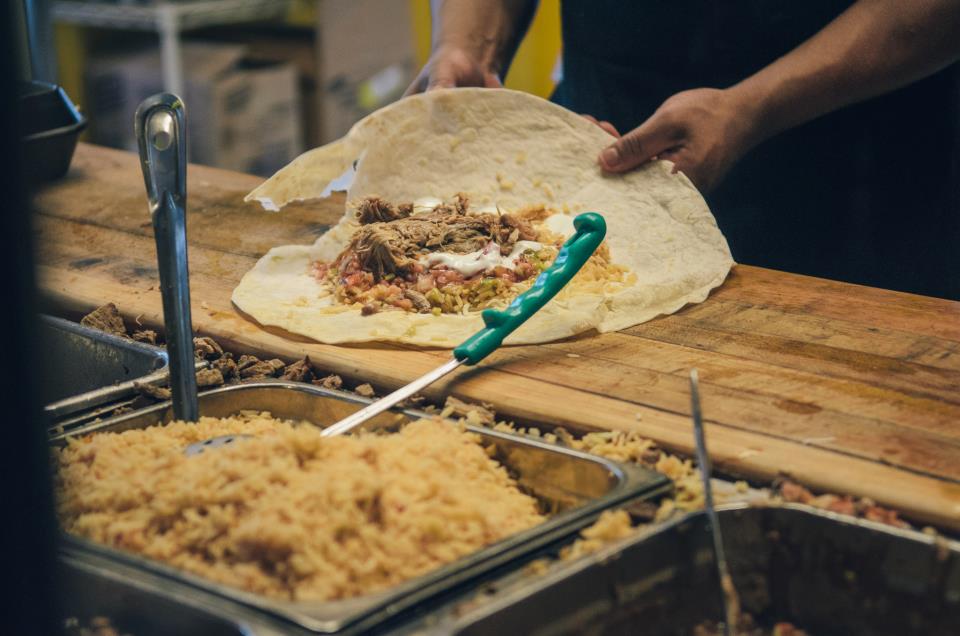 San Francisco's Mission District is probably the best place in America for burritos. After all, the popular Mexican dish most Americans are familiar with is the mission burrito, first introduced in San Francisco in the 1960s. That reputation was reinforced last year, when the Mission District's La Taqueria was named El Grand Campeon for serving America's Best Burrito by the influential polling site FiveThirtyEight. But that national distinction also created even larger lines at La Taqueria and other popular Mission District eateries serving authentic Mexican food like Taqueria Cancún, Papalote and Taqueria La Cumbre, the disputed birthplace of the mission burrito. With a nod of approval to all of the outstanding taquerias and food trucks in San Francisco and to those whose favorite was omitted, here is a look at five of the best burritos outside of the Mission District.

There are six Gordo Taquerias across the Bay Area, but the location getting the most attention is in Albany, just north of the Berkeley Marina. Last year, the local chain was ranked third for best burrito in the Bay Area from a reader poll. But it was the Albany restaurant that garnered national attention when The Daily Meal ranked it sixth among the 35 Best Burritos in America. Gordo Taqueria lists both regular and super burritos, with prices much lower than what's found in many other Bay Area taquerias. All of the burrito selections are noteworthy but locals frequently rave about the chicken carnitas and chile verde.

From the outside, La Mission looks like you're walking up to an outdated Taco Bell restaurant. But once inside, you know you won't be seeing a dollar menu nor getting a sloppily made Burrito Supreme. The seating might be familiar but here you'll find authentic Mexican food, like enchiladas, chicken or pork mole described as the "best mole in 40 years," tacos and burritos. The acclaimed mole is featured in El Mission's house specialty burrito served with rice and beans. Last year, La Mission beat out San Francisco's Taqueria Cancun in a burrito competition held by SFWeekly.

Located just one block from San Jose State University, La Victoria has been a popular spot for students, faculty and staff since 1998. Due to its immense popularity, the small family business opened four more La Victoria Taquerias in the Bay Area, including two more locations in San Jose. The original location has been named as having the best burrito in San Jose by the local weekly newspaper and has a Zagat rating of 23 for its food. Well known for its secret orange sauce, La Victoria offers nine choices of meat, including pork carnitas, grilled chicken, al pastor and carne asada. In a recent local reader's poll, La Victoria Taqueria was ranked third for the best burrito in the Bay Area.

Including El Farolito on this list may be cheating a little, since the taqueria in the Mission District had the 11th best burrito in America by The Daily Meal. But there are eight other locations across the Bay Area offering the same exact menu and using the same ingredients and cooking methods. Famous for its two-pound Bosses Burrito, El Farolito is Zagat rated and in 2013, served as the Most Life-Changing Burrito in America by Esquire and also was featured on the Travel Channel. Each location offers regular and super burritos with 14 choices of meat, including al pastor, carnitas, chorizo and a vegetarian option. The Taquerias El Farolito in Rohnert Park should not be mistaken for El Farolito Mexican Restaurant, another excellent spot for authentic Mexican cuisine, with two locations in the North Bay.

Known for some of the best carnitas in the Bay Area, Taqueria Los Charros also gained national attention last year from The Daily Meal. The popular food and drink website placed Los Charros at number 16 amongst the 35 Best Burritos and among America's 50 Best Mexican Restaurants – just one of two Bay Area restaurants (along with El Taqueria) with that distinction. Los Charros offers regular, super and jumbo burritos, with nine selections of meat, including traditional favorites such as pollo asado, carne asada and al pastor. Also on the menu huevos con chorizo (sausage and eggs), pescado (fish fillet), burritos fajitas de camaron (shrimp), a wet burrito filled with green chile sauce and melted cheese and a mini bean and cheese burrito.

Related: Best Food Trucks In San Francisco
Randy Yagi is a freelance writer covering all things San Francisco. In 2012, he was awarded a Media Fellowship from Stanford University. His work can be found on Examiner.com Examiner.com.