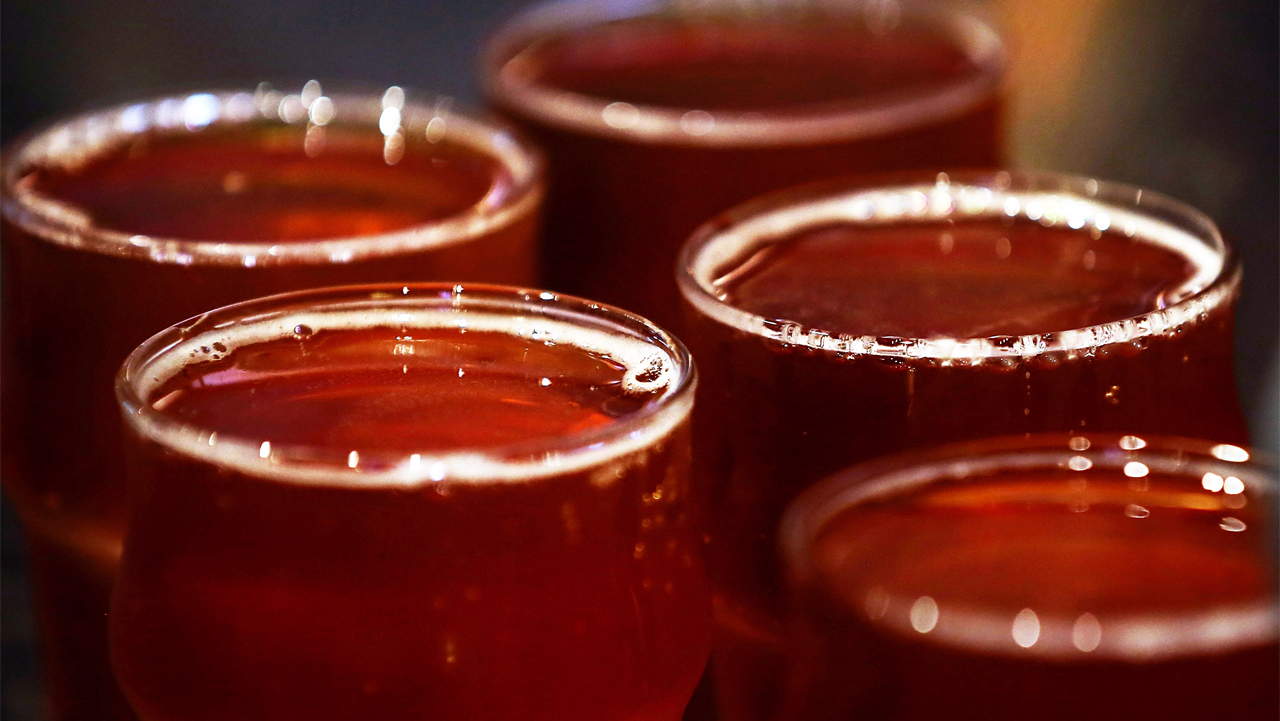 Booking a brewery tour is a great way to experience the fun of visiting a brewery without the hassle of finding a designated driver. Visiting a brewery offers a chance to go behind-the-scenes to learn how the brews are developed, as well as the opportunity to taste what each brewery has to offer. The Fog City is home to a variety of small craft breweries which will tempt any passionate beer lover. Let the whole group join in the merrymaking by booking one of these San Francisco brewery tours.

San Francisco-based Bay Area Brewery Tours offers both public and private tour group packages to some of San Francisco's finest breweries. Tour stops may include a visit to Beach Chalet Brewery, Speakeasy Brewery, or the Thirsty Bear Brewing Company, among others. Public tours are offered Friday through Sunday, run approximately four to five hours, and include bottled water and a souvenir glass. Customizable private tour packages can accommodate anywhere from two to 22 people, run between four and seven hours, and may include meals. All trips include round trip transportation.

Vantigo offers up the quintessential San Francisco experience by conducting all tours in vintage VW vans. Tours are held Tuesdays through Sundays and include stops at three SF breweries: Magnolia Brewing, Triple Voodoo Brewing and Cellarmaking Brewery Company. Tour groups are small as limited by van size, and include tasting flights, a souvenir and access to chilled craft beers to be enjoyed inside the van. The tour company also conducts San Francisco city tours, winery tours, and oyster, mead and cheese expeditions.

For those willing to make a trek over the bridge, Brew Brothers Brewery Tours is based just north of San Francisco in Sebastopol. The creation of a craft beer enthusiast and a home brewer, Brew Brothers conducts tours of a number of north bay breweries, including Woodfour Brewing Company, Old Redwood Brewing Company, and Third Street Aleworks. All tours include a designated driver, enthusiastic guides and great brew tasting selections. For those with more diverse tastes, check out Brew Brothers Distillery and Brewery Tour which includes a visit to two Sonoma County spirits distilleries and one brewery.

One of San Francisco's best-known breweries, the Anchor Brewing Company is one of the country's oldest craft breweries. Dating back to the Gold Rush era, the brewery originally began near Russian Hill and was christened with the name Anchor in 1896. Tours of the modern-day brewery are held Mondays through Saturdays, last about an hour and a half, and include a tasting session. Kids are welcome on the brewery tour, but are not allowed to sample beers as per law. Reservations are required and tours are $15 per person.

North Bay Brewery Tours primarily specializes in all things North Bay, but often offers tours into San Francisco breweries. The company conducts two types of brewery tours, including a bus tour, perfect for those looking for a fun party atmosphere, as well as a private VIP tour catering to those passionate about the nuances of home brewing. The bus tour includes round-trip transportation and five hours of fun visiting three area breweries and beer service on the bus. The VIP experience runs closer to six hours, includes a meal, behind-the-scenes brewery action, and a presentation on how beer is made. Prior specialty tours included a San Francisco cider tour.

Related: Top Beer Gardens To Enjoy A Brew In San Francisco
Joanna Metheny is a freelance writer covering all things South Bay. Her work can be found on Examiner.com.