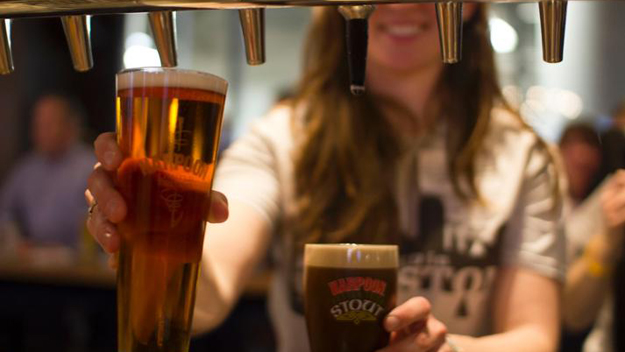 Many vacations are planned around different things, including visiting historical sites, the beach and different wineries. Beer enthusiasts can also have the vacation of their dreams by planning a beercation. There is a wide variety of vacation destinations available where beer nerds can plan the perfect vacation getaway, themed around their favorite beverage.

There is a craft brewery in every state across the country, however only a select few destinations make it possible to have an authentic and enjoyable beercation.

Here is a list of some of the best beer destinations in America:

The beer scene of Asheville is one that offers beer enthusiasts a lot of variety. Options in the area include different themed bars, brewpubs, breweries, restaurants, cideries and micro craft breweries. Per capita, Asheville has the highest rates of craft beer consumptions in the southeastern portion of the country.

The best way to see more than 20 craft beer breweries up close and personal while in Asheville is to explore the Asheville Ale Trail. Everything beer-related is included and can be explored during this self-guided tour.

Related: Top Breweries Across The Nation

Home of the Atlanta Braves, Centennial Park and Coca-Cola, Atlanta offers plenty of beer-drinking opportunities. Breweries in the area include SweetWater Brewing, Jekyll Brewing, Red Brick Brewing, Eventide and Monday Night Brewing. SweetWater Brewing is an Atlanta-based brewery and is one of the biggest craft breweries in the country. While visiting, beer enthusiasts can enjoy the citrusy 420 Pale Ale, Georgia Brown Ale or the LowRyeDer IPA.

Atlanta is also home to The Wrecking Bar, a brewpub that every beer lover must visit when in the area. Other must-see pubs in the area include Napolean's and the Trappeze Pub.

Beer tours are available through many of the the area's most historic breweries, including Sam Adams. Boston Beer Tours will take you on a tour to each of the top breweries in the area. This tour offers special insight into Boston's beer history and classes showcasing how to pair foods with the best beer.

Boston is also home to Trillium, Harpoon Brewery, Cambridge Brewing Company, Idle Hands and Watch City Brewing Company. If you are looking for a beer festival, visit Boston in March when all of the beer nerds gather for the American Craft Beer Fest. This fest is the perfect time to try local craft beers and share your beer stories with other enthusiasts.

Chances are you have heard people boast about their wine getaway to the Napa Valley area. However, not everyone enjoys wine enough to tour a winery; many prefer a nice cold pint of beer. So if wine is not your thing but beer is, you need to check out the "Napa Valley of Beer."

Denver makes it possible to go from brewery to brewery for self-guided tours on foot or through the use of public transportation. You can download a self-guided brewery tour map from the Denver Beer Guide for an adventure you will never forget. Guided brewery tours are also available at Coors Brewery, Great Divide, Denver Beer Company, River North, Cannonball Creek Brewing Company and Prost.

Brewery tours throughout the city are also available through Denver Brews Cruise, Banjo Billy's Denver Brewery Tour and the Denver Microbrew Tour. Each tour lasts a couple of hours (sometimes longer) and will take you to the top breweries in the area.

Denver is also home to the three-day event every beer nerd should attend at least once in their lifetime. The Great American Beer Festival is held annually in the fall and is one of the biggest beer festivals in the country.

Once known as the "Beer Capital of the World," Milwaukee is home to many of the world's largest breweries and also has an interesting beer history. With breweries such as Miller, Pabst and Schlitz based in Milwaukee, it is no wonder why the city's baseball team is named the Brewers and the city has landed on many beer nerds' bucket lists.

Originally part of the Pabst brewery complex, Brewhouse Inn and Suites is the perfect destination for those looking for a beercation. This boutique hotel offers everything you need as a base of operation for your beercation. You can spend days touring local breweries, such as Lakefront and Milwaukee Brewing, or explore the Pabst Mansion. Then spend your evenings at local pubs, such as Palm Tavern.

Milwaukee is also home to the SummerFest, one of the largest music festivals held annually in June and July. This is a great time to enjoy amazing music, lots of activities and try some new beers from local breweries.

Philadelphia has more than historic value for those vacationing in the area. This area has a longstanding reputation for serving the best pilsners in the country. Philadelphia is home to McGillin's Olde Ale House, which is the city's oldest tavern dating back to the 1860s.

For years, beer enthusiasts have visited the Portland area for more than just the beer. The view in this area is absolutely amazing and it's the perfect place to sit back and enjoy a pint or two. Many beer nerds refer to this area as Beervana. Portland is located between the Columbia and Willamette rivers and is home to more than 70 breweries. Make plans to stay at The Kennedy School Hotel, which has a brewery right on sight and puts you close to all of the beer action.

Breweries in the area include Breakside Brewery, Cascade Brewing Company, Upright Brewing Company, Hair of the Dog Brewing Company, Widmer Brothers Brewing and The Commons Brewery. Hopworks Urban Brewery is another must-see brewery, featuring the BikeBar. The BikeBar has stationary bikes located throughout this unique pub for patrons to ride while trying the different beers available.

There is more to San Diego than just surfing, theme parks and Segway tours. Close your eyes and imagine this. You are sitting on the beach, listening to the waves crash on the shore, while sipping your favorite craft beer. Sounds like the perfect vacation right? You bet it does.

San Diego is home to many new breweries, all of which like to experiment with new IPAs and work their hardest to be the best in craft beer making. Must-see breweries include AleSmith, Green Flash Brewing Company and Ballast Point Brewing and Spirits.

Related: San Diego Getaway Guide
Heather Landon is a freelance writer with more than 20 years of experience. She has combined two of her passions - writing and travel - to share her experiences with others. You can read more of her articles at Examiner.com.